Ben Shapiro, Who Once Blasted Obamacare ‘Death Panels’: An 81-Year-Old Dying From Virus is ‘Not The Same’ as 30-Year-Old 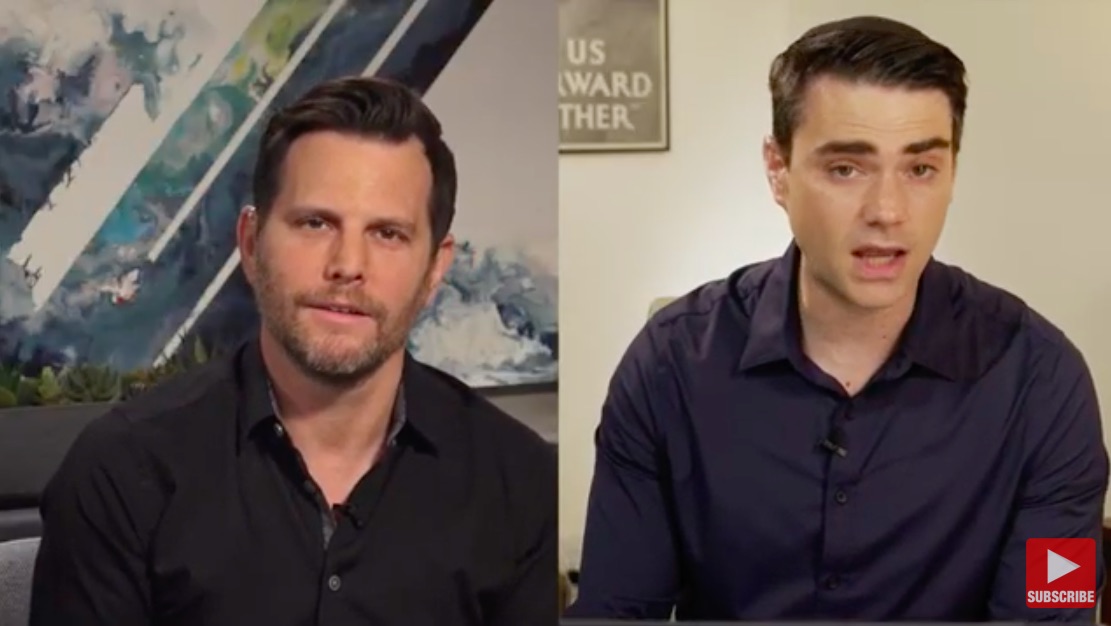 Daily Wire editor-in-chief Ben Shapiro, who once railed against the specter of Obamacare “death panels,” said on Wednesday that the country would have to make “actuarial” decisions about the risks of reopening the economy while noting that 81-year-old grandmas dying of Covid-19 is “not the same thing” as a 30-year-old succumbing to the virus.

Shapiro made his comments to the Rubin Report YouTube program. In it, he talke at length about the public policy calculus that governors must use to when timing the start of the rollback of rigid lockdown and social distancing rules that health experts have attributed to a lower spread and death toll.

“You’re going to have to acknowledge that it might cause another spike, that’s a little scarier, like actually admitting the truth rather than just say ‘No, we’re just going to lockdown forever,” host Dave Rubin said, teeing up the discussion. Some governors, like Texas’ Greg Abbott and Georgia’s Brian Kemp, have aggressively pushed to relax their state’s quarantine rules this week, even though not one state in the country has fulfilled the Trump administration’s recommended 14-day decline in coronavirus cases to begin Phase One reopening.

“Nobody just wants to say the obvious truth,” he continued, “which is we’re all making actuarial deductions about what are the costs in terms of how many human lives, how many years of life, because that is an actual issue in actuarial tables. If somebody who is 81, dies of Covid-19 that is not the same thing as somebody who is 30 dying of Covid-19.”

The relevant portion of the discussion begins at the 35:55 mark in the video below.

However, Shapiro’s notable sang froid about elderly people being struck down by the coronavirus stands in stark contrast to his tone several years ago, when wrote an anti-Obamcare piece for the far right website, Breitbart, that was not-so-subtly titled “The Death Panels Are Coming.”

In that piece, Shapiro railed against the prospect of the Affordable Care Act resulting in “rationing of care” and listed several examples of federal healthcare guidelines that suggested curtailing preventative tests like mammographies, colonoscopies, and PSA screening for adults in their seventies and eighties as a cost-saving measure. He did note the government task force’s guidelines were “recommendations” that doctors were free to ignore, but that didn’t stop him from fear mongering over phantom “death panels,” a propaganda narrative that Politifact called its 2009 “Lie of the Year.”

Shapiro, during his newfound embrace of government-based decisions about who lives and dies, did not happen to mention his past history of slamming such a technocratic approach during his conversation with Rubin.

“If grandma dies in a nursing home at age 81, and that’s tragic and that’s terrible, also the life expectancy in the United States is 80,” Shapiro told Rubin moments later, without spelling out the implication of this observation for those who have now lived beyond their life expectancy at birth. “So, that is not the same thing. In moral terms, you want to save every life you can. At the same time, to pretend that it is of the same, it is the same calculation, the age of the person, no public policy acts like that, not a single public policy in America acts like that.”