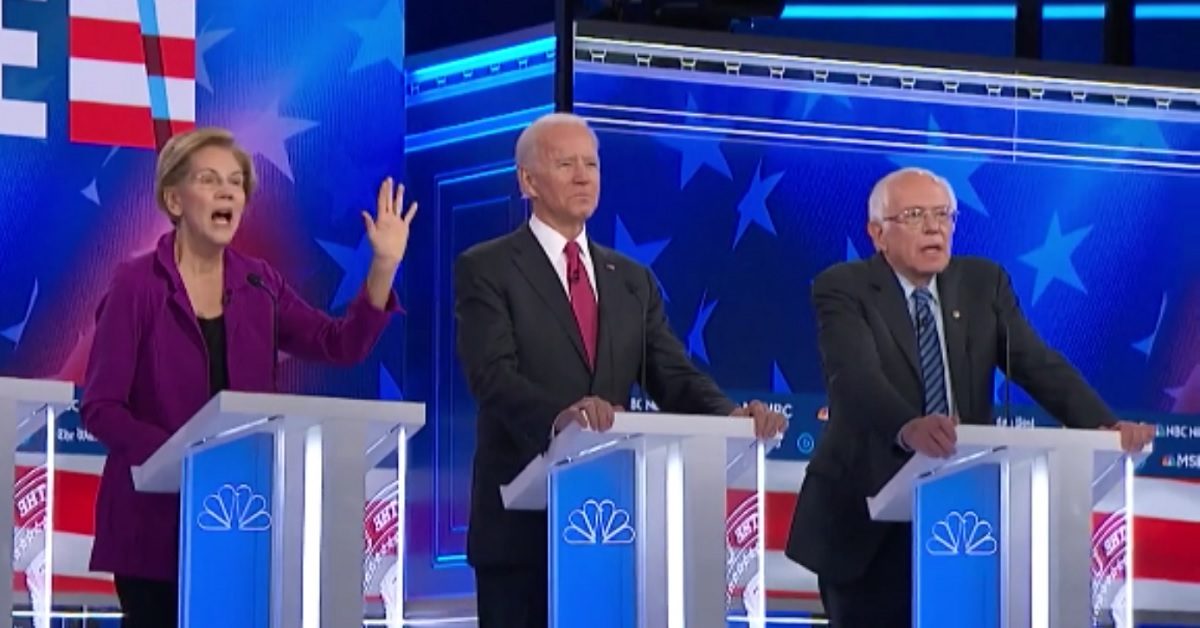 Senator Warren enjoyed a steady rise in Democratic polls that saw her overtake Sanders for second place in the RealClearPolitics average of polls on September 16, a spot which she has held for more than two months. For a brief time, Warren even took over the top spot from Biden.

But on Friday, Sanders re-took the second spot with an average of 19.3 percent support to Warren’s 18.5 percent. Biden, meanwhile, has extended his lead over his nearest challenger to 10.5 points. 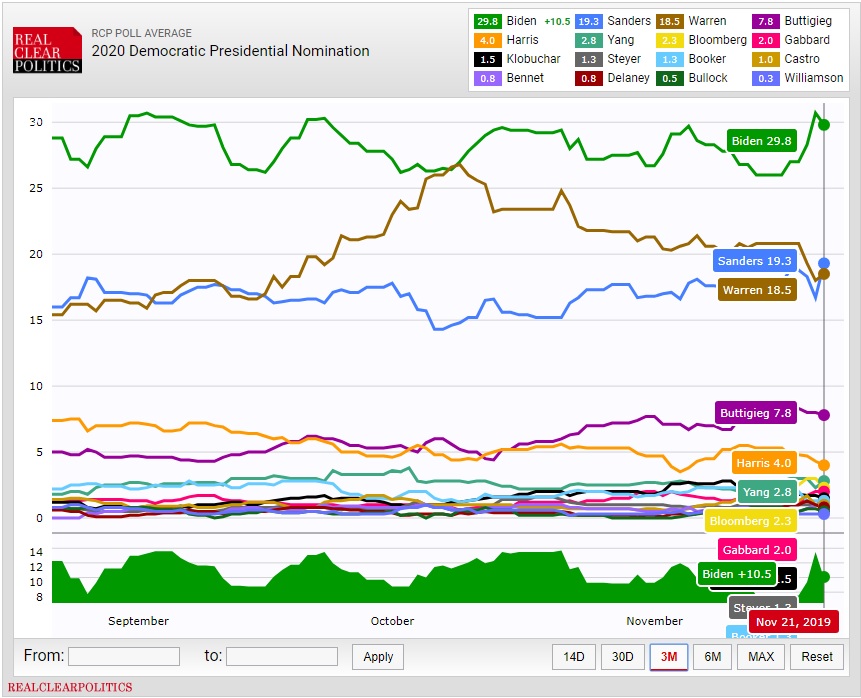 Warren’s polling first began to decay when media and supporters began to press her about how to fund her “Medicare for All” scheme, a decay which accelerated with the release of a poorly-received funding plan.

But it may well be the release of her even more poorly-received transition plan — which puts off passage of Medicare for All for several years in favor of more moderate reforms — that may be giving Sanders a lift now.

After a brief dip following the announcement of his heart attack, Sanders’ poll numbers rebounded, but he remained firmly in third place. Since the release of the transition plan, Warren has dropped more than two points in the average, while Sanders has gained a net point and a half.

Biden, meanwhile, is at the high end of an ebb and flow that he’s been riding for months, between the mid-twenties and thirty percent.

Early (white) state polls have provided a lift to South Bend Mayor Pete Buttigieg, who leads solidly in the Iowa average and scored a huge lead in the latest New Hampshire poll, but Biden still holds a gargantuan lead in South Carolina and a commanding margin in Nevada. Mayor Pete is in mid-single digits in those more diverse states, the third and fourth contests on the Democratic calendar.

The news isn’t great for the rest of the field, but Senators Kamala Harris, Cory Booker, and Amy Klobuchar each grabbed the spotlight with attention-getting moments during this week’s debate.