Biden Approval Rating Falls to the Lowest Point of His Presidency: Gallup 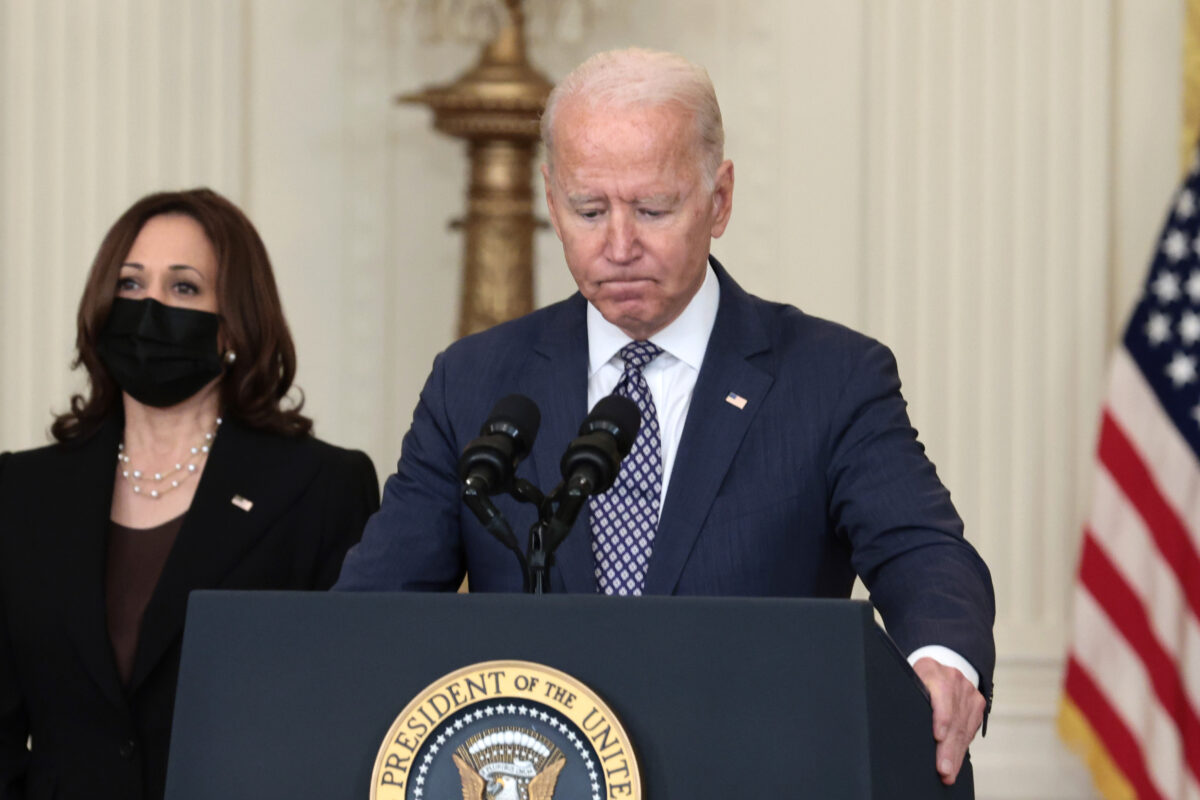 President Joe Biden’s approval fell to the lowest point of his eight-month presidency in a new Gallup survey.

The number of Americans who said they approved of Biden’s job performance fell from 49 percent to 43 percent, according to the survey released on Wednesday, while 53 percent said they disapproved. The numbers give Biden a 10-point negative gap between the two groups, and the first negative gap of his presidency in the Gallup poll.

Former President Donald Trump held a slightly lower approval rating of 38 percent at the same point in his presidency, representing a decline of 6 points compared to the time he took office. The number for Biden represents a decline of 13 points from his peak of 57 percent, which was recorded leading up to his second week in office.

Biden’s falling ratings have been fueled predominantly by independent voters. Of that group, 37 percent said they approved of his performance, a 24-point decline from his personal best of 61 percent. It’s the second-lowest rating of any president among those voters in recent history, falling short of former Presidents Barack Obama (46 percent), George W. Bush (44 percent) and Bill Clinton (43 percent).

The numbers come amid a rise in the number of Covid-19 cases; last month’s turbulent American withdrawal from Afghanistan, including the killing of 13 U.S. service members in a terror attack; and this month’s abysmal jobs report, which found the country added just 235,000 positions in August — significantly short of the 720,000 economists had projected.

On a brighter note for Democrats, Vice President Kamala Harris outperformed Biden. The poll found she held a neutral approval gap, with 49 percent of Americans approving of her performance and 49 percent saying they disapproving.