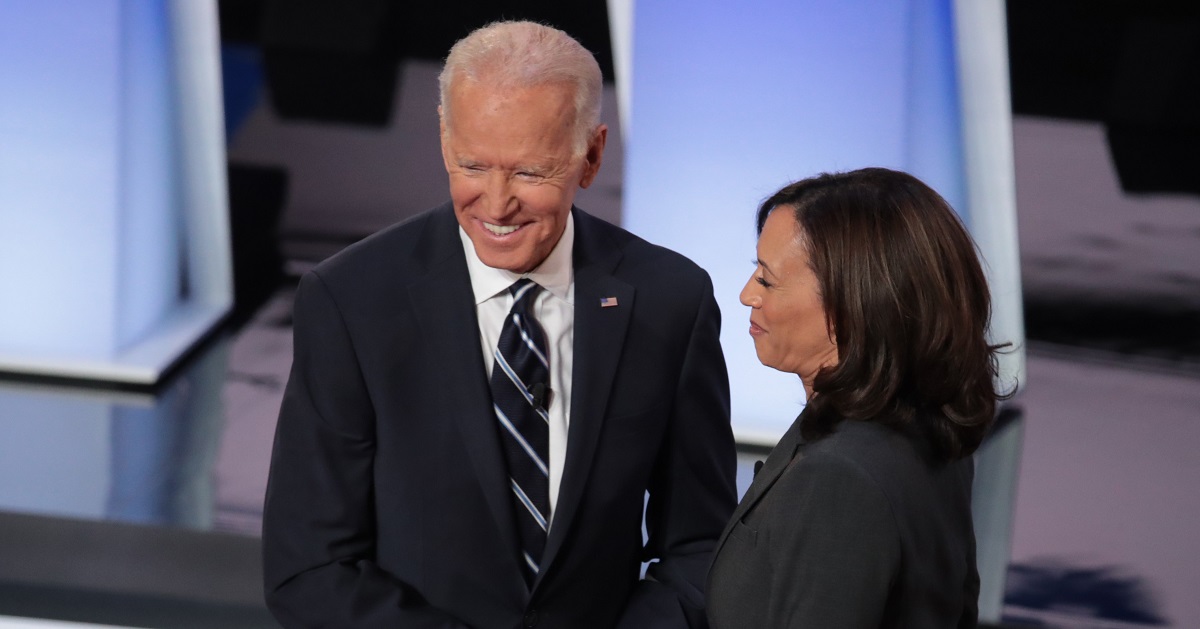 Former Vice President Joe Biden’s presidential campaign is reportedly weighing the importance of a black running mate against that of a more progressive candidate, but according to one pollster, there’s a “red flag” in Biden’s support among black voters.

According to a deeply-reported piece by Politico, allies and advisers to Biden’s campaign are mulling whether it’s more important to name a black running mate or one who’s to the former veep’s left — or both:

Joe Biden’s advisers and allies have become torn over whether it is more important to choose an African-American or a progressive running mate.

While the two aren’t necessarily mutually exclusive, there is an ongoing debate about whether Biden “has the black vote locked up” or “whether the bigger need we have is to put someone left-leaning” on the ticket, a strategist familiar with discussions said.

This genre of reporting should always be taken with a grain of salt, as advisers and strategists commenting about lobbying efforts for this sort of post are very often the actual lobbying, but it’s safe to conclude that the question at the top of the piece is the subject of factional discussion in the Biden campaign’s orbit. Someone is in Biden’s ear wondering “Whether Biden ‘has the black vote locked up’ or ‘whether the bigger need we have is to put someone left-leaning’ on the ticket.”

As the authors note, the two aren’t necessarily mutually exclusive, but the fact that Kamala Harris, for instance, was a supporter of Medicare for All and was to Biden’s left on most policies has, for whatever reason, failed to make her a darling among the wing of the party that supported Bernie Sanders. Of the white women discussed in the piece, only Warren is considered remotely progressive, so readers can decide for themselves what the real choice being fought over here is.

But a new USA Today/Suffolk poll might shed some light on the first part of the question — does Joe Biden have “the black vote locked up?”

The short answer is yes, but. The size of the but is in the eye of the beholder, as the pollster sees “red flags” in the survey for Biden:

The findings also had some red flags for Biden, who since the last poll has emerged as the presumptive Democratic nominee.

His support among black voters has dropped in a hypothetical three-way race with Trump and a third-party candidate. Although the sample size is small, making precise comparisons unreliable, about two-thirds of African American voters support Biden now; nearly eight in 10 had backed him in December. Those voters didn’t move to Trump, supported by just 8%. But one in four black voters now say they are undecided or would vote for a third-party candidate.

So the small sample size and the hypothetical nature of a third party candidate cut against the redness of the flags here, but to the extent that this data point says something, it’s that while Biden does have his share of the black vote — 80 percent to 8 for Trump — “locked up,” there could be a significant number of votes for him to lose. Even in a 2-way contest, ten percent of black voters said they were undecided.

In fact, in the third-party ballot test, black voters were most likely to consider that option at 15 percent, versus ten percent of Hispanic voters and six percent of whites.

Again, these are exceedingly small samples, but there is a lot of data from previous polls to suggest that selecting a white running mate could at best squander an opportunity to super-charge turnout among the Democratic Party’s most loyal voting bloc, and at worst depress turnout.

Conversely, there’s very little data to suggest Biden has much to gain from an all-white ticket, progressive or not.