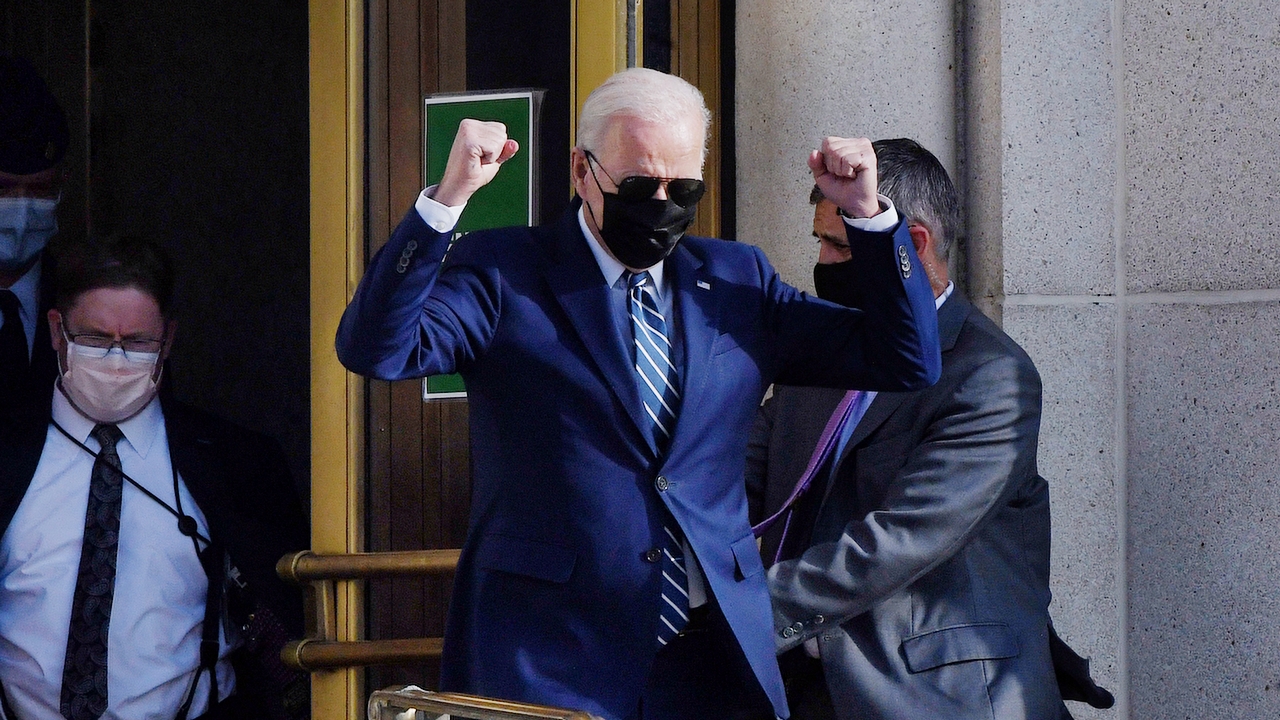 President Joe Biden’s doctor released the results of a colonoscopy that was part of the routine physical that left then-Acting President Kamala Harris in charge for an hour and a half.

According to a memo released Wednesday by Dr. Kevin O’Connor, the president had a benign 3-millimeter polyp removed. From the memo, provided by The White House:

1. The following is released with permission of the patient.

2. As previously reported in my 19 November 2021 memorandum. President Biden had a benign appearing 3 mm polyp removed from his ascending colon. The specimen was sent for histologic examination.

3. The excised specimen has been identified as a tubular adenoma. This is similar to the polyp which he had removed in 2008. A tubular adenoma is a benign, slow-growing, but thought to be potentially pre-cancerous lesion for which no further action is required at this time. Routine surveillance is recommended for this finding. Typically, repeat colonoscopy in 7 to 10 years is recommended.

Physician to the President 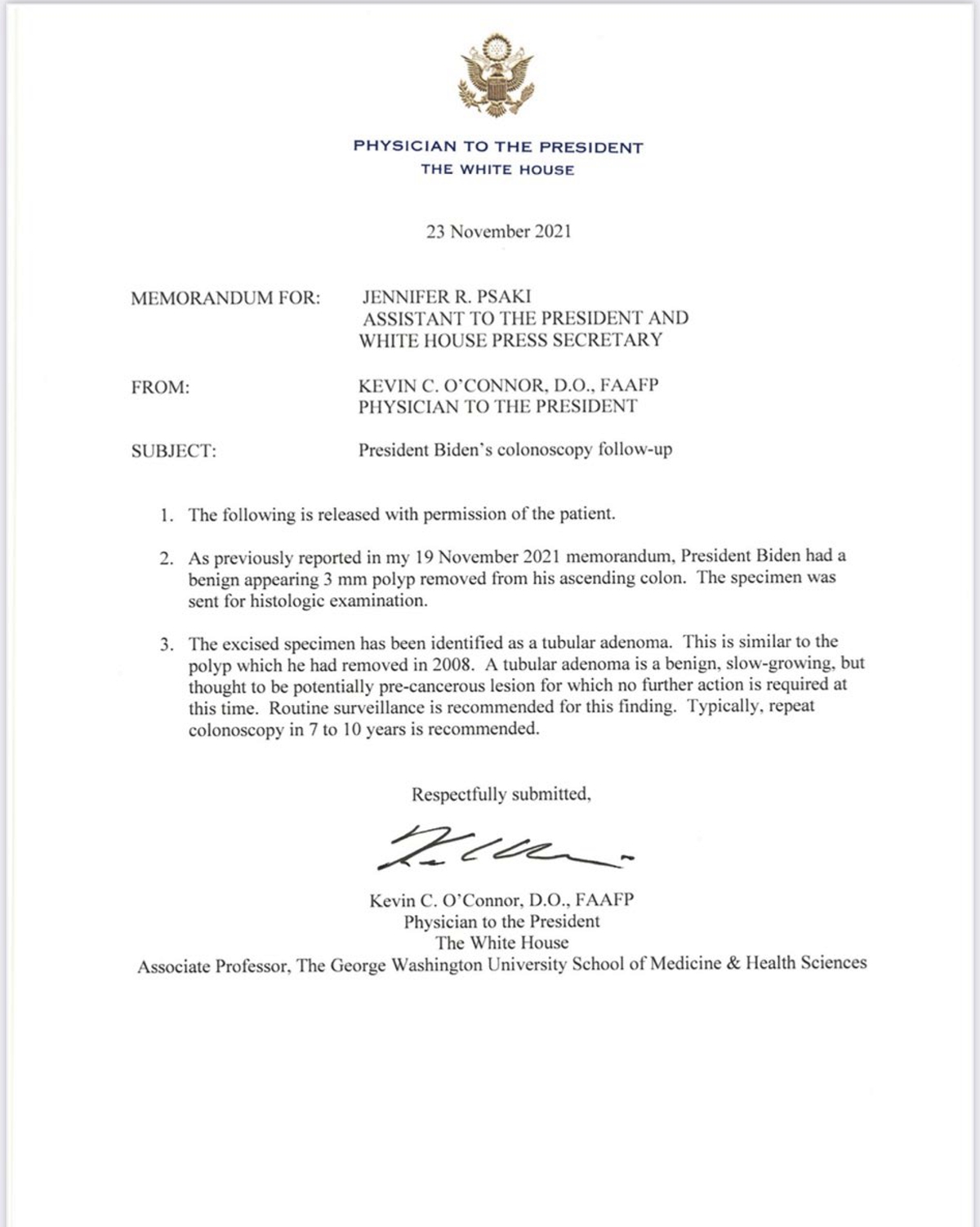 The president had his annual physical last Friday and also underwent a routine colonoscopy that necessitated a brief stint at the helm for now-former Acting President Kamala Harris. It was the first time in U.S. history that a woman held that position.

Prior to his physical, President Biden’s health was a frequent topic of discussion at White House Press Secretary Jen Psaki’s daily briefings.

And at the briefing following the physical last Friday, NBC News’ Kristen Welker peppered the press secretary with questions about the exam, which found Biden in excellent health, and asked for O’Connor to brief the press.

“Is there any discussion about having a doctor brief us, given that he is the oldest sitting Commander-in-Chief?” Welker asked.

The results of the president’s physical exam can be viewed here.