Biden Talks to DNC About Going to School During Segregation

Biden Tells DNC Crowd About Going to School During Segregation: ‘They Weren’t Called Black Kids; There Were Negroes On The Bus’ 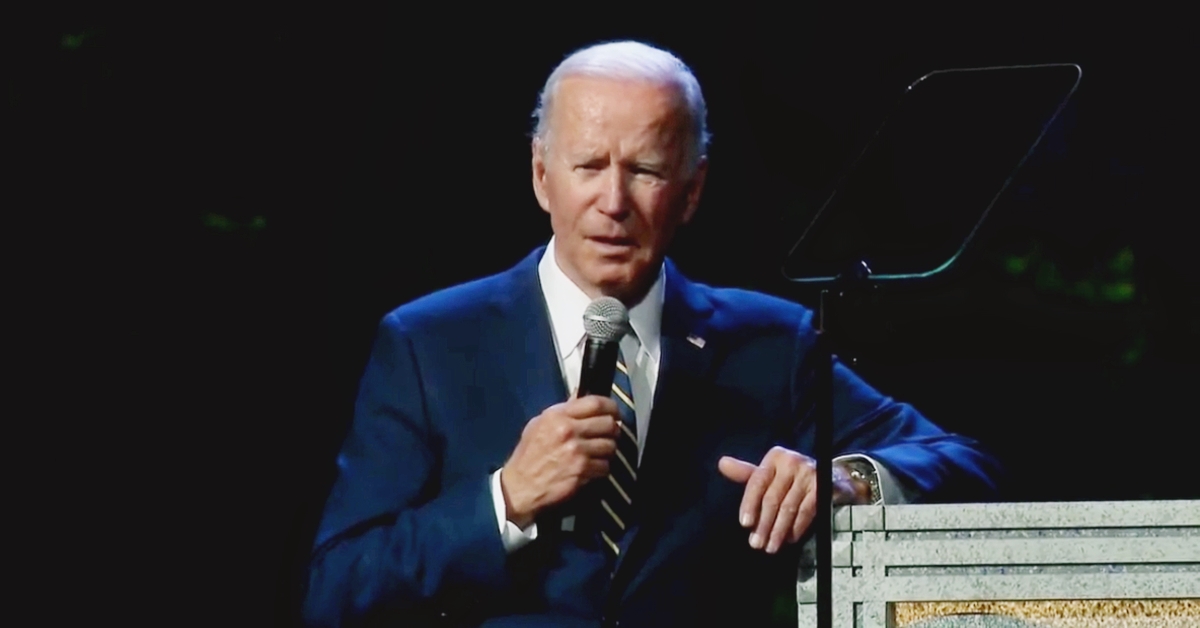 President Joe Biden talked about going to school during segregation, telling the crowd at a DNC fundraiser that he recalled noticing the practice as a young child in Delaware.

President Biden spoke at a Democratic National Committee Fundraiser Wednesday night at the Marriott Marquis Chicago, during which he sounded familiar notes about his entry into politics — but also shared painful memories of life before Brown v. Board of Education.

Speaking about how the civil rights movement inspired him, the president recalled his days as a third-grader attending Holy Rosary Elementary School in Claymont Delaware — and related that experience to the politics of voting rights today:

I used to — we moved from Wilmington — from, excuse me, Scranton, Pennsylvania, where there were very few African Americans, down to Wilmington, to a place called Claymont, Delaware, which was a — it sits on the border of the Pennsylvania state line, where there are more oil companies and refineries than in Houston, Texas.

And I went to a little Catholic school called Holy Rosary, which is — I was in third grade. And it was up what they call a Philadelphia pike, a four-lane access road. It was — where it went through the little town of Claymont. It was — I-95 is. It replaced it, in effect.

And I remember asking my mother — it was too dangerous to walk up because of the streets you had to cross. So my mother would drive me from this apartment complex we moved into.

And I remember, dropped off in the parking lot, I’d always see this bus go by. And they’re all Black kids in the bus. At the time, they weren’t called “Black kids”; there were “negroes” on the bus.

And I asked why. She told me they weren’t allowed to go to school — and this was before Brown vs. the Board in Delaware, which — and we were one of the cases — Delaware was — in Brown vs. the Board. And I thought to myself, “What’s going on?”

But the point is that — think about it. Think about it: where we are today, what we’re fighting over. There are more restrictive efforts to restrict the right to vote today than there’d been in my whole political career. I thought we were well by that.

During the 2020 election, Biden was one of four presidential candidates who attended segregated schools as a youngster, and was one of the few to speak about that experience. The subject also became a lightning rod during that campaign when then-Senator Kamala Harris confronted him about his past remarks about bussing and desegregation during a debate.

Senator Harris went on to become Vice President Harris, and took on a push for voting rights that has been stalled by the unwillingness of two key Democratic senators to allow a vote with a simple 50-vote majority.