Bolton Ripped For Teasing Impeachable Allegations in Upcoming Book: ‘F*ck You… You Had an Opportunity to Testify’ 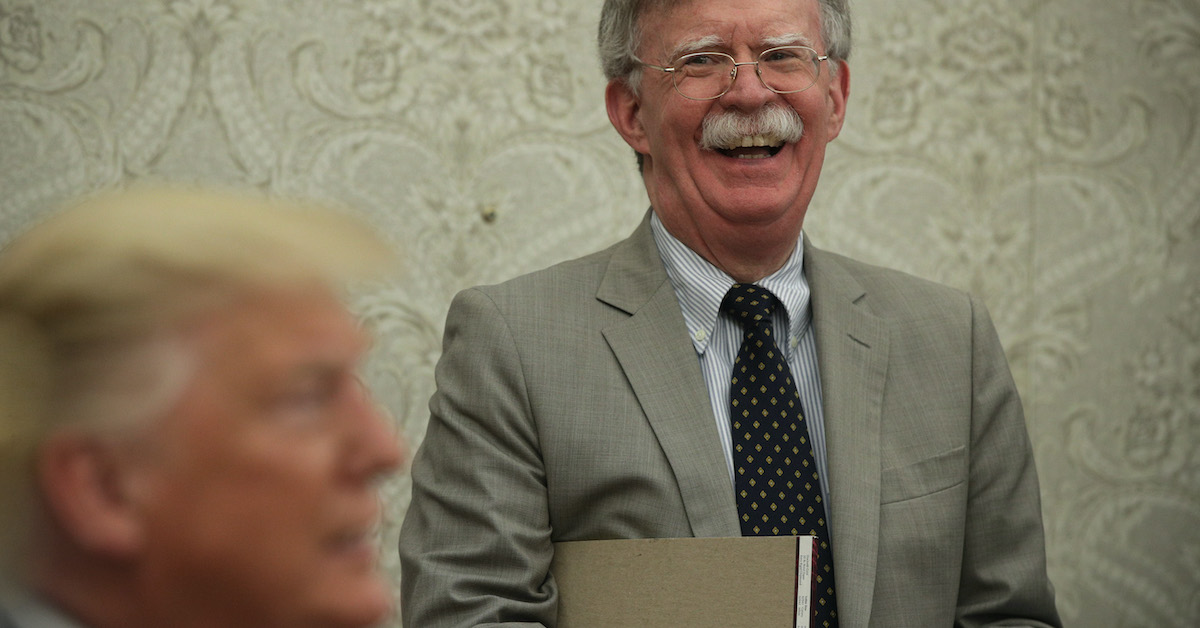 You may remember a long time ago back in (checks notes) early 2020 when — in the days before the final impeachment vote — details from John Bolton’s book came out in reports hinting that he had firsthand information about relevant details. Bolton was highly criticized for not voluntarily testifying at the time.

Now, with Bolton’s book coming out soon (despite a big legal battle with the White House) and a press release hinting at his awareness of other impeachable matters to be detailed in his book, the former Trump national security adviser is getting criticism again for saving these revelations for his book, months after the Senate voted to acquit the president.

If you buy Bolton's book, you are supporting a man who betrayed his country by refusing to fulfill his duty to testify. Don't bolton your own civic duty to reject this betrayal.

Imagine the book John Bolton could have written had he done right by the country—by telling the American people and Congress everything he knew and by testifying at the impeachment trial.

Now *THAT* would have been a best-seller for the ages.

Fuck you John Bolton. Your country called back in January/February. You had an opportunity to testify. To say under oath how unfit this man is. To help remove this man from office. BUT YOU SAID NO. Screw your book. https://t.co/qMyy4kD0hB

Huh. Seems this information might have been particularly germane, oh, five or six months ago. https://t.co/BvmRIoXgJf

Telling the Democrats they didn’t do impeachment right when you held evidence for impeachment for the purpose of selling a book is the most impossibly griftery, anti-anti-Trump move yet. Congrats or something Bolton.

If only there had been some sort of congressional investigation into the president’s behavior at which John Bolton could have testified.

Bolton says he attempted to raise alarms… By not testifying? https://t.co/lxZ1Y6yAQb

Perhaps the House would have broadened the impeachment inquiry if Bolton spoke up when it mattered, instead of avoiding testimony and hiding what he knew until his book came out. https://t.co/B9osvOZAWL

I'm all for books and I'm sure the White House is slow-playing this, but Bolton's first responsibility as an American and a patriot was to disclose Trump's misconduct in real time and not horde it for a big book advance. https://t.co/SeaSqVqQd3

Wow, even the promos for Bolton's book are like "he saw the country being corroded from the inside, so he kept his mouth shut and decided to try to make a buck off it" https://t.co/mC11y500Cn

Yet he and his deputy chose to legally fight efforts to tell Congress about it during impeachment. https://t.co/nNK5o6gFLA

I try to keep this feed PG-13, so I'm afraid there's nothing I can say here about the press release John Bolton just put out.

John Bolton is an example of a purported public servant who not only put party over country, he put his own profits over country. Despicable. https://t.co/ymBkyineeO

Not going to be discussing John Bolton's book or his statement here. He had his chance to do the righteous thing & he failed. Doesn't deserve any more of our headspace.

Bolton: Trump is trying to destroy democracy from the inside and is doing criminal things you haven't even heard about with other countries and I decided to wait until my book came out to tell you