BREAKING: FDA Commissioner Will Self-Quarantine for 14 Days Due to Contact With Infected VP Spox 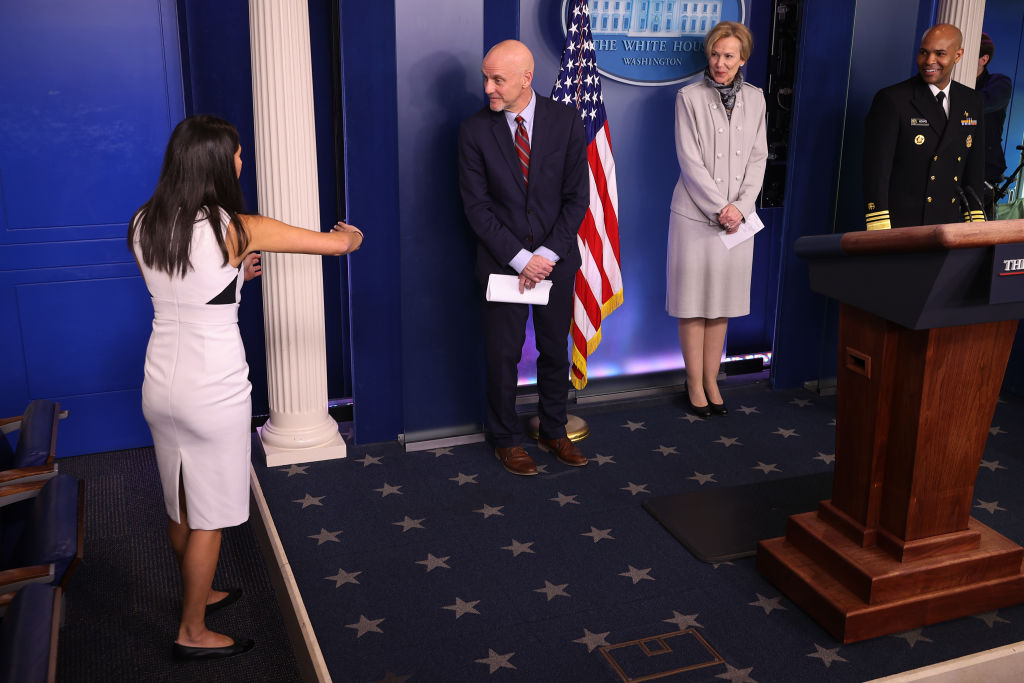 FDA Commissioner Stephen Hahn will self-quarantine for the next two weeks after internal White House contact tracing determined he could have had sufficient exposure to the virus from Vice Presidential aide Katie Miller, who tested positive for Covid-19 on Friday.

According to Politico, Hahn was immediately tested for the virus after learning of Miller’s infection and the results came back negative. But since asymptomatic spread is a defining characteristic of Covid-19, White House officials said he would isolate himself out of an abundance of caution.

On Friday, President Donald Trump casually revealed that “Katie” had tested positive for the coronavirus as she arrived for work, despite having tested negative on Thursday. Miller, who is the spokesperson for Vice President Mike Pence, is also married to Trump senior adviser Stephen Miller. The revelation of Miller’s positive Covid-19 status followed news from earlier in the week that a member of Trump’s personal valet staff had tested positive  for the coronavirus as well, which reportedly outraged the president. Also on Friday, the Department of Homeland Security announced that 11 members of the U.S. Secret Service have tested positive, although no details were provided on their individual assignments or proximity to Trump.