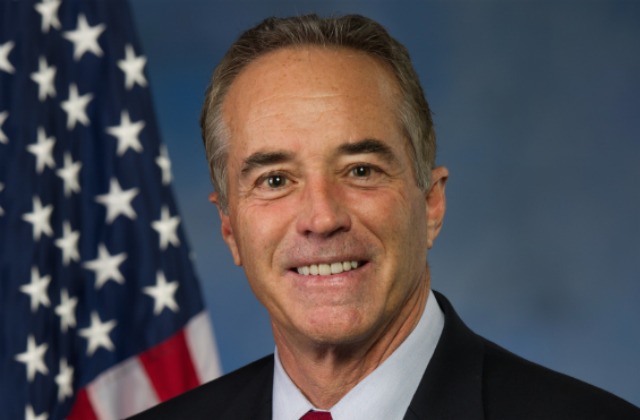 Former New York Congressman Chris Collins, who was the first member of Congress to endorse Donald Trump during the 2016 campaign, has been sentenced to 26 months in federal prison after being convicted on charges of insider trading and lying to law enforcement officials.

Collins, a three-term Republican from upstate New York, who became an ardent supporter of the president, resigned last October and pleaded guilty to the charges. He and his son were arrested in August 2018, but Collins refused to stand down from his House campaign and narrowly won re-election months later even after having been indicted. California Rep. Duncan Hunter, who had joined Collins as the other Congressman to endorse Trump early on in 2016, just pleaded guilty to campaign finance crimes and resigned from Congress 10 days ago.

Per the U.S. Attorney’s office of the Southern District of New York, Collins was sentenced to 26 months by U.S. District Judge Vernon S. Broderick for conducting an insider trading scheme related to the company, Innate, a drug company that Collins served on the board of directors. He has also been ordered to pay a $200,000 fine.

“Former New York Congressman and Innate board member Christopher Collins received confidential, nonpublic information that one of Innate’s drugs in development had just failed a clinical trial.  Moments later, from the White House lawn, Collins notified his son Cameron, so that he could trade the stock ahead of the public announcement and avoid taking a substantial loss on the stock,” U.S. Attorney Geoffrey Berman said in a statement. “He then lied to the FBI when asked about his conduct.  Collins’s greed and disregard for the law have now led to a criminal conviction for insider trading and lying to the FBI, his resignation from Congress, and over two years in federal prison.  Lawmakers bear the profound privilege and responsibility of writing and passing laws, but equally as important, the absolute obligation of following them.  Collins’s hubris is a stark reminder that the people of New York can and should demand more from their elected officials, and that no matter how powerful, no lawmaker is above the law.”