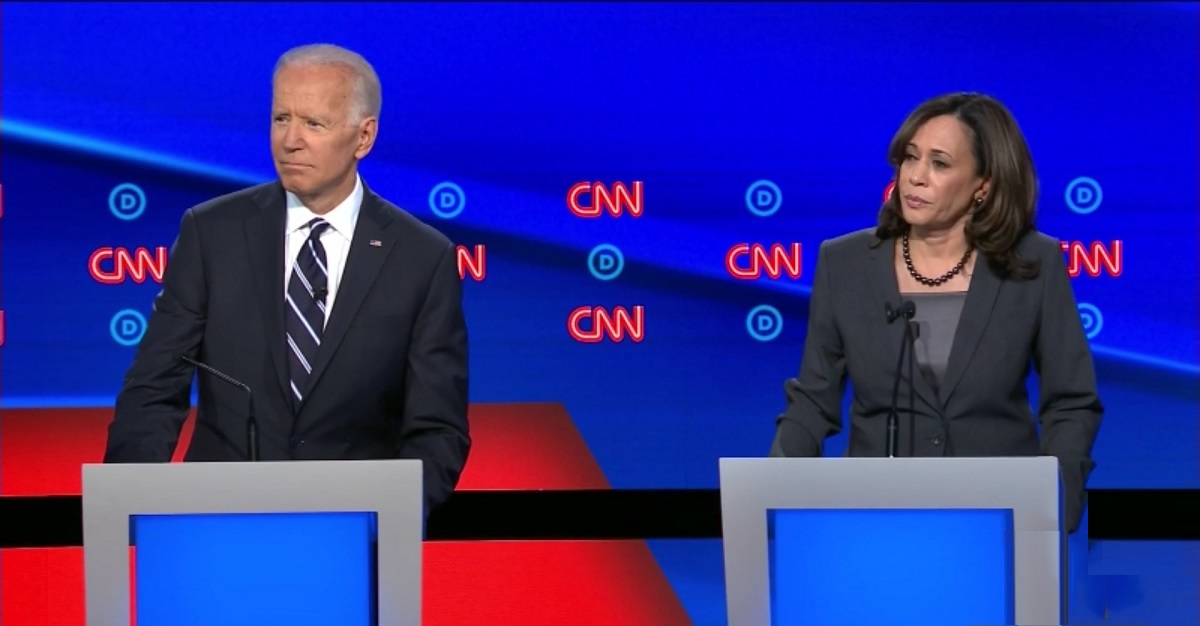 CNN’s poll showed Biden regaining his clear lead, garnering 29 percent support from Democrats and Democratic-leaning independent registered voters, a gain of seven points since the network’s June poll. Biden is still well shy of his April high of 39 percent in the poll.

Harris, who leapt in the polls following her clocking of Biden at the first debate, dropped 12 points in CNN’s poll, from 17 percent in June to just 5 percent this month. It’s the lowest Harris has polled in any survey since mid-June.

Support for the other candidates remained within a percentage point of their June results, with Senators Bernie Sanders and Elizabeth Warren fighting it out for second place at 15 percent and 14 percent, respectively.

A significant majority, 54 percent, say their top priority in a candidate is defeating President Donald Trump, which could account for some of the migration to Biden and away from Harris. But the California Senator has shifted focus to the first caucus state of Iowa, where she is currently embarking on a bus tour, and is locked in a tight polling battle for second place with Warren.