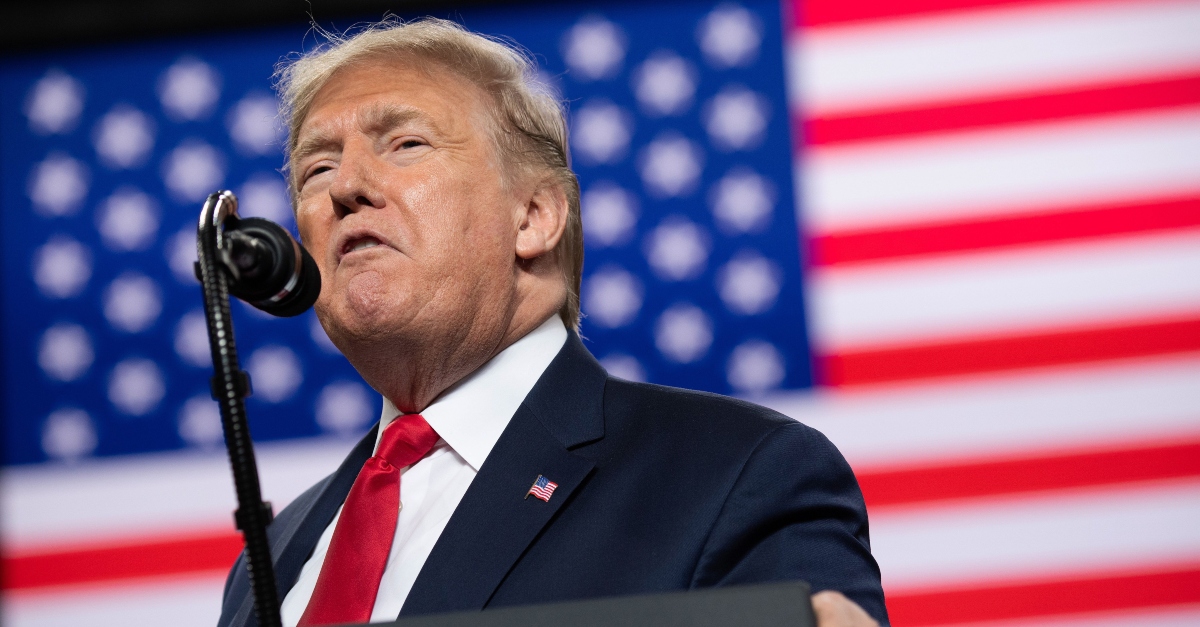 On Sunday, the New York Times published a bombshell investigative report regarding President Donald Trump‘s income taxes after having reviewed over two decades of his financial records. The shocking claims include Trump paying only $750 in income taxes in 2016 and 2017, paying no income taxes at all for ten of the preceding 15 years, and a mindbogglingly large $72.9 million tax refund he claimed — and about which he then spent the last decade fighting with the IRS.

The Times report, written by Russ Buettner, Susanne Craig, and Mike McIntire, seeks to shine a light on the dichotomy between the public persona the president wishes to portray and what seems to be a far less successful reality. The record the Times obtained do not include his 2018 and 2019 returns, but do include several decades before those most recent ones.

The tax returns that Mr. Trump has long fought to keep private tell a story fundamentally different from the one he has sold to the American public. His reports to the I.R.S. portray a businessman who takes in hundreds of millions of dollars a year yet racks up chronic losses that he aggressively employs to avoid paying taxes. Now, with his financial challenges mounting, the records show that he depends more and more on making money from businesses that put him in potential and often direct conflict of interest with his job as president…

Ultimately, Mr. Trump has been more successful playing a business mogul than being one in real life.

Trump is denying the report. At a press conference Sunday, Trump said about the article, “It’s fake news, totally fake news. Made up. Fake.” He also repeated his excuse from the 2016 campaign, claiming that he is under audit. Being under audit does not legally prevent a taxpayer from discussing or disclosing any information about their taxes or finances.

This is a breaking story and may be updated.