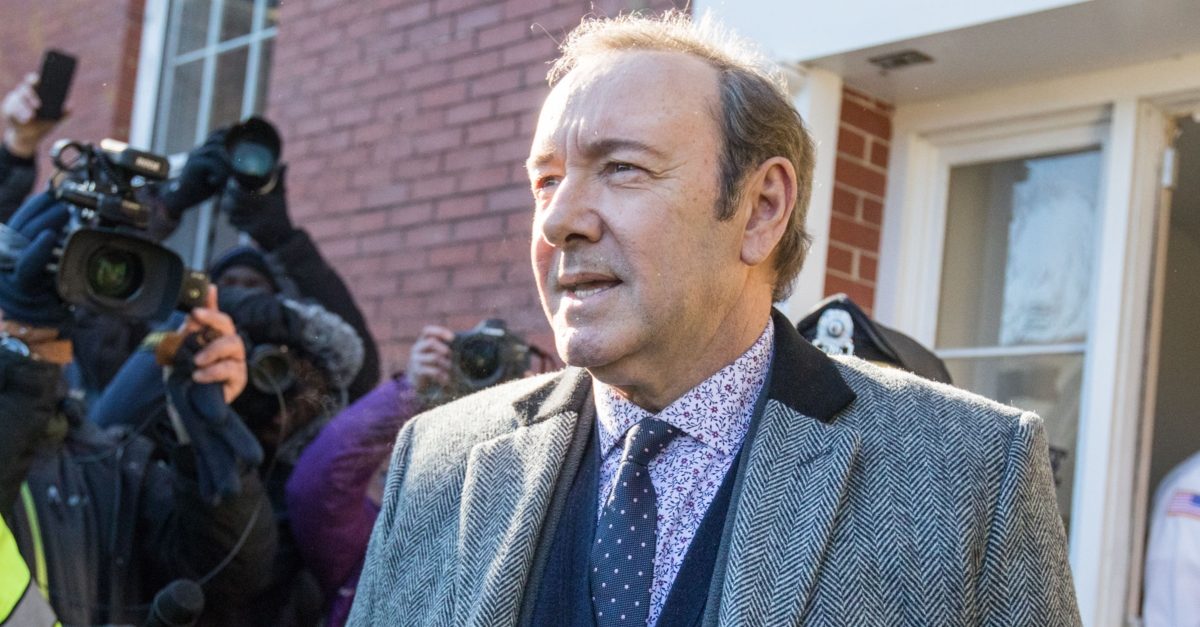 Massachusetts prosecutors have dropped charges against actor Kevin Spacey, who was accused of groping an 18-year-old in a bar.

Prosecutors announced Wednesday they were dropping charges “due to the unavailability of the complaining witness.”

“The complaining witness was informed that if he chose to continue to invoke his Fifth Amendment right, the case would not be able to go forward,” the Cape and Islands District Attorney said in a statement.

BREAKING: Sexual assault charges against Kevin Spacey have been DROPPED. The Cape and Islands District Attorney explains the decision below. #WBZ pic.twitter.com/NWcczi5gzM

Spacey’s accuser, who claimed Spacey got him drunk and groped him at a Nantucket bar in 2016, had refused to testify earlier this month.

#BREAKING: “My client and his family have shown an enormous amount of courage under difficult circumstances.”

Lawyer for alleged victim in #KevinSpacey case reacts after DA announces criminal charges against the actor are dropped. @NBC10Boston pic.twitter.com/01Dv4tWrOE

The attorney for the alleged victim said in a statement that “my client and his family have shown an enormous amount of courage under difficult circumstances,” and declined further comment.

Spacey had pleaded not guilty to charges of indecent assault and battery filed in January. The Associated Press reported a phone message seeking comment was left with Spacey’s lawyer.