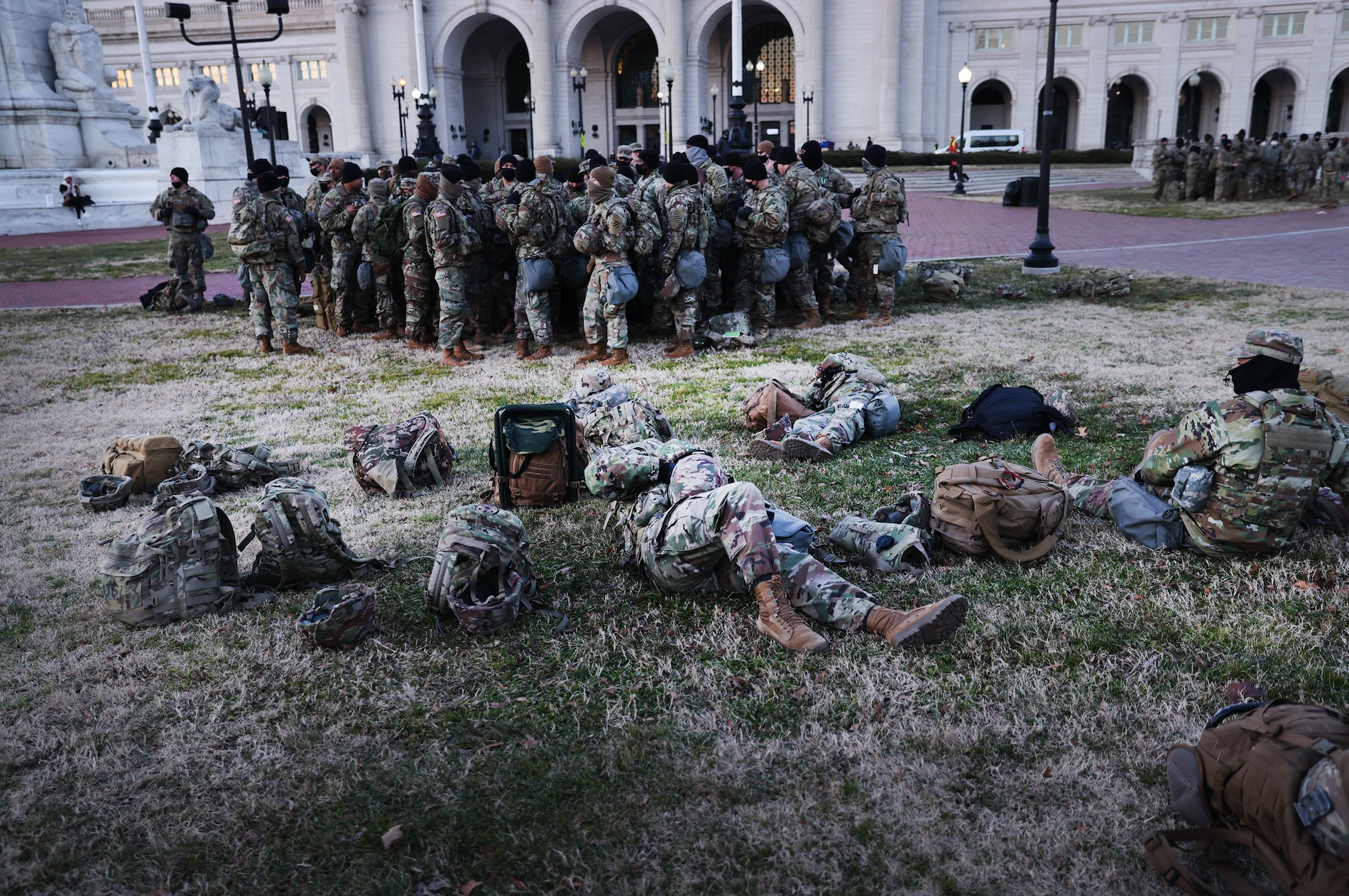 “I want to assure everyone that, with the exception of specific times on Inauguration Day itself while the swearing-in ceremonies were underway, the United States Capitol Police did not instruct the National Guard to vacate the Capitol Building facilities,” Pittman said in a statement provided to WTOP. “And on Inauguration Day, the Guard was notified and encouraged to reoccupy the spaces in the Capitol and CVC at 2 p.m.”

National Guard troops have been in Washington, D.C. since unrest unrest broke out on Jan. 6. Outrage erupted on Thursday when troops were relocated to the Thurgood Marshall Judicial Center garage near the Capitol. Guard Spokesman Maj. Matt Murphy attributed the decision to Capitol police, saying a statement, “As Congress is in session and increased foot traffic and business is being conducted, Capitol Police asked the troops to move their rest area. They were temporarily relocated to the Thurgood Marshall Judicial Center garage with heat and restroom facilities.”

They returned to the Capitol on Thursday evening after a bipartisan contingent of lawmakers questioned the decision. “Just made a number of calls and have been informed Capitol Police have apologized to the Guardsmen and they will be allowed back into the complex tonight,” Sen. Tammy Duckworth (D-IL), a retired Army National Guard lieutenant colonel, wrote on Twitter. Duckworth lost both of her legs after a rocket-propelled grenade attack during a tour in Iraq.

A Breitbart report indicated the move came after Rep. Will Keating (D-MA) complained about a Guardsman failing to wear a face mask in a Dunkin Donuts in the Capitol complex: “After Keating commented … that masks were required to be worn at all times in a federal building, [a] National Guard member responded, ‘I appreciate my freedom,” Breitbart reported.

Keating denied influencing the decision. In a statement to Mediaite, Keating said:

Leave it to Breitbart to concoct such a baseless story that’s been directly refuted by the National Guard. Yesterday, I was with a large number of people in a coffee shop in the House, some of whom weren’t wearing masks. I commented — to no one in particular — that this has the ingredients of a super-spreader event and we should all keep our masks on. A member of the National Guard chose to loudly refuse. That is the totality of what took place. Over 400,000 people have already died in this country, roughly 4,000 a day, due to COVID, and if I were in the same situation today, I would say the exact same thing. We all need to do our part, no matter who we are or what we do.

The National Guard Bureau said Thursday that 10,600 troops remained on duty in Washington, D.C., out of nearly 26,000 originally deployed for Inauguration Day. The bureau anticipated that it would take up to 10 days for the remainder to return home.