Jim Acosta Asks Trump if He Has 'Remorse' Over Capitol Insurrection 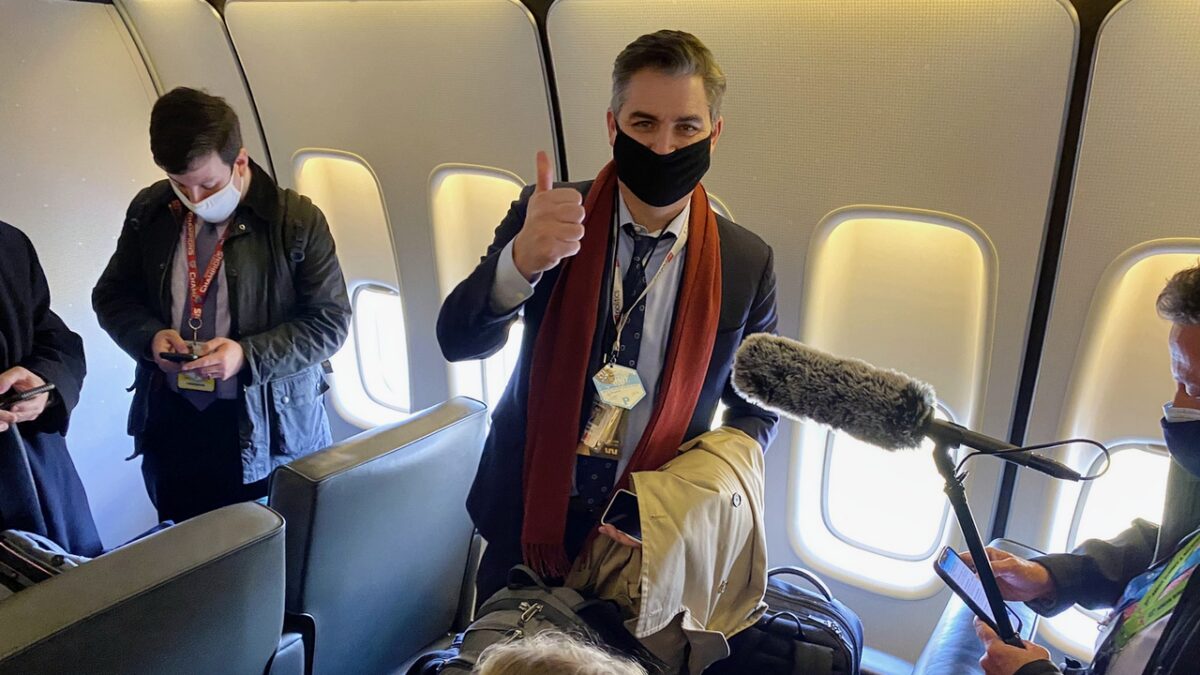 CNN Chief White House Correspondent Jim Acosta spent the final minutes of President Donald Trump’s presidency asking him if he had remorse over his role in the deadly Capitol insurrection, and tweeting photos and videos from Air Force One.

Acosta has been one of the most adversarial White House reporter of the Trump era, and he kept up the pressure until the very end. After covering Trump’s farewell event at Joint Base Andrews, Acosta boarded Air Force One, and accompanied him to West Palm Beach, Florida — all the while pressing Trump about the insurrection.

“Tried to ask Trump twice whether he felt any remorse for his role in the Capitol siege,” Acosta wrote on Twitter, adding “He did not respond. He’s now on his way to MAL [Mar-a-Lago].”

Tried to ask Trump twice whether he felt any remorse for his role in the Capitol siege. He did not respond. He’s now on his way to MAL.

Acosta posted several other updates from the plane, including video of the takeoff.

“Air Force One is taxiing for departure. Trump about to leave JBA,” Acosta wrote. The televisions on the plane showed the crowd that had gathered to send Trump off.

Air Force One is taxiing for departure. Trump about to leave JBA. pic.twitter.com/a6PjqBOBFL

Shortly after 11 am, Acosta announced the plane had landed, and sent a photo of himself with an oblique quip about his adversarial relationship with Trump.

“Parachute was not needed after all,” Acosta wrote.

Air Force One has landed in Florida. Potus did not visit press during flight.

As Trump leaves the presidency, Acosta departs the White House beat for a CNN anchor desk.