Congressman Bobby Rush Says Chicago Cops Lounged In His Office, Made Coffee and Popcorn, While Nearby Businesses Were Looted 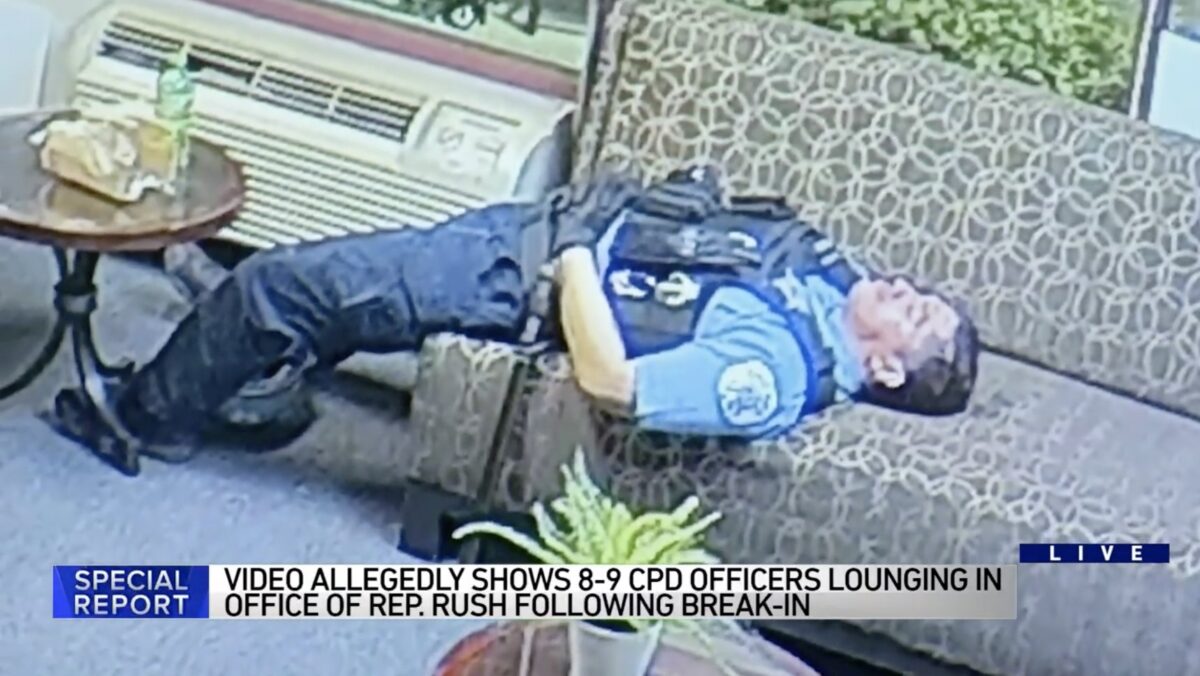 Thursday, Congressman Bobby Rush, a Democrat who represents a Chicago-area district, made a stunning claim at a press conference alongside Chicago mayor Lori Lightfoot: during the unrest and looting that occurred in the city two weeks ago during the George Floyd protests, Rush said that his South Side campaign office was broken into, and the Chicago police who responded lounged around in his office, reclined on couches, put their feet up on desks, made coffee and popcorn — while ignoring looting that was occurring in a nearby shopping plaza.

And Rush brought the receipts — security cameras in his office had caught the police officers on video as they enjoyed their break from their duties.

The video, according to a report by the Chicago Tribune, showed “eight or more cops, including three supervisors.”

“One was asleep on my couch in my campaign office,” said Rush. “They even had the unmitigated gall to go and make coffee for themselves…and to pop popcorn, my popcorn, in my microwave while looters were tearing apart businesses within their sight and within their reach.”

“They were in a mode of relaxation, and they did not care about what was happening to businesspeople, to this city,” concluded Rush, the outraged tone clear in his voice. “They didn’t care. They absolutely didn’t care.”

Rep. Bobby Rush says Chicago police broke into his campaign office to take his coffee and popcorn and relax while looters threatened the city: pic.twitter.com/UEzcYHQIEJ

Lightfoot said that Rush had alerted her to the incident on Wednesday, and that it “enraged” her and her staff. During the press conference, She apologized to Rush for the city police treating his office “with such profound disrespect.”

“That’s a personal embarrassment to me,” Lightfoot said. “I’m sorry that you and your staff even had to deal with this incredible indignity.”