CPAC Says Hyatt 'Disparaged and Defamed Us' in Stage Statement 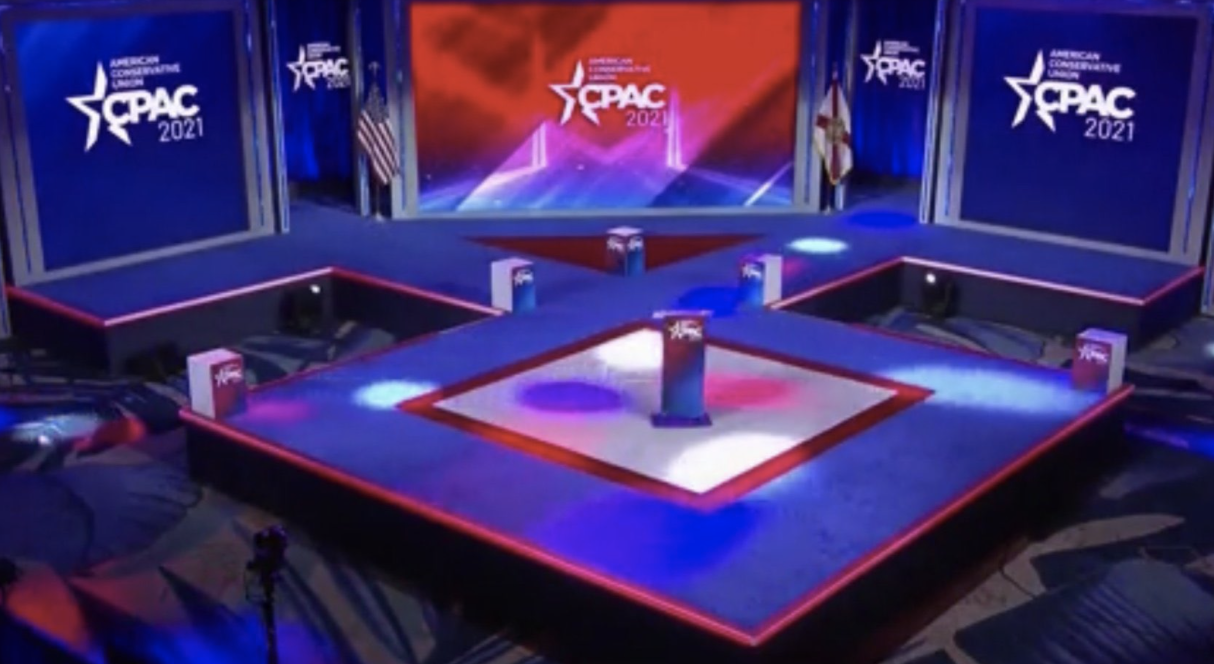 The American Conservative Union condemned Hyatt Hotels on Monday for encouraging left-wing critics who accused the group’s annual conference of using Nazi imagery, telling the chain’s CEO in a scathing letter that Hyatt was making “irresponsible” statements that contributed “to a climate of division and hatred.”

“Contrary to Hyatt’s own mission statement of inclusivity, your company just attacked its own customer by caving into the pressures of the politically motivated social media agitators who seek to destroy CPAC,” ACU General Counsel David Safavian wrote in a letter to Hyatt CEO Thomas Pritzker. “Hyatt made a decision to issue additional statements late last night after the conference ended that disparaged and defamed us. These statements appear to validate demonstrably false and malicious claims.”

Hyatt on Sunday issued a statement saying it was aware the stage at the group’s annual Conservative Political Action Conference “had been compared to a symbol of hate” after left-wing social media users compared it to a Nazi symbol.

In his letter, however, Safavian alleged Hyatt played an instrumental role in designing the stage.

“For months we have collaborated with your team on logistics, including sharing, reviewing, and approving the stage design that was created by one of our subcontractors,” Safavian wrote. “The fact that no one on the Hyatt staff ever raised concerns during the process shows the ridiculous nature of your statements. Moreover, your statements falsely conceal your oversight role. In fact, the Hyatt Hotel, with our organization and subcontractors, approved and worked collaboratively to build this stage. Only after a coordinated far-left assault to destroy our conference arose did you succumb to lies and compound them with your own.

“Our Jewish board members, staff, speakers, and attendees are appalled by the Hyatt leadership for not standing with us as we fight against anti-Semitism (a term that Hyatt fails to use in its statements),” he added. “It is tragic and reckless that Hyatt would choose to abandon its own mission statement of inclusivity and play into the hands of those who are attempting to silence legitimate political views.”