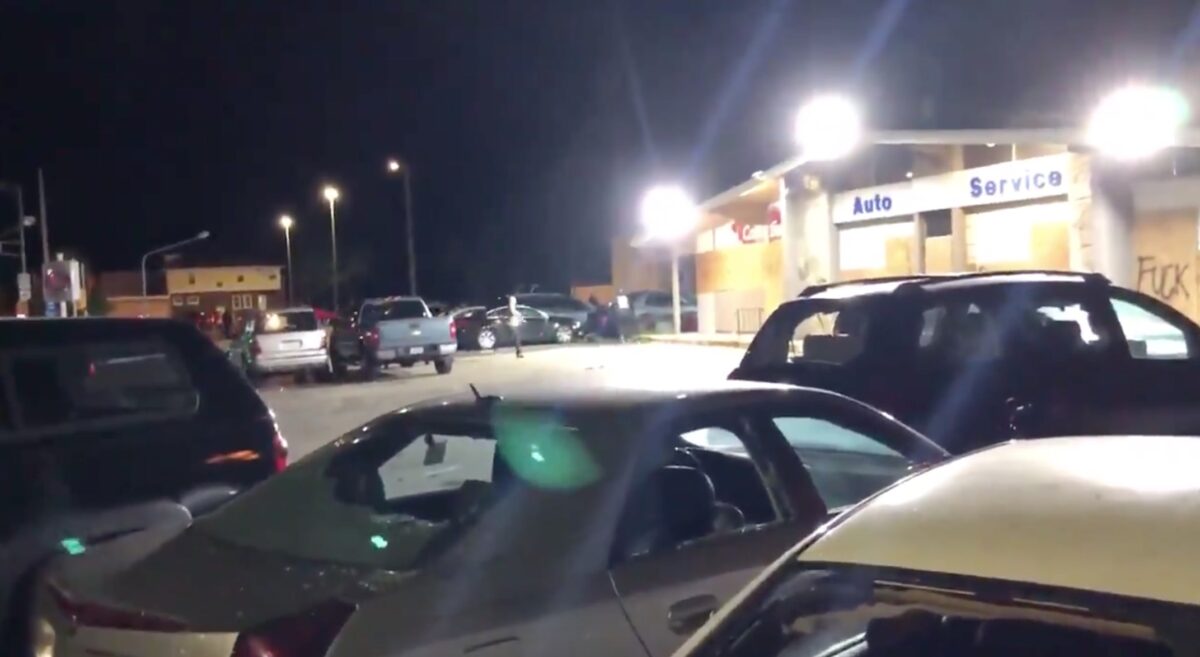 Graphic footage captured by the Daily Caller showed some of Tuesday evening’s violence in Kenosha, Wisconsin, where at least two people were killed and a third was injured.

The footage showed a man being shot in the head in a dark parking lot. Describing the video on Twitter, the Daily Caller’s David Hookstead wrote that his colleague, Richie McGinniss, could be seen applying pressure to the wound and carrying the man — a white male — to the hospital.

GRAPHIC WARNING: Person shot in the head during riots in Kenosha, Wisconsin.

The Daily Caller’s @RichieMcGinniss rushes in, applies pressure to the wound and carries him to the hospital.

The media doesn’t want you to see this, but it’s a war zone. pic.twitter.com/uBhEkTTqFp

I interviewed the alleged shooter before the violence started.

The Daily Caller also posted a video with explainer text on their Facebook page. It shows McGinniss attempting to aid the victim in the immediate aftermath.

The Kenosha News reported around midnight that a police officer said “lots of people” had been shot. By Wednesday morning, officials could confirm that just two had died and one had been wounded. It wasn’t clear whether the man who was shot in the head survived.

Critics noted that mainstream news outlets — including the Washington Post — published reports on the violence late Wednesday morning, but did not credit the Daily Caller.

Again we don’t need to read the story when we saw reporting and video from outlets on the ground in real time. Notice Wash Post does not credit Daily Caller or Townhall https://t.co/CBcCw5KLlG

Daily Caller reporter @RichieMcGinniss was almost shot. He’s seen in the footage taking off his shirt to help stop the bleeding on the man on the ground. #KenoshaRiots

Tuesday evening marked the third day of unrest in Kenosha after the police on Sunday shot 29-year-old Jacob Blake seven times in the back. Blake’s family has said he is in stable condition, but has been paralyzed as a result of the shooting.

UPDATE: A 17-year-old Illinois resident, Kyle Rittenhouse, was charged Wednesday with first degree intentional homicide in connection with the incident.