Democrats Burn Up to $300 Million on Defeated Senate Challengers for McConnell, Graham, and Collins 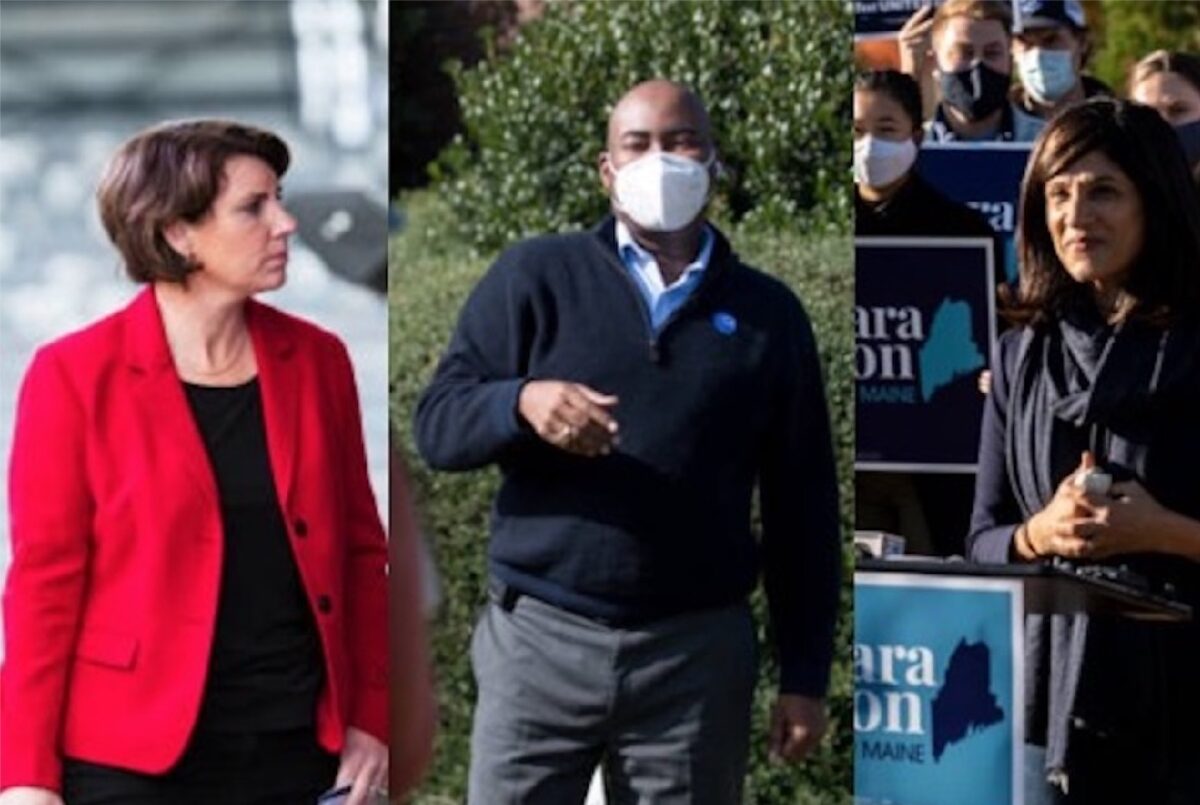 Of that figure, a little more than $94 million came in the form of spending from outside groups, according to data compiled by the Center for Responsive Politics, such as as Planned Parenthood and the Democratic Senatorial Campaign Committee, the official campaign organ for Senate Democrats. The three campaigns spent at least $169 million — and potentially more than $208 million — directly from their own campaign coffers.

In Kentucky, where McGrath challenged Senate Majority Leader Mitch McConnell (R), outside groups spent $16,147,113 supporting McGrath or denigrating McConnell. McGrath spent $73,353,803 as of Oct. 14, and still had $14,751,939 in cash on hand. Provided McGrath’s spent all of it between that day and Tuesday’s election, the race cost the Democratic Party and allied groups a total of $104,252,855.

Election results showed McConnell beating McGrath in a 20-point landslide as of Wednesday afternoon, with 58 percent of the vote to 38 percent for McGrath. Three percent of votes had yet to be counted.

News organizations called the South Carolina in favor of Graham early Tuesday evening. Results as of Wednesday showed Graham leading with 54.9 percent of the vote to 43.7 percent for Harrison. Nine percent of ballots were still uncounted.

Election results as of Wednesday afternoon showed Collins thrashing Gideon 51-42 percent, with 15 percent of ballots outstanding. The defeat was especially brutal for Democrats — and pollsters — who expected Gideon to win an easy victory. An Emerson poll of likely voters released the week before the election showed Gideon leading Collins by 6 percent of the vote. A Quinnipiac poll of likely voters taken in September showed Gideon was in an even stronger position, with a lead of 12 points.

The numbers do not account for funds raised or spent between Oct. 14 and the Nov. 3 election, which means the grand total will likely exceed $302 million. To boot, that figure may grow significantly when final election results arrive in North Carolina, where Democrat Cal Cunningham and Republican Sen. Thom Tillis waged the most expensive non-presidential race ever held. Cunningham had spent $45 million as of Oct. 14, while outside groups spent $92 million on his behalf.

Republicans held 53 of the Senate’s 100 seats headed into this year’s election. As of Wednesday, they had traded one seat with Democrats. Auburn football coach Tommy Tuberville (R) defeated Alabama Sen. Doug Jones (D), while former Colorado Gov. John Hickenlooper (D) had defeated Sen. Cory Gardner (R). Democrats are likely to pick up at least one more seat in Arizona, where Mark Kelly (D) is leading Sen. Martha McSally (R) 52-47 percent, with 83 percent of the state reporting.

Billionaire media executive Barry Diller lamented the Democratic Party’s plight in a Wednesday interview on CNBC, calling the election “a failure on the part of the Democrats.”

“Four years ago, I thought, ‘Wow we’re scraping the bottom,'” he added. “Now, we really are at the bottom. From the bottom, in a way, you can say there’s hope, but there’s only hope frankly if there’s real humility on the side of — I wouldn’t even call it progressive, but I would certainly call it Democrats — about what they’ve done wrong.”