DENIED! Marjorie Taylor Greene and 2 Other Republicans Must Pay Mask Fines After Their Appeals Fail 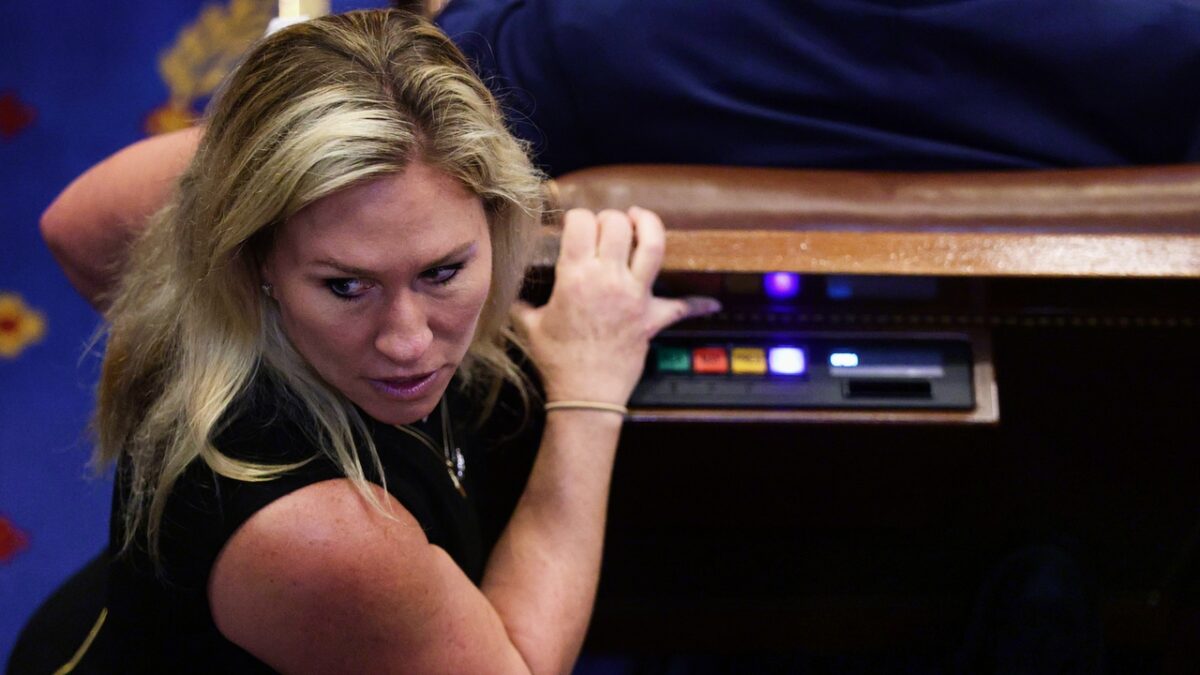 Congresswoman Marjorie Taylor Greene and two other House Republicans have had their appeals denied, and must now pay $500 fines for violating Speaker of the House Nancy Pelosi’s Covid mask mandate.

The House Committee on Ethics has ruled on appeals by Greene and Reps. Thomas Massie and Ralph Norman, releasing identical statements upholding the fines:

A majority of the Committee did not agree to the appeal. Pursuant to House Resolution 38 and clause 3(g)(3)(C) of House Rule II, the Committee hereby publishes the required notification and Representative Greene’s written appeal.

The fines were levied after a gaggle of Republicans staged a “courageous” mask protest in May, complete with photo op, that saw most receive only a warning.

In her appeal, Greene also noted that Speaker Nancy Pelosi’s mask mandate ran counter to CDC guidance at the time, permitting the removal of masks by fully-vaccinated people in most circumstances. But many House Republicans were not confirmed to be in that category. In a CNN survey of members of Congress, 100 percent of Democrats in the House and Senate said they had been vaccinated. But just 44.8 percent of Republican House members and 92 percent of GOP senators said they’d gotten the jab.