DeSantis Defends Maskless Super Bowl: ‘How the Hell Am I Going to Be Able to Drink a Beer with a Mask?’ 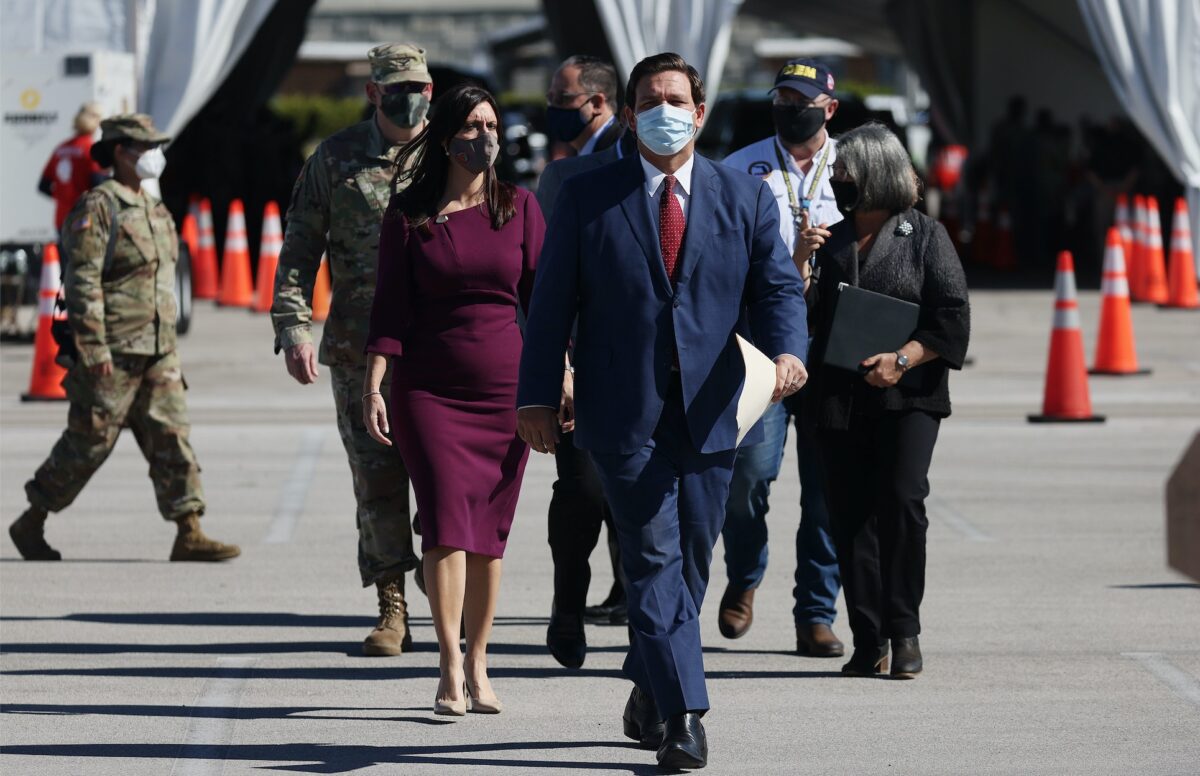 Florida Gov. Ron DeSantis (R) reportedly defended the decision by many who attended his state’s sporting event over the weekend to abstain from wearing face coverings.

“Someone said, ‘Hey, you were at the Super Bowl without a mask’ … but how the hell am I going to be able to drink a beer with a mask on?” DeSantis said, according to Politico. “Come on. I had to watch the Bucs win.”

Tampa hosted Super Bowl LV on Sunday, where the Tampa Bay Buccaneers defeated the Kansas City Chiefs. Many attendees flouted an order by Tampa Mayor Jane Castor (D) requiring people in the city to wear masks indoors and in some outdoor locations. Some critics also chided Buccaneers Quarterback Tom Brady for failing to wear a mask when he entered the stadium, and when he accepted the Super Bowl 2021 trophy.

Castor’s rule came attached with a $500 fine until November, when DeSantis passed an order that prohibited local officials from instituting mask requirements. DeSantis has made headlines throughout the pandemic for opting against a statewide mask mandate, and for allowing bars and restaurants to reopen at full capacity in September, an earlier date than some other states.

NFL rules capped this year’s Super Bowl at fewer than 25,000 fans in a stadium that normally holds about 66,000.