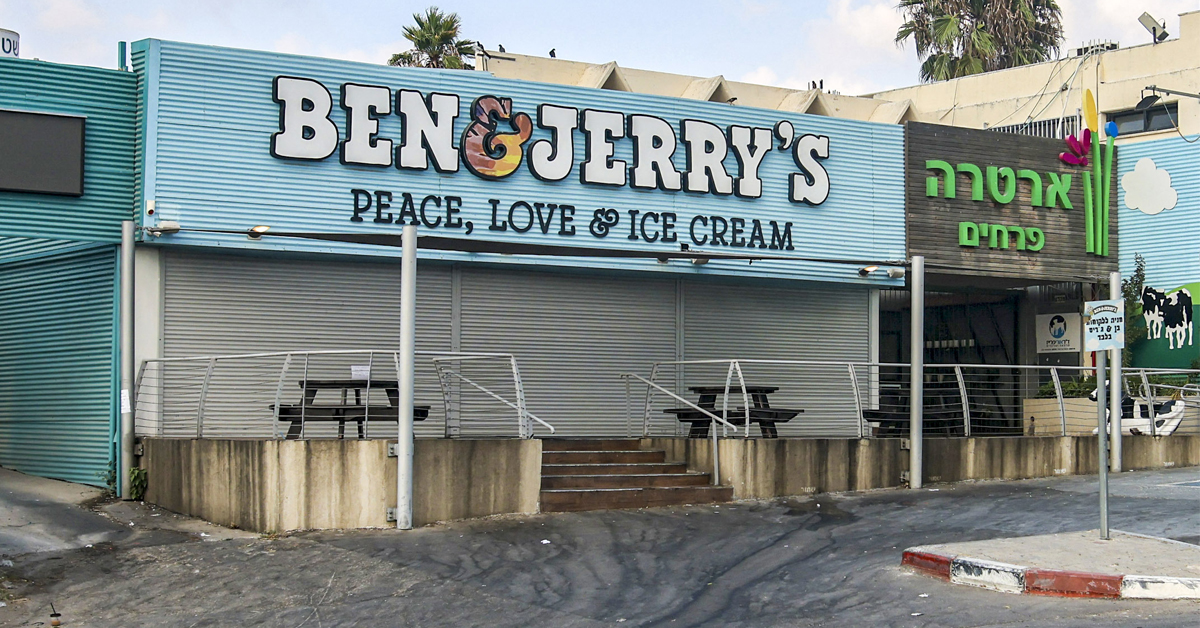 On Tuesday, Florida added Unilever, parent company of Ben & Jerry’s, to their list of “scrutinized companies” over the ice cream giant’s boycott of Israel. This means they have 90 days to cease the boycott, or face being boycotted themselves by the state of Florida.

Ben & Jerry’s announced it was cancelling the contract with its Israeli licensee because it will no longer do business in “occupied Palestinian territory,” a move that sparked a fierce backlash from the Israeli government.

Florida is one of many U.S. States with laws regarding boycotting of Israel or Israeli citizens. Its state board of administrators maintains a list of “scrutinized companies” which is made up of “companies that participate in a boycott of Israel, including actions that limit commercial relations with Israel or Israeli controlled territories.”

Florida has added Unilever to that list, as they did Airbnb earlier this year. The announcement was made Tuesday, following a July 22nd letter from Gov. Ron DeSantis instructing the SBA to have Unilever and Ben & Jerry’s added.

“As a matter of law and principle, the State of Florida will not tolerate discrimination against the State of Israel or the Israeli people,” said Gov. DeSantis in Tuesday’s statement. “By placing Ben & Jerry’s Fortune 500 parent company Unilever on our List of Scrutinized Companies that Boycott Israel, Florida is sending a message to corporate America that we will defend our strong relationship with the Jewish State. I will not stand idly by as woke corporate ideologues seek to boycott and divest from our ally, Israel.”

Once added, a company has 90 days to cease the actions which prompted its inclusion on the list, or face the attendant prohibition against state investment in the company or its subsidiaries or affiliated companies, and against contracting with same.

“If Ben & Jerry’s does not cease its boycott of Israel within 90 days of being placed on the list, Unilever will become subject to an investment prohibition and the State of Florida will not contract with Unilever or its subsidiaries,” reads the statement from the SBA.

That covers a lot, including perhaps most painfully a prohibition on any state pension funds holding investment in Unilever or any of its subsidiary companies.

Read the letter from the SBA to DeSantis confirming the addition of Unilever here.