Duncan Hunter, Who Once Bought 30 Tequila Shots ($462) With Campaign Funds, to Resign From Congress 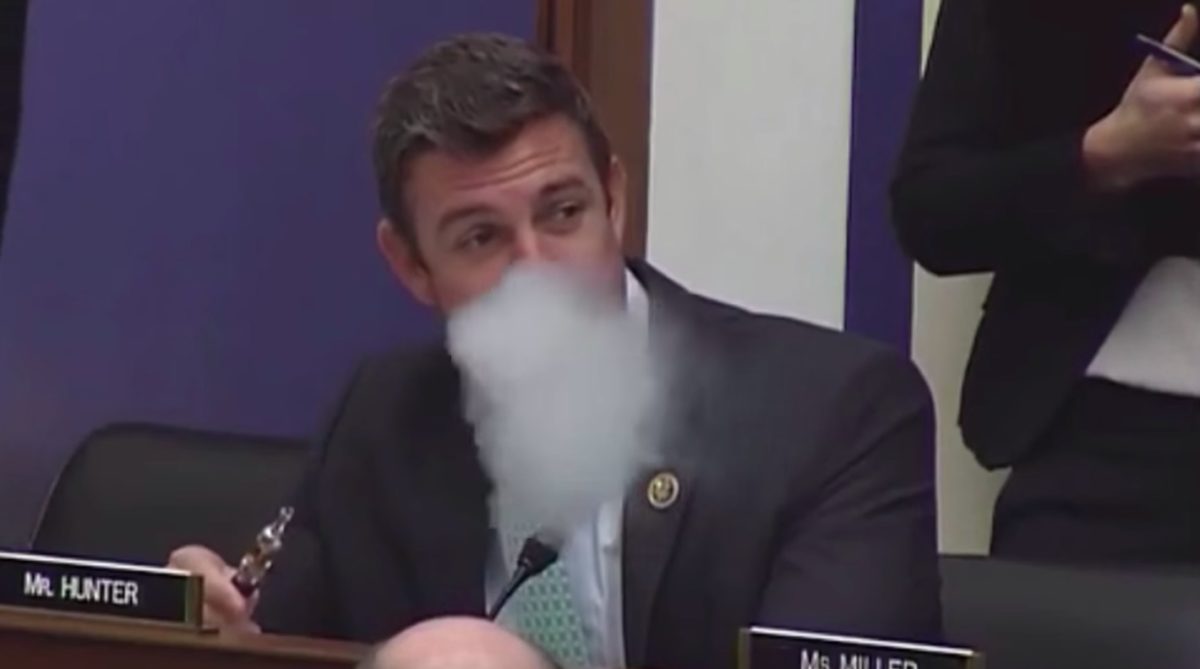 Hunter, a six-term U.S. congressman who was once caught spending $462 in campaign money on 30 tequila shots at a bachelor party in Washington, D.C., will formally leave Congress on January 13 to face his March sentencing, during which he could be sentenced to five years in prison but it is more than likely that he will serve much less time.

The “vaping congressman” — a nickname Hunter received in 2016 after vaping during a congressional hearing on the regulation of e-cigarettes — and his wife, Margaret Hunter, siphoned $250,000 in campaign funds over the years to keep up their luxurious lifestyle, all while routinely going broke. The couple’s more absurd expenditures include a lavish vacation around Italy, a family trip to SeaWorld in Orlando, Florida, $3,166 on cable services to order UFC fights and the NFL Red Zone channel, $1,595 on Olive Garden dinners, and several hundred dollars on Untied Airlines flights for a pet rabbit. The Hunters also used the campaign funds to pay for electric and heating bills, school tuition, and grocery trips.

Additionally, the Republican lawmaker stands accused of using the stolen campaign money to fund numerous affairs, including with lobbyists, one of his former congressional staffers, and a political operative who worked for the GOP House leadership,