Falwell Jr. Tweets Then Deletes Attack on Preacher for Not Having Enough of ‘A Pair’ to Attack His Own Congregation
SON OF A PREACHER MAN

Falwell Jr. Tweets Then Deletes Attack on Preacher for Not Having Enough of ‘A Pair’ to Attack His Own Congregation 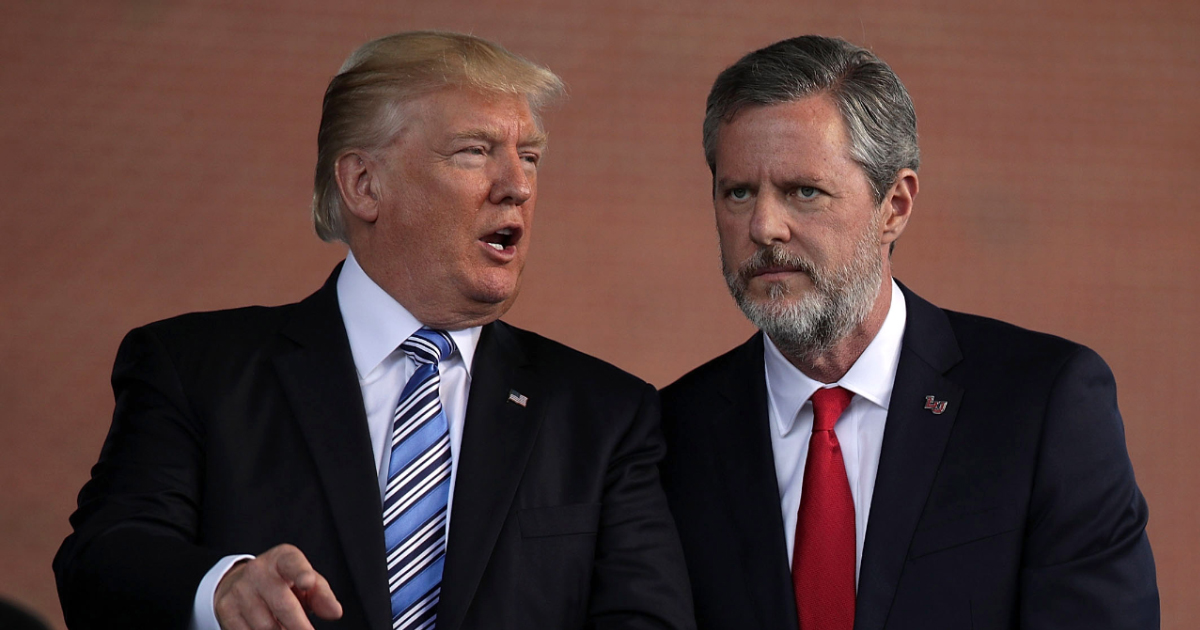 President Donald Trump has been the featured player in a prayer controversy and Christianity clash after showing up at a church in McClean, Virginia where Pastor David Platt prayed with and for him, to the dismay of some of his less Trump-receptive congregants and the frenzy of the media. And, to the opportunistic crudeness of Liberty University’s Jerry Falwell Jr.

Falwell Jr. is, to put it absurdly mildly, a fan of Trump. Falwell’s entire media footprint is dependent on Trump, despite his famous dad and post as president of a leading protestant Christian university. He’s courted controversy constantly in his boosterism of Trump, seemingly to his own delight, and made no exception in his latest round of mixing trolling with obsequiousness.

He did, however, eventually delete it. Nevertheless, screenshots persisted. 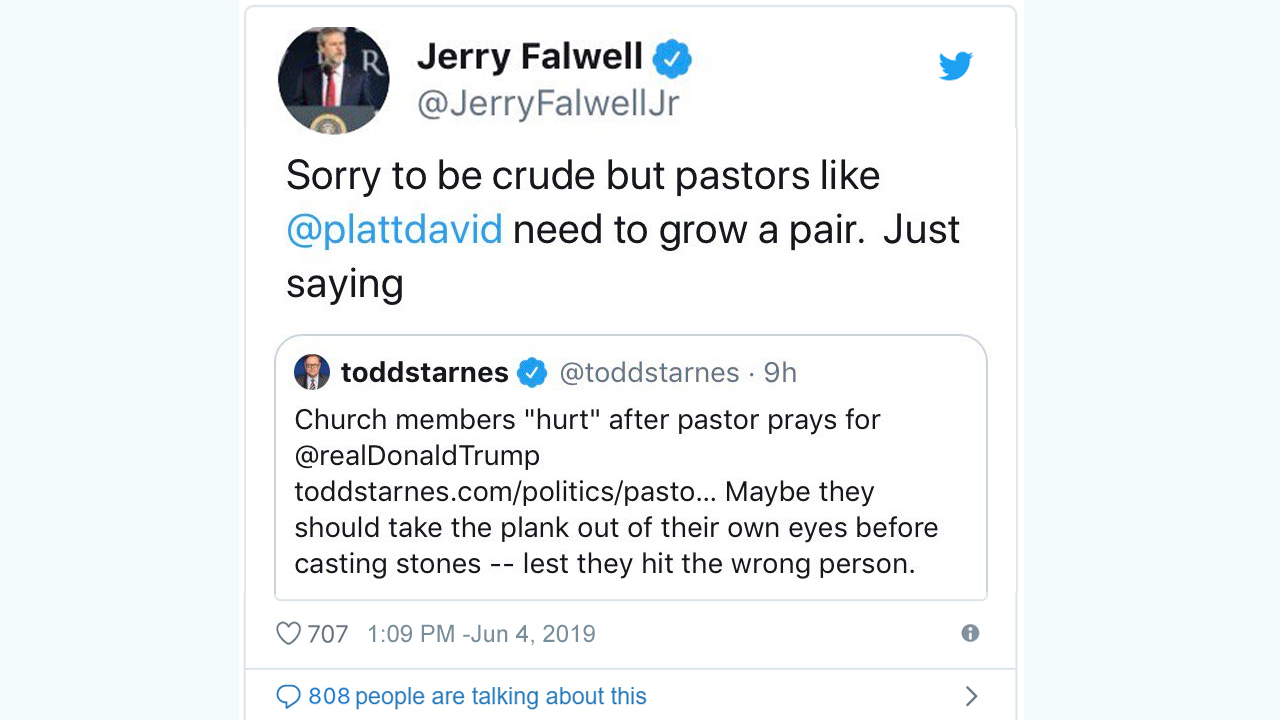 There has been no single man in our generation that has done more to harm the Christian faith than @JerryFalwellJr.

You will never be half the man @plattdavid is. pic.twitter.com/uFExdvQghe

Can @JerryFalwellJr just go away please? Platt welcomed POTUS and prayed for him but since he didn't smile broadly in front of a framed @Playboy mag in Trump Tower it's not enough for you? https://t.co/HsdRrekEoX

For his part, in response to criticisms, Falwell Jr. made sure to quickly point out that he is not a pastor or minister of any kind and highlight his secular background, lest any think wrong about the religiosity of his person.

You’re putting your ignorance on display. I have never been a minister. UVA-trained lawyer and commercial real estate developer for 20 yrs. Univ president for last 12 years-student body tripled to 100000+/endowment from 0 to $2 billion and $1.6B new construction in those 12 years

No, we got it. You’re not a Jesus guy. Message received. Really.