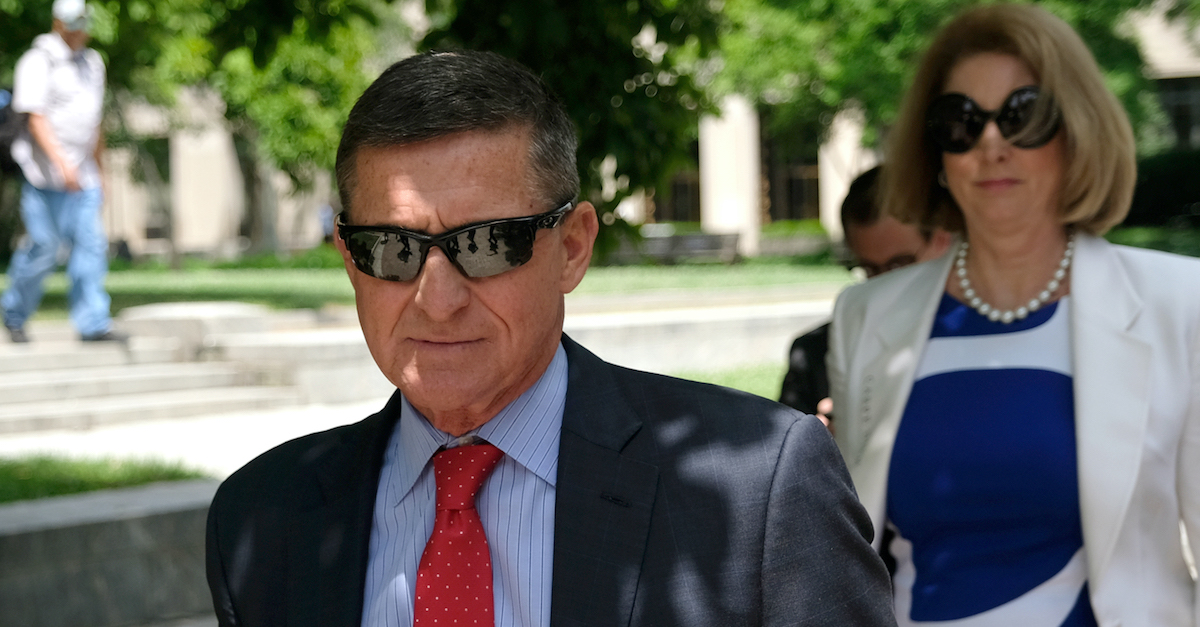 Michael Flynn’s attorney, Sidney Powell, called on the Justice Department to release both the classified transcripts and actual audio of her client’s private calls with Russian diplomat Sergey Kislyak, joining a chorus of former Obama officials who have argued that the public has the right to hear the actual conversations that ignited a counterintelligence investigation into Flynn.

Speaking with host Dan Abrams on his SiriusXM show on the POTUS Chanel, Powell agreed when asked if she would want the full release of Flynn’s discussions with Kislyak which were being monitored by government officials.

“I’d love to see them,” Powell said of the transcripts, before offering a theory as to why they haven’t been made public by numerous officials, including the judge overseeing Flynn’s trial for lying to the FBI. “I think the reason we haven’t seen them is because the word ‘sanctions’ doesn’t even appear in them.”

Back in January, Flynn tried to change his plea to not guilty from guilty, and told the court that he doesn’t remember the exact details of his conversation with the Russian ambassador. “I still don’t remember if I discussed sanctions,” Flynn wrote.

“I would love to see the release of that transcript,” Powell reiterated to Abrams. “Apparently, the Washington Post or the New York Times had it, but has the defense been allowed to see it? No. No defense lawyer for General Flynn has been allowed to hear the recording or see the transcript. And, frankly, I would want both, because I can’t trust the FBI or the CIA, or the NSA, or whoever it was, to do an accurate transcription of anything based on the lies I’ve seen in the 302.”

Later, Abrams tried to tease out Powell’s theory on what motivated the FBI to target her client: “Why? Why did they want to get him?”

“There were a number of reasons,” Powell said, before pivoting to a repeatedly debunked conspiracy theory. “A target’s been on his back since he spoke out vehemently in front of Congress on President Obama arming and supporting ISIS and seeing the rise of ISIS while Obama was denying it…”

Abrams then broke in to challenge the direction of where her argument was heading.

“It sounds like this is be about speaking out against Obama,” Abrams clarified, before confronting with the inconvenient realities about her narrative. “That would suggest, that [FBI Director] Jim Comey, right, was an Obama sort of person there to help Obama. If that was the case, why wouldn’t Comey and the FBI have leaked the entire Russia investigation during the campaign? And why would Comey have, 11 days before the election, announced that the Hillary Clinton investigation was re-opened if Comey was all out to get Flynn and get President Trump?”

“I can’t begin to explain the inner workings of James Comey’s mind,” Powell said, before reciting a post-election timeline of events, dodging the question. “All I can tell you is, that, from the documents that have been shown to us, [Comey] was at the point person of getting the transcript of the Flynn-Kislyak phone calls and giving copies, multiple copies of the transcript to [DNI James] Clapper at then end of December, early January. Clapper then briefed President Obama and the upper echelon of the White House, the inner circle of the White House, and that’s how [Deputy Attorney General] Sally Yates came to learn from President Obama about the Flynn-Kislyak phone call in that meeting on January 5th.”

Listen to the audio above, via The Dan Abrams Show.