Fmr Homeland Sec Adviser Bossert on Trump Not Wearing Mask: ‘Do as I Say Not as I Do Isn’t Very Helpful’ 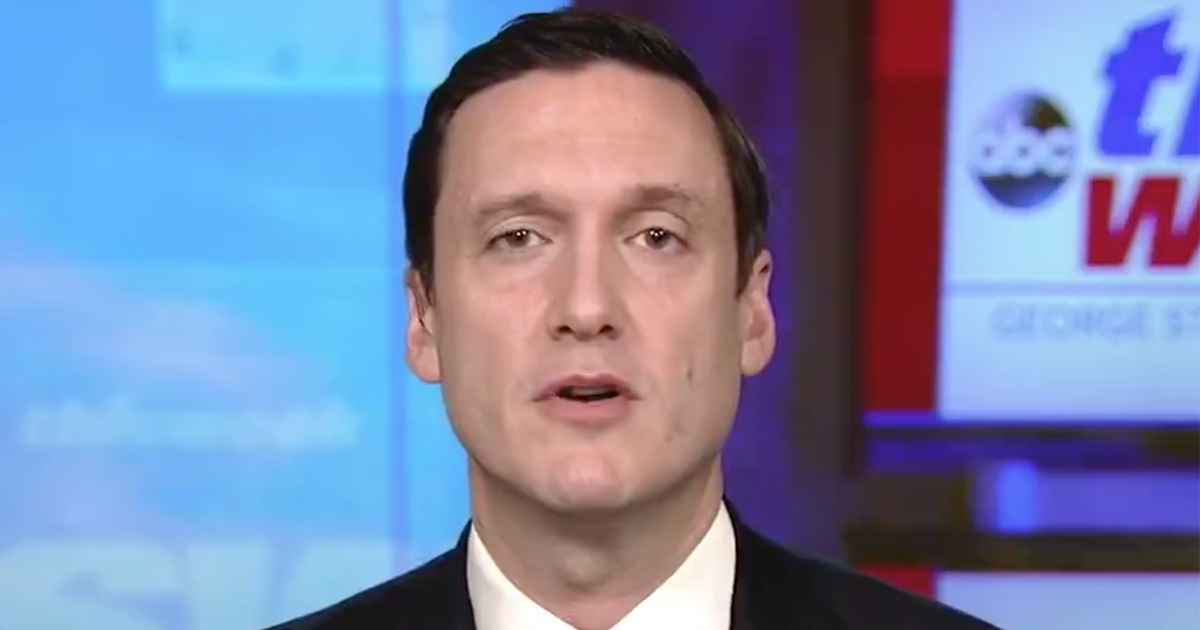 Tom Bossert, former Homeland Security adviser to President Donald Trump and current ABC News contributor, said Sunday it’s not helpful for the president to not be wearing a mask in public when the continued advisory from top officials like Dr. Deborah Birx is that people should be wearing masks if they cannot social distance.

The president has received criticism for not wearing a mask, but was spotted wearing one in a photo during his visit to a Ford plant — a statement from the Ford Motor Company said, “Bill Ford encouraged President Trump to wear a mask when he arrived. He wore a mask during a private viewing of three Ford GTs from over the years. The President later removed the mask for the remainder of the visit.”

“Do as I say not as I do isn’t very useful,” former Trump homeland security adviser Tom Bossert says when asked about President Trump not wearing a mask. https://t.co/27wiSnRlJE pic.twitter.com/8LdOeY0vq6

On ABC’s This Week Sunday, Martha Raddatz brought up “cultural resistance” going on around the country before noting the president not wearing a mask.

She noted POTUS’ golfing and beach signs from his campaign before saying, “This can’t be helpful.”

“‘Do as I say, not as I do’ isn’t very useful to reinforcing what [Dr. Birx] just said,” Bossert responded.

He said everyone should wear a mask because it’s “common decency,” adding that people should wash hands and keep follow social distancing guidelines, in addition to sharing a message about Memorial Day.