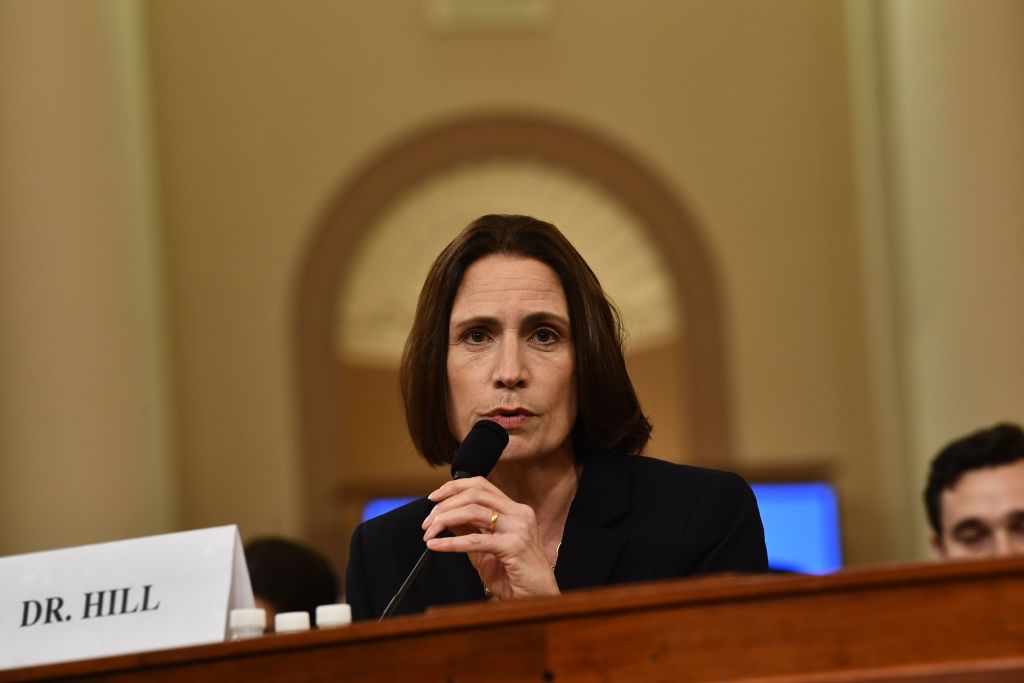 In a long profile of Hill in The New Yorker, the magazine offers a behind-the-scenes perspective of her riveting appearance at a House Intelligence hearing, where the foreign policy expert had warned that the White House’s shadow foreign policy in Ukraine was “all going to blow up.”

While Hill endured open hostility from Republican Congressman during the hearing and the Trump White House continued to push conspiracies she had debunked, the New Yorker reports that she received support from numerous former Trump cabinet officials, including former NSA Lt. Gen. H.R. McMaster, former Trump White House Chief of Staff General John Kelly and two of the president’s ex-staffers who have become vocal critics.

Bolton, who was fired in September, 2019, had decided to save his revelations for a memoir. After Hill’s testimony, he asked Sarah Tinsley, a longtime aide, to relay a personal message: “You did the right thing.” On March 1st, Hill received an e-mail from James Mattis, the former Secretary of Defense: “I’ve wanted to drop you a note paying my respects but hesitated in the immediate aftermath of your testimony to ask around for your email address. Had word leaked out that I wanted to be in touch I imagined it could/would have been misconstrued and add to the challenges you were dealing with.” He went on, “I doubt that I’ve ever felt the combination of pride, anger and contempt as I watched you testify and what followed. I was enormously proud of your demonstrated courage and poise as you stood tall; angry at those who chose to try to defame you (they failed); and contemptuous of what we witnessed in those weeks by supposed political leaders whose hear no evil, see no evil stance revealed profiles in non-courage.”