Former CDC Chief Says If New York Acted Sooner, Estimated Death Toll Could Have Been Reduced By 50 to 80% 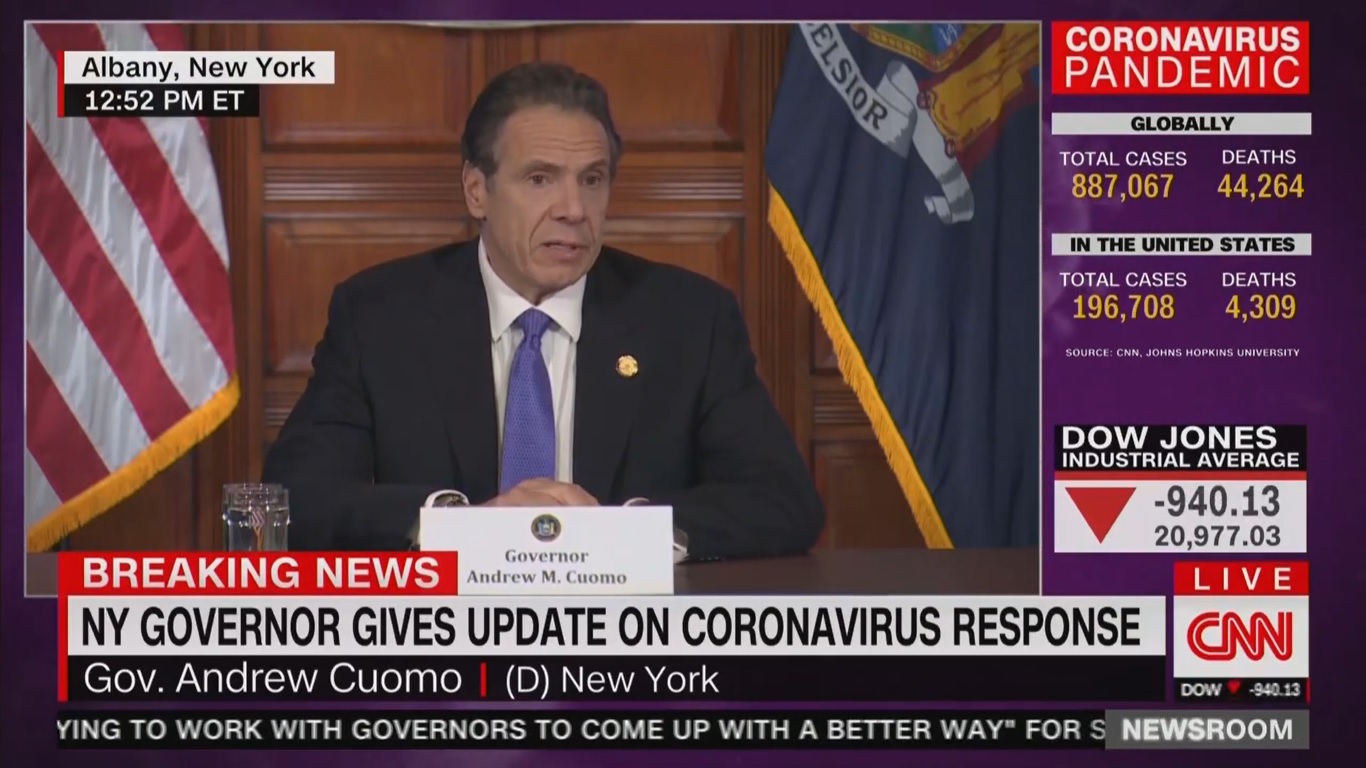 Dr. Thomas R. Frieden, the former head of the Centers for Disease Control and Prevention, estimated in a new report that if New York adopted a stay-at-home order sooner, the state’s death toll could have been reduced by 50- 80 percent.

“Flu was coming down, and then you saw this new ominous spike. And it was Covid. And it was spreading widely in New York City before anyone knew it,” Frieden told the New York Times. “You have to move really fast. Hours and days. Not weeks. Once it gets a head of steam, there is no way to stop it.”

According to the Times, Frieden added “that if the state and city had adopted widespread social-distancing measures a week or two earlier, including closing schools, stores and restaurants, then the estimated death toll from the outbreak might have been reduced by 50 to 80 percent.”

The Times piece analyzed how delays in isolation measures damaged New York’s success in battling the virus, concluding that if Governor Andrew Cuomo and Mayor Bill de Blasio had acted sooner, the state’s confirmed cases would be significantly lower.

California and Ohio, for example, closed their schools several days earlier than New York, despite having significantly fewer cases.

Cuomo also issued his stay-at-home order a week later than California Gov. Gavin Newsom did, and now New York has roughly 100,000 more cases, becoming an epicenter of the pandemic.

“Everything was slow,” New York City Councilman Stephen T. Levin told the Times. “You have to adapt really quickly, and nothing we were doing was adapting quickly.”

“New York City as a whole was late in social measures,” added Isaac B. Weisfuse, a former New York City deputy health commissioner. “Any after-action review of the pandemic in New York City will focus on that issue. It has become the major issue in the transmission of the virus.”

Despite beliefs that New York had begun to flatten the curve, Cuomo announced the state’s highest single-day death total on Tuesday, as 731 more people died from the virus.