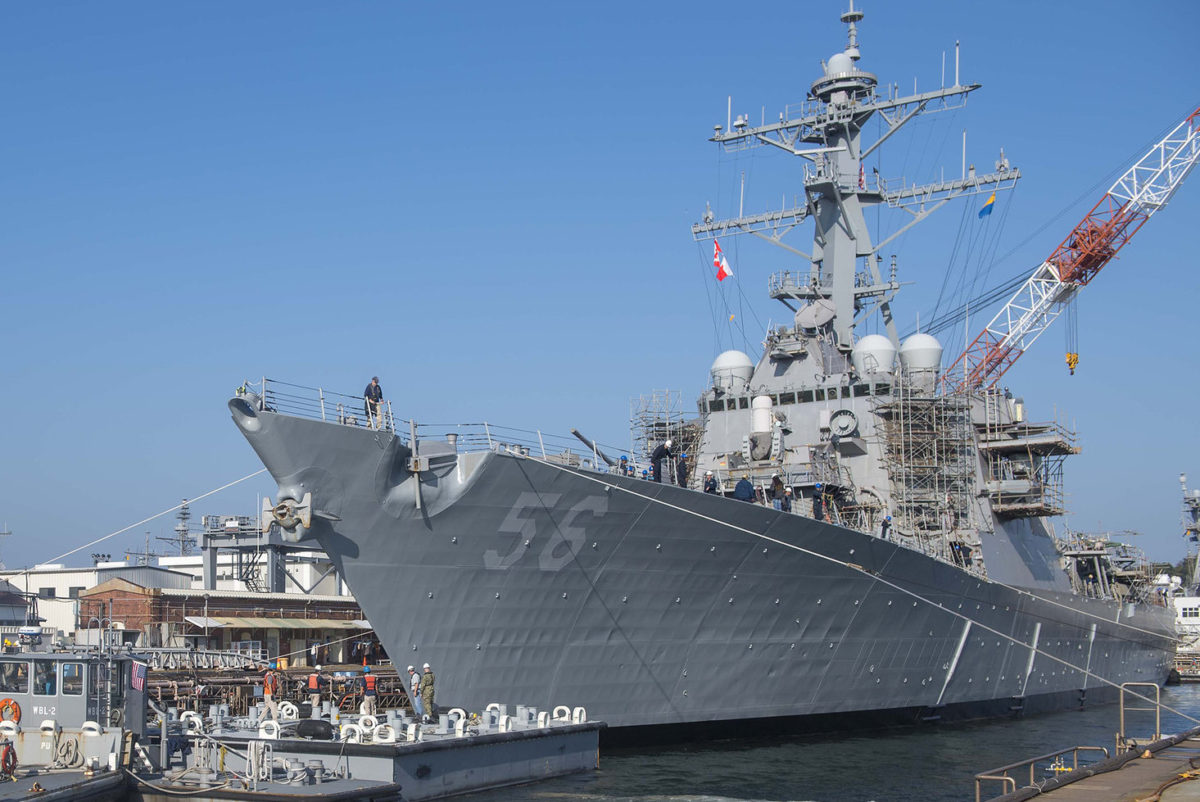 Republican Senator Martha McSally, a former US Air Force fighter pilot and combat veteran, has called for a “full investigation” into the White House’s request to move or otherwise hide the USS John S. McCain during President Donald Trump’s visit to Yokosuba Naval Base in Japan last week.

This latest turn of events comes via the Wall Street Journal, which originally broke the story that the White House sent a request to the US Navy to obscure the ship from the president’s possible sightline when he would be holding a rally on the nearby amphibious assault ship, USS Wasp. Subsequent news reports have detailed other efforts to purge the area of the namesake of the recently deceased Senator John McCain — whom Trump despises — which included not inviting and even turning away sailors from the ship, who would’ve been wearing the ship’s name on their duty caps and uniforms.

Trump has denied any knowledge of the request and the White House has confirmed he was not aware of it.

McSally, who serves on the Senate Armed Services Committee, said she wanted a “full investigation into who ordered it and what occurred.” She echoed the sentiments of the committee’s Democratic ranking member, who called the White House request “disgraceful” and “beyond petty.”

Republican scrutiny of this move comes at a critical juncture for the White House, which has just nominated acting Defense Secretary Patrick Shanahan to permanently fill the role he has held for the past five months. Shanahan would first need Senate confirmation, however. And Shanahan ‘s role in helping the White House fulfill its request is now an issue of debate, according to the Journal.

“Acting Defense Secretary Pat Shanahan was aware of the concern about the presence of the USS John S. McCain in Japan and approved measures to avoid what officials believed might be a disruption to the president’s visit, a U.S. official said,” the Journal reported. But Shanahan disputed this in a public statement on Thursday: “What I read this morning was the first I heard about it.”