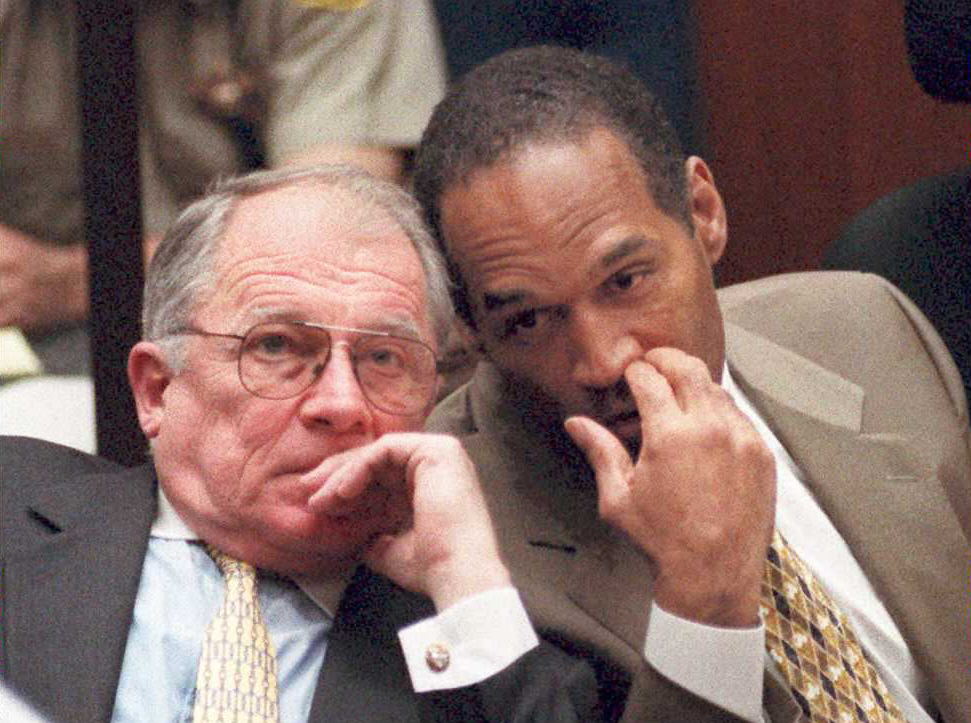 Bailey, a former marine, ended up working on some of the most famous cases of the 20th century and once graced the covers of Time and Newsweek. the once famous lawyer has seen his fortunes ebb, though. He’s been disbarred in several states and now lives in a small town in Maine and no longer practices law. His nothing-left-to-lose status has put him in the position of having everything to say, it seems.

On Bob Shapiro, his co-counsel in the O.J. Simpson case: “He was trying to screw me all along. He fucked up the case on day one by giving O.J. a polygraph test that was totally impossible. …Bob Shapiro couldn’t cross-examine a toad.”

On Attorney General Barr: “It’s very strange that a guy who, long before he was considered to be a candidate for attorney general, wrote a very extensive paper saying why there is no case [against the president]. I mean, I wish I could have selected the prosecutors that I opposed from a list of candidates who didn’t think they had a case. That thing had a big odor to it.”

On Dershowitz: “I don’t think he’s defending Trump. Alan likes to take the unpopular side of a legal question and drive it home. He also hasn’t seen any action in quite a while and likes to be controversial. But nothing in his base philosophy would compel him to be a fan of this president.”

On Toobin, who wrote a book about the O.J. Simpson trial: “Jeffrey doesn’t have any legal experience. If he tried any cases when he was an assistant U.S. Attorney in Brooklyn, no one can find them. …It’s not just that he gets the facts wrong. Jeffrey interviews you and then he publishes whatever looks best for himself. He will say whatever he wants to say, whether it’s true or not.”

On O.J. Simpson, his most famous client: “People assumed he was guilty, and his reputation couldn’t be resurrected…It’s a fact. He was completely innocent.”

On his theory of the real killers of Nicole Simpson and Ron Goldman: “They were hit men from Colombia who weren’t very bright. They were looking for someone else. Faye Resnick was a heavy cocaine user with a heavy debt. She was living in the house until the day before, and a decision was made to kill her…But when the boys went to do it, they found Nicole, and they had an argument with her on the street corner, and they drove away and went around to the back of the house, and came in and cut her up with a knife. Ron Goldman was just very unfortunate.”

Bailey offers up many other over-the-top and off-color quotes, making the whole interview worth reading.