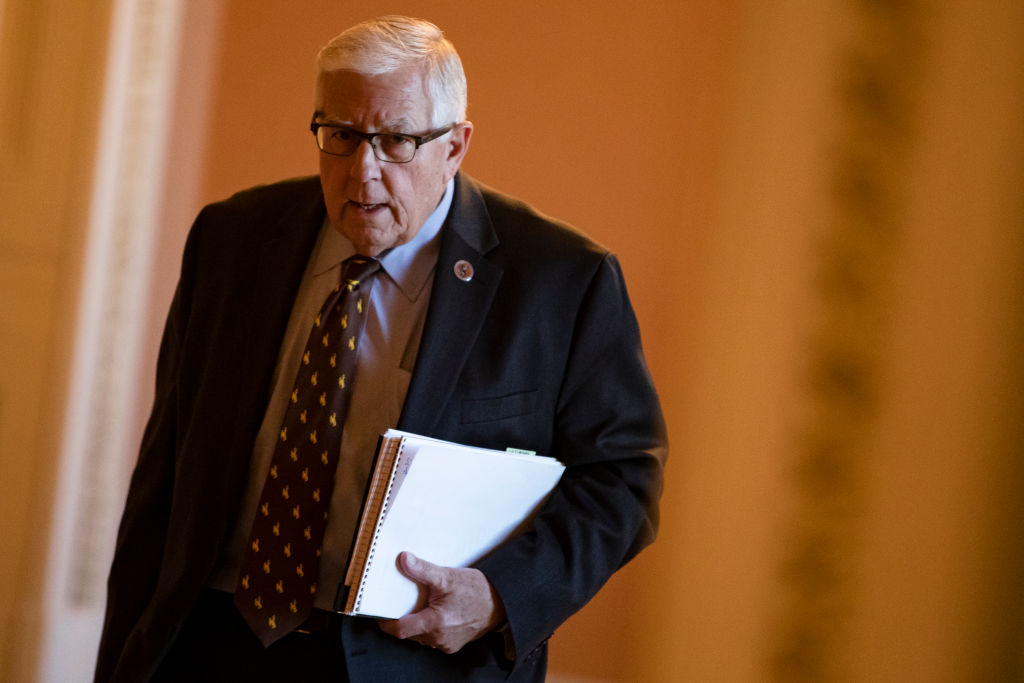 Former Sen. Mike Enzi (R-WY) was airlifted to a hospital after suffering serious injuries in a bicycle accident on Friday, as confirmed by his family.

The 77-year-old was first elected to the Senate in 1996 and served until he announced he would not seek re-election in 2020. His tenure included six years as the Senate Budget Chair.

“Mike Enzi in hospital after bicycle accident,” was the comment posted by his Twitter account, the only update since the end of his term, along with a statement that he had been life flighted to a Denver-area hospital Friday evening. “He sustained serious injuries while riding a bicycle near his home in Gillette,” a Wyoming town about 300 miles north.

Well-wishes and prayer requests poured in, including from several of Wyoming’s current lawmakers and Enzi’s former Senate colleagues.

This weekend, we received news that our friend and former colleague Sen. Mike Enzi was involved in a serious accident while riding his bike. I know members on both sides are very much thinking of Mike at this time. We are praying for his health and for the entire Enzi family.

Annette and I are praying for Senator Enzi after he suffered a serious accident on his bike over the weekend. We hope he recovers with ease and are thinking of his loving wife, Diana, and devoted family at this time.

Barbara & I are praying for our dear friends Mike & Diana Enzi

CNN’s Manu Raju spoke to Sen. Cynthia Lummis (R-WY), Enzi’s successor, who told him that Enzi’s injuries included broken vertebrae and ribs. His condition was “extremely serious,” said Lummis, and it was unknown if he would survive. “I just encourage every prayerful person to pray.”

Wyoming Sen. Cynthia Lummis, who holds former Sen. Mike Enzi’s seat, said the former GOP senator sustained broken vertebrae and broken ribs in a major bicycle accident. He has been airlifted to a hospital in Denver from his home in Gillette, Wyoming.

“The situation is extremely serious,” said Lummis. She added: “We don’t know” when asked if former Senator Enzi would make it. “I just encourage every prayerful person to pray.”