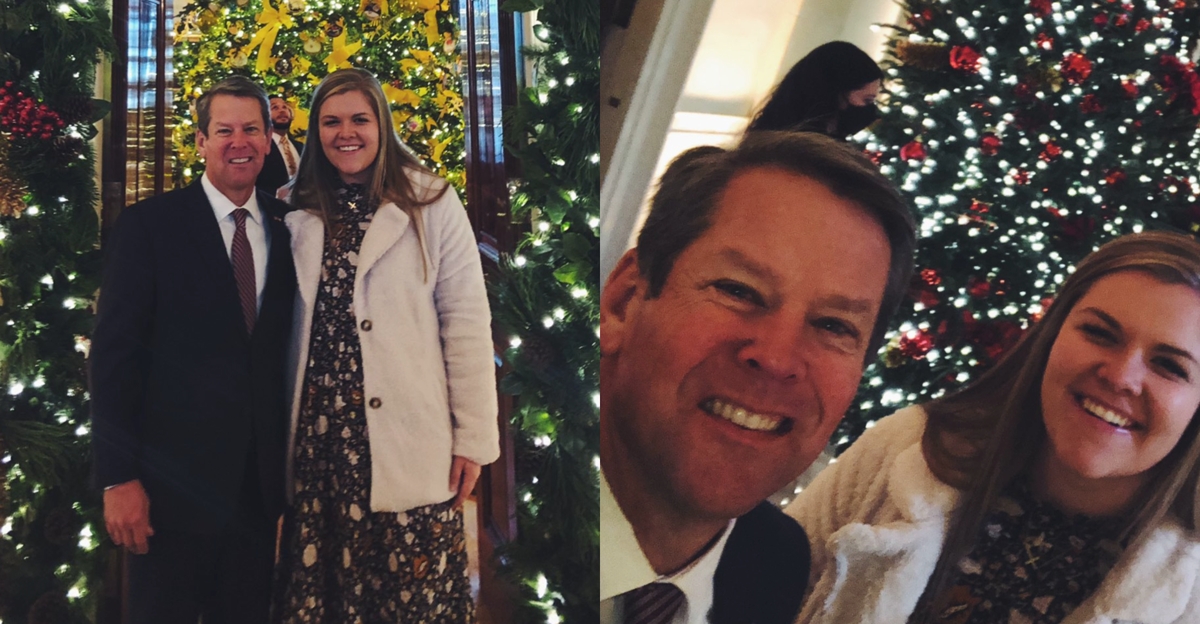 After a lengthy campaign of abuse by President Donald Trump that included a promise to jail him, Georgia Governor Brian Kemp perplexed many by posting a photo of himself at a White House Christmas party Friday night.

Kemp has been one of many targets in Trump’s campaign to whip up outrage among his supporters over his false claims of a stolen election, a campaign that Kemp says has resulted in death threats to his family. And earlier this week, Trump posted a tweet from pro-MAGA attorney Lin Wood that promised Kemp would soon be jailed.

But none of that prevented Kemp and his daughter from showing up to the White House Christmas party Friday night, as evidenced by a pair of photos the governor posted on Twitter.

“Lucy and I had a great time at the @WhiteHouse Christmas Party today. Merry Christmas, everyone!” Kemp wrote, with Christmas tree and flag emojis.

Lucy and I had a great time at the @WhiteHouse Christmas Party today. Merry Christmas, everyone!🎄 🇺🇸 pic.twitter.com/nKPLe3M32Y

How did this happen

Kemp’s appearance came just hours after Trump fired off a series of tweets slamming the Georgia governor for not aiding the effort to overturn President-elect Joe Biden’s resounding victory in the presidential election.

Correction: This story has been corrected to note that Lucy is Brian Kemp’s daughter, not his wife.