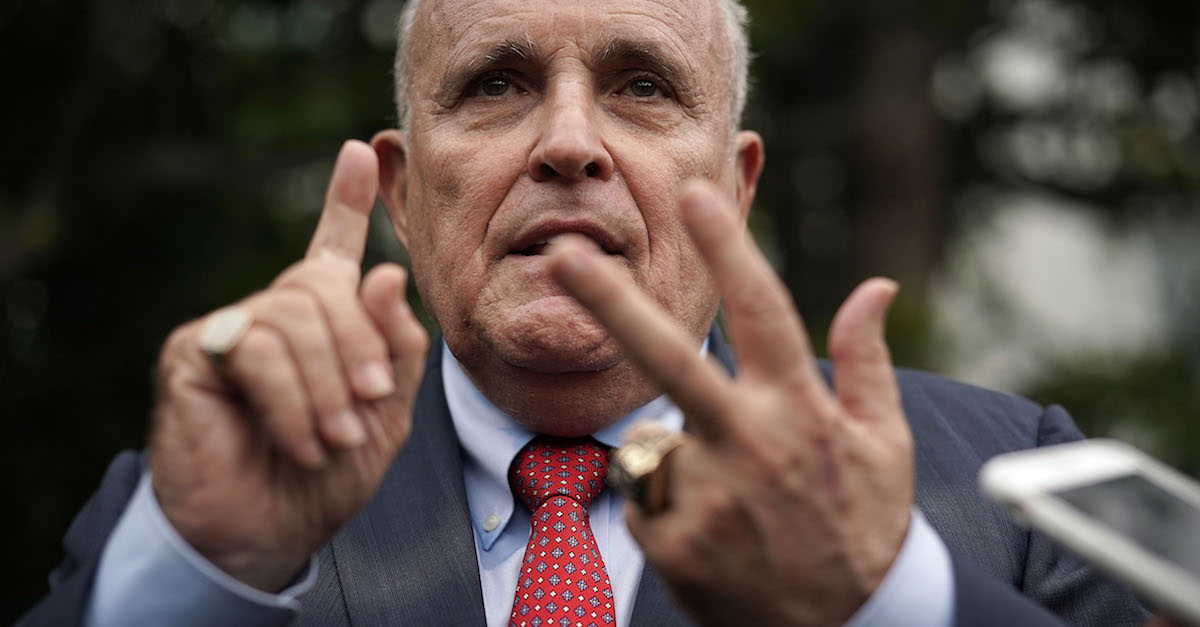 President Donald Trump will be out of office on Wednesday, and before his term is over he’s expected to issue a whole slew of additional pardons.

The New York Times reported Sunday on some “pardon lobbying” going on, with one episode in particular allegedly involving Rudy Giuliani.

Former CIA officer John Kiriakou, who was convicted for the illegal disclosure of classified information, spoke to the Times about a meeting he had in 2018 with people connected to the president:

“I wanted to believe them,” he said.

Ms. Giorno disputed this account, saying neither she nor Mr. Gigicos bragged about their presidential access. She said Mr. Gigicos was not involved in her effort, which she said was motivated by a feeling that “it was unfair what happened” to Mr. Kiriakou.

In July 2018, Ms. Giorno signed an agreement with Mr. Kiriakou, a copy of which was obtained by The New York Times, “to seek a full pardon from President Donald Trump of his conviction” for $50,000 and promised another $50,000 as a bonus if she secured a pardon.

Kiriakou also claimed that during a meeting with Giuliani, when the president’s lawyer went to the bathroom, another individual there said, “It’s going to cost $2 million — he’s going to want two million bucks.”

In his response to the Times, Giuliani apparently said that “none of his associates would offer his services as a pardon broker because he had made clear that he did not work on clemency cases as a result of his representation of Mr. Trump.”

In response to that report getting a great deal of attention in the past day, Giuliani said, “The claims that I asked for, or received, any compensation for a pardon for myself or anyone else is false, defamatory, and malicious.”

The claims that I asked for, or received, any compensation for a pardon for myself or anyone else is false, defamatory, and malicious.

Over the weekend, Giuliani had indicated he would be working on the president’s impeachment defense before later saying he isn’t.