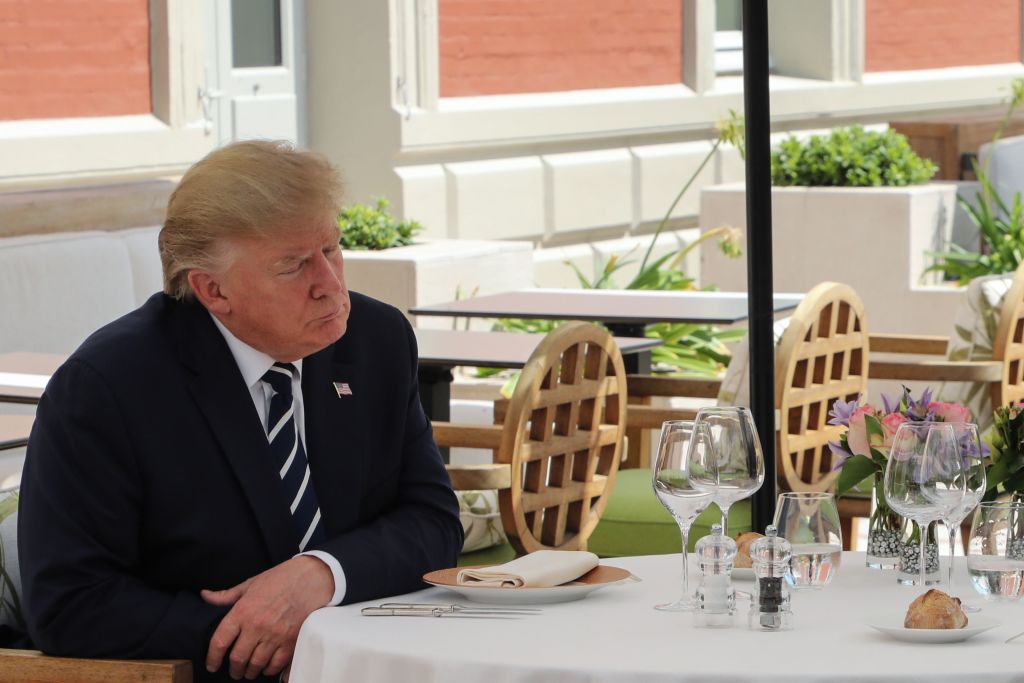 Former President Donald Trump will speak at an RNC donor retreat Saturday, at his Mar-a-Lago resort, where according to multiple reports, those donors will worry over Trump’s influence and ability to divert funds from the Republican Party.

Politico reports that donors want to limit Trump’s influence, and fear he will siphon off donations to his own PAC:

The Republican Party’s biggest donors are descending on DONALD TRUMP’S turf, Palm Beach, this weekend to huddle over the future of the party. But don’t take the location as a sign that these donors will be pledging allegiance to Trump at the RNC’s spring retreat, like the grassroots did at CPAC in Orlando last month.

The program will focus on how to grow the party after Trump’s 2020 defeat. And a big part of that, said one attendee who advises a top Republican donor, is limiting Trump’s influence if the GOP is going to win back the suburbs.

“The thing on every donor’s mind is how much sway Trump should have on the party,” this person told Playbook, citing disappointment among donors about Trump’s role in the Jan. 6 riot and the losses in the Georgia Senate races.

Another worry among GOP officials and fundraisers ahead of the big event, as reported by McClatchy’s Adam Wollner this week, is that Trump’s “own political group will cannibalize a significant portion of the party’s financial base heading into a critical midterm election cycle.”

The Hill similarly reports that donors are concerned Trump may even hit donors up for his own PAC — at their own event:

There’s some concern that Trump will use his speech as an opportunity to plug his own political action committee, Save America, and urge donors to give directly to his group instead of the Republicans’ traditional campaign institutions, like the RNC and National Republican Congressional Committee — a proposal he’s already publicly floated.

Trump has already told supporters to send their donations to his own PAC, instead of to the Republican Party, so the concerns seem well-founded.