The Interview: Hallie Jackson on Trump and the 2020 Election 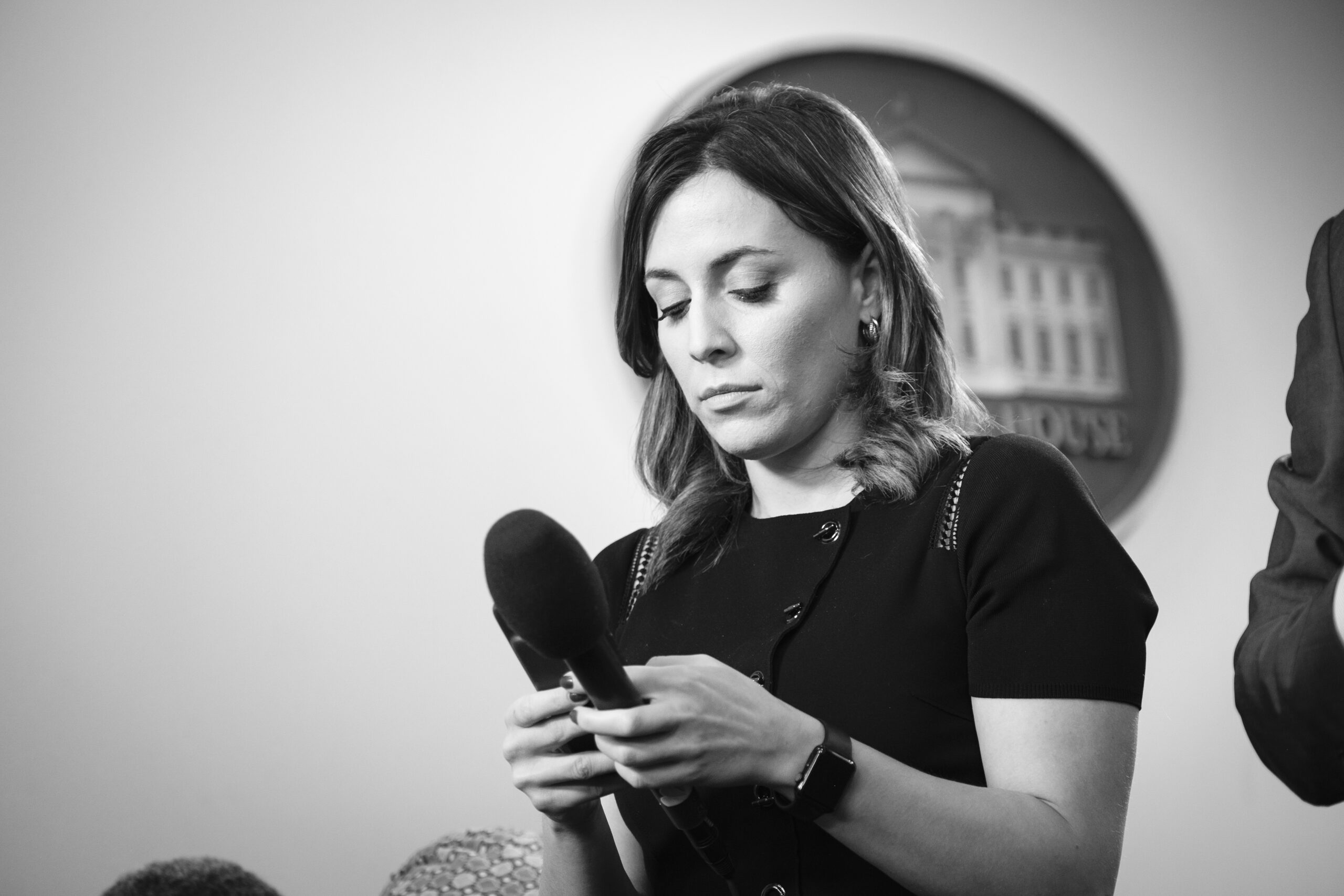 With less than a week remaining before Election Day, there are few better people to speak with than Hallie Jackson, the chief White House correspondent for NBC News and an anchor on MSNBC who has spent the last four years immersed in the Trump White House.

In between her gig hosting the 10 a.m. hour of MSNBC, Jackson has churned out scoops on the current administration — most recently breaking news of Stephen Miller’s positive Covid-19 test — and earlier this year took a break from Trump world to moderate a Democratic primary debate (while eight and a half months pregnant, I should note).

I asked Jackson on this week’s episode of The Interview what the mood inside the White House is now, as President Donald Trump embarks on a frenzied, last-minute campaign spurt, packing in multiple rallies a day, after recovering from the coronavirus earlier this month. Joe Biden, his Democratic challenger, has waged a quieter campaign amidst the pandemic, but has held on to his sizable lead in the polls.

Jackson said most Trump staffers are (at least outwardly) unfazed by the numbers, and often point to 2016 as proof that an upset can happen again.

“I don’t think there are a ton of people inside the Trump orbit who are writing off a victory,” Jackson told me. “But I do think there’s a sense of potentially bracing for some news that isn’t all positive come election night.”

“When you get inside some of these poll numbers, what’s interesting is the way that the president’s pandemic response has really affected him in some of these battleground states,” she explained, pointing to Wisconsin, a state facing a coronavirus surge that has moved sharply towards Biden.

Those numbers haven’t done much tightening since the final presidential debate, widely seen as the president’s last chance at mounting a comeback. The debate was hosted by Kristen Welker, Jackson’s colleague on the NBC News White House team.

The week before the debate was marred by a spat over a claim that Welker is biased against the president, which played out in the pages of the New York Post and on Trump’s Twitter feed (he deemed her “unfair”). Yet her performance as a moderator ended up being met with rave reviews, and Jackson points out that even Trump now praises Welker at his rallies.

“It is my hope that those who preemptively attempted to criticize her performance feel embarrassed,” Jackson said, calling her moderation “phenomenal.”

“Anybody who knows her knows that the criticism is so absurd as to be laughable if it wasn’t so completely off-putting.” 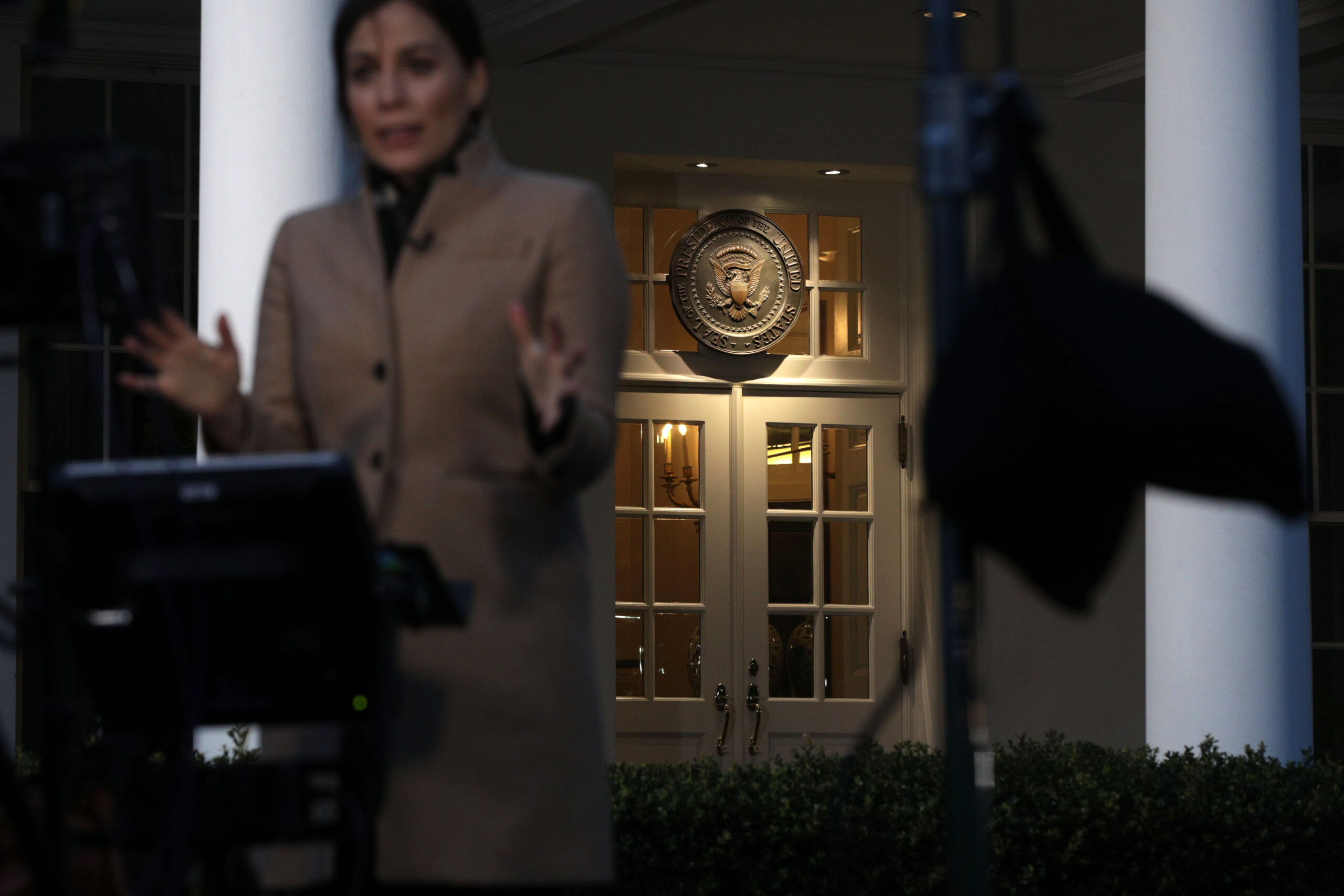 When Jackson returned from maternity leave in August this year, after the birth of her first daughter, she was back at the White House — and was shocked at the casual attitude towards the coronavirus held by the administration tasked with controlling it nationwide.

“I will just be very candid with you,” Jackson said. “It was very stressful to go into White House grounds. It’s also our job to do that to a degree. But we at NBC really took steps to limit our presence.”

NBC News is rolling out an impressive production for next week’s election, to be helmed by a star team of anchors broadcasting live from their headquarters in New York, as well as dozens of reporters scattered around the country monitoring stories like potential voter intimidation at polling sites.

Jackson is a key part of that well-sanitized machine. She hopes to be covering all things Trump on election night, as the campaign has announced its intention to host a bash at the Trump International Hotel in Washington D.C.

It’s a new hotel — its opening not-so-coincidentally coincided with Trump’s run for president — and has become a fabled destination for the denizens of Trump world. But there’s a chance it won’t be the center of the action on Tuesday night. Jackson said that while Trump can hold large scale events on White House grounds (federal property), a private property like the Trump Hotel is subject to the rules of the city, which remain strict during the coronavirus pandemic. Stay tuned…

Election night this year is might not resemble the neat-and-tidy, done by 3 a.m. night of 2016. Jackson pointed out that despite the president’s call for a decision on the next president to be reached on November 3rd, there has never been a certification election results on the night itself, and the pandemic is expected to prolong final results more than usual.

“It’s important for us is organizations to be transparent about that,” she said. “That’s why I think using language like, hey, votes are starting to be counted and we can project this happening.”

Listen to my full conversation with Hallie Jackson on Apple Podcasts.