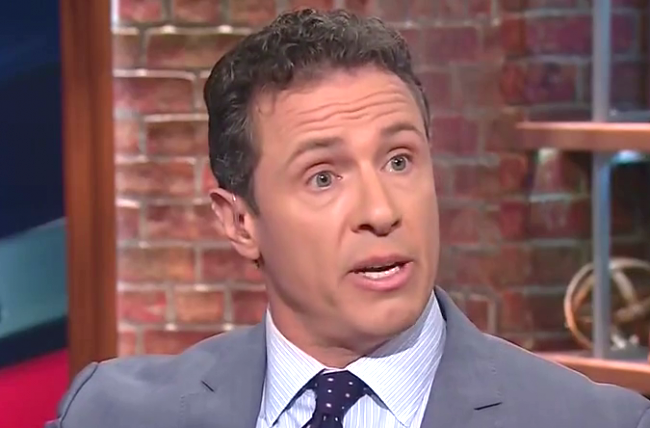 A Long Island bicyclist filed a police report against CNN’s Chris Cuomo, after he confronted the anchor for being outside during his battle with coronavirus, The New York Post reported.

The two apparently got in a heated exchange outside of Cuomo’s house in the Hamptons, where the anchor was socializing with his wife and three kids.

“Sometimes he’s scary stupid,” the 65-year-old man, who asked to be referred to as David, told The Post. “I just looked and said, ‘Is that Chris Cuomo? Isn’t he supposed to be quarantined?’”

Cuomo tested positive for the coronavirus in March and has been broadcasting from his basement while under quarantine. The anchor recently said on air that he continues to suffer from a fever and has not recovered.

Cuomo allegedly threatened David after being confronted, yelling, “Who the hell are you?! I can do what I want! I’ll find out who you are… This is not the end of this. You’ll deal with this later. We will meet again.”

“Your brother is the coronavirus czar, and you’re not even following his rules — unnecessary travel,” David responded.

According to the Hamptons resident, the report was filed on Monday afternoon, and the police told David that he would be happy with how they were handling the complaint.

“I don’t want some jackass, loser, fat-tire biker being able to pull over and get in my space and talk bullshit to me, I don’t want to hear it,” Cuomo said on his SiriusXN program on Monday, referring to the incident. “I want to be able to tell you to go to hell, to shut your mouth.”

CNN did not respond to Mediaite’s request for comment.