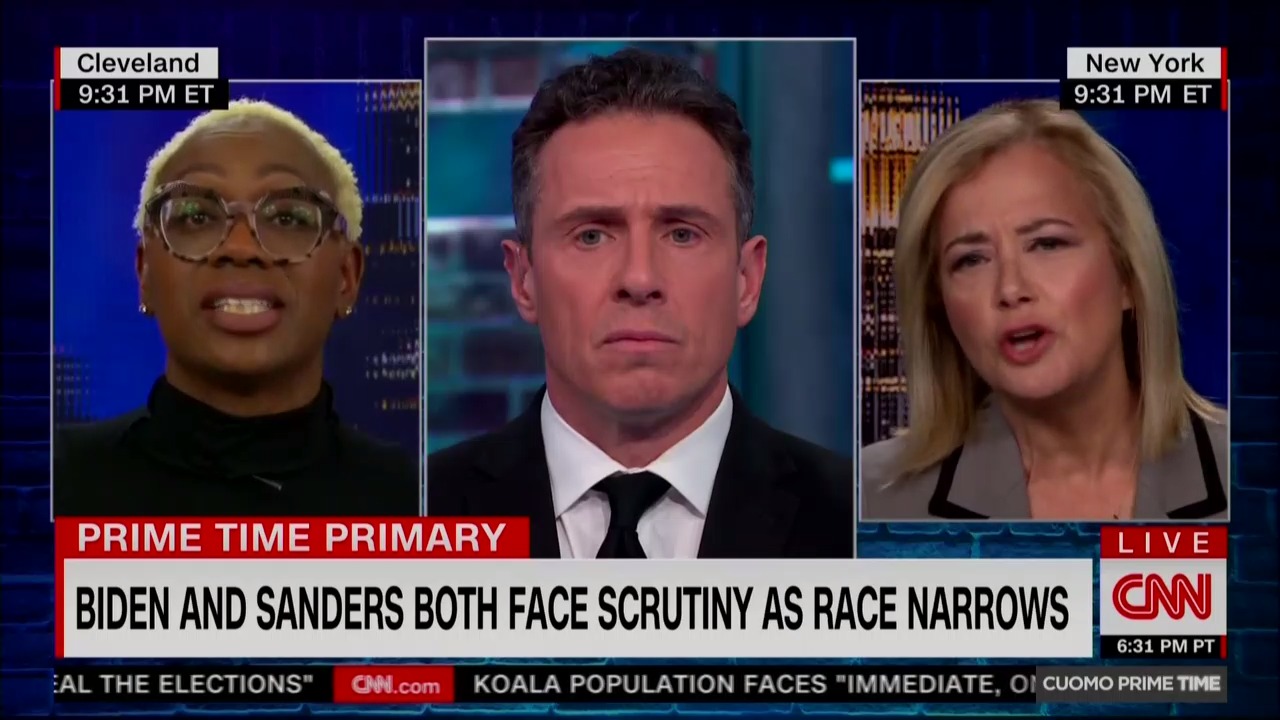 Democratic strategist Hilary Rosen has apologized to Nina Turner, the campaign co-chair for Sen. Bernie Sanders, after a clash on CNN, but is now under fire for invoking the phrase “angry black women” in her apology.

On Thursday night’s Cuomo Prime Time, Turner referenced a Dr. Martin Luther King Jr. letter, in which he stated, “I must confess that over the past few years I have been gravely disappointed with the white moderate.”

“That is the kind of Democratic Socialism that [Sanders is] talking about, even though [FDR] didn’t call it that … It’s in the spirit of the Reverend Dr. Martin Luther King Jr. who, in his letter to the Birmingham jail, warned us — us being the black community — about white moderates,” Turner said.

Rosen claimed Turner had misquoted Dr. King, instigating a heated clash between the two women, which Rosen has now apologized for on Twitter:

On air thurs I said my colleague @ninaturner didn’t have standing to use MLK Jr.That was wrong. I am sorry for saying those words. Pls no need to defend me and attack angry black women. They have standing. I always need to listen more than I talk. We rise together

The apology itself, however, has sparked criticism due to Rosen’s use of the words, “angry black women.”

Watch it for yourself. @hilaryr was wrong. Full stop. She said Nina didn’t have THE STANDING to quote MLK which is PEAK white woman. Then turned around and referenced “angry black women” in her faux apology. Hilary needs to watch from the sidelines now. pic.twitter.com/SFqfIt6UiD

She actually used the phrase “angry black women” in her apology to a black woman. https://t.co/ha8d4Sa3vl

LOL Perfect example. Folks will engage in misogynoir, then turn around and say “we rise together”

“No need to defend me and attack angry black women”

She really used “angry black women” in this “apology” tweet? Please don’t let this woman back on the air.

This is the kind of wh*te w*man who will — I guarantee it — start crying about bullying for being held accountable. https://t.co/Ajqp1n4jGq

“Angry black women”. This is at least as racist as telling a black woman she doesn’t have any standing to talk about MLK. I say this as a Biden supporter who is embarrassed by your white feminism:

Hillary Rosen, this is a terrible apology. Do better. https://t.co/C9gTybnwgF

I don’t have time to dissect this. But suffice it to say, do better: “No need to defend me and attack angry black women. They have standing.” https://t.co/gAQzRawhuR

Love that she says that there’s no need HERE to attack angry black women. Indicating quite clearly that there are times when there IS that need.

You meant what you said, and you said it with your chest.

The dem party has become completely unhinged. @ninaturner made the most ridiculous & flat out racist argument I have ever seen about #Biden2020. Now you think @ChrisCuomo would step in but at this point we see @hilaryr apologizing??pic.twitter.com/pPtIrOiKod