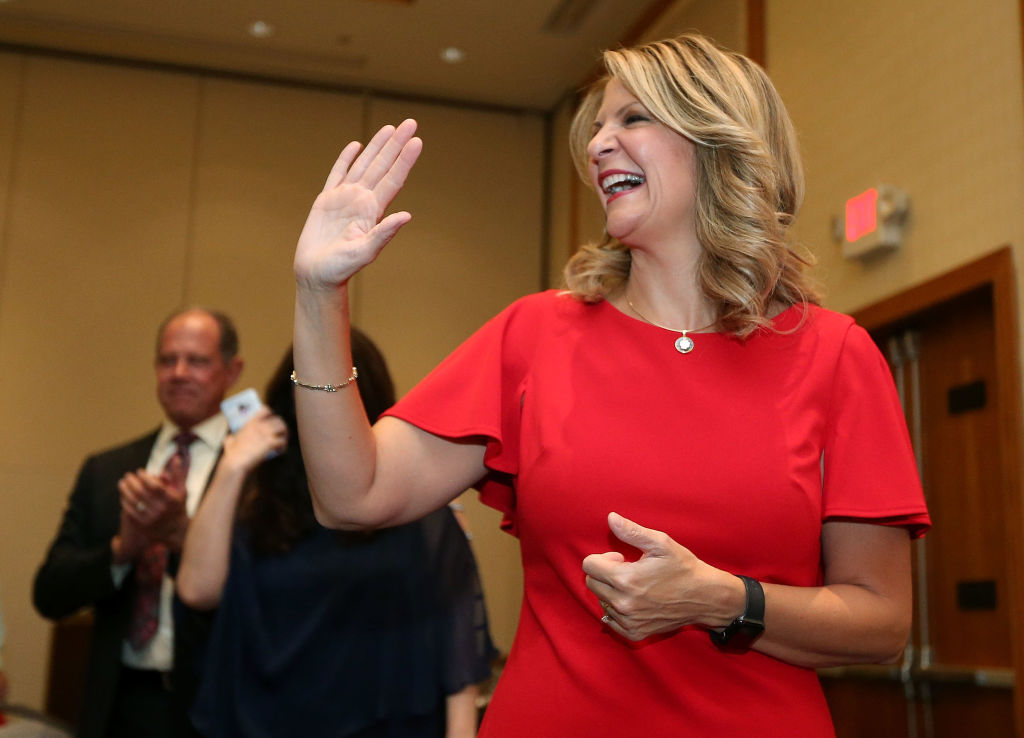 Arizona GOP chair Kelli Ward was a vocal supporter of former President Donald Trump’s voting fraud conspiracies and lawsuits, but when it comes to her own recent re-election as state party leader she has little patience for baseless recount requests.

This past Saturday, Ward won a narrow, three percentage-point election as chair of the state’s Republican Party. And on the same day, Ward’s party caucus reiterated its ongoing support for the former president by voting to publicly censure former Senator Jeff Flake, current Governor Doug Ducey, and Cindy McCain, widow of deceased Senator John McCain for insufficient loyalty to Trump.

But in the days after the election, Ward’s challenger in the runoff race for party chair, businessman Sergio Arrellano, came out in favor of a hand recount of the tally, which Ward won by just 42 votes. The party, however, shot down the idea of an unnecessary recount that had no chance of changing the ultimate result in an email to members on Thursday. And Ward likewise found little value to satisfying any nagging questions about the integrity of the vote count in an interview on Friday.

Speaking with KFYI radio host James T. Harris on “The Conservative Circus,” Ward explicitly rejected many of the very same procedural demands she had endorsed in aftermath of Joe Biden’s presidential victory. Back in December, Ward personally signed on to a U.S. Supreme Court lawsuit challenging her state’s certified election results, after both a county judge and the state Supreme Court dismissed as meritless its claim that sufficient votes had been stolen from Trump to flip the state blue.

“Dr. Ward, just so we get clear on this. I just want to clear on this,” Harris asked in discussing the recount request. “We spoke to Sergio Arrellano and he said he requested an audit. Did I hear you correctly say you don’t have any procedures in place to conduct an audit in this type of an election?”

“There’s no procedure, process, rule that allows for it to be done,” she explained, before shifting to a clearly dismissive tone. “You certainly don’t allow a challenger who lost an election to demand something that they don’t have the right to and we don’t have the responsibility for providing. And you especially don’t let that challenger who lost the election determine how it will be done.”

During Trump’s relentless but wholly unsuccessful to overturn the 2020 election, his campaign’s legal team repeatedly demanded access to voting machines and the right to inspect individual ballots, as part of its conspiracy theory that it could then prove what was, in fact, non-existent fraud.

That fact was not lost on online critics, who seized on Ward’s hypocrisy.

Quite a different tune than the one she was singing 3 days ago: https://t.co/IqAXZQfQlA pic.twitter.com/afFm86cEsv

No one will ever be able to convince me that Kelli Ward is not a performance artist. https://t.co/eC9jw8alnG

Can’t make it up. https://t.co/erO0rpHAvn

ahahahahaha look at this this amazingly complete fucking hypocrite https://t.co/B78qb9CBlh

Everyone is getting what they deserve. https://t.co/LHABwlFTDE

Listen to the audio above, via KFYI-AM.