James Comey Pens Op-Ed After Release of Horowitz Report: ‘Those Who Smeared the FBI Are Due for an Accounting’ 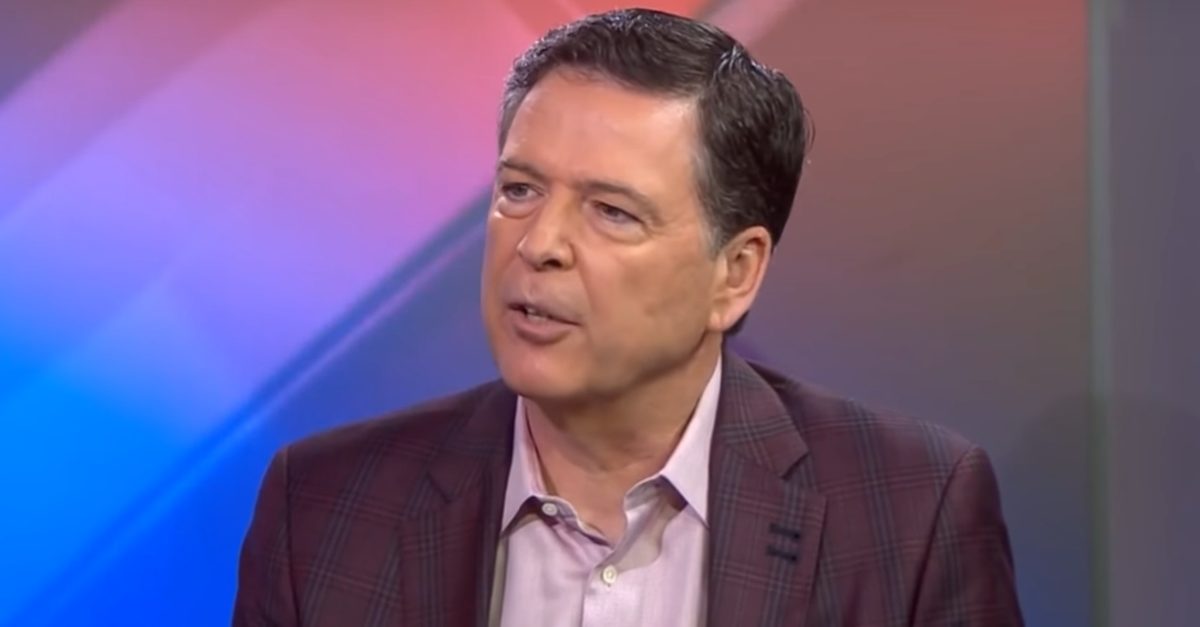 Former FBI Director James Comey today penned an op-ed for the Washington Post on today’s release of the OIG report, saying, “Although it took two years, the truth is finally out.”

The report from DOJ inspector general Michael Horowitz (which you can read in full here) found that “the quantum of information articulated by the FBI to open the individual investigations on [George] Papadopoulos, [Carter] Page, [Michael] Flynn, and [Paul] Manafort in August 2016 was sufficient to satisfy the low threshold established by the Department and the FBI” and that they did not find evidence of political bias influencing the decision to open the investigation.

However, the report is also unsparing of many serious FBI errors, pertaining to the Carter Page FISA application process, omissions in renewal applications, and reliance on information from Christopher Steele:

We identified at least 17 significant errors or omissions in the Carter Page FISA applications, and many additional errors in the Woods Procedures. These errors and omissions resulted from case agents providing wrong or incomplete information to OI and failing to flag important issues for discussion. While we did not find documentary or testimonial evidence of intentional misconduct on the part of the case agents who assisted OI in preparing the applications, or the agents and supervisors who performed the Woods Procedures, we also did not receive satisfactory explanations for the errors or problems we identified.”

Comey writes in WaPo, “That’s always unfortunate, but human beings make mistakes. Inspector-general reports are valuable because they offer the chance to learn. Horowitz also concluded that a low-level FBI lawyer doctored an email as part of the administrative process leading to the renewal of the application for electronic surveillance of the former campaign adviser. Although it is not clear what difference that made, it is still potentially serious wrongdoing and does not reflect the FBI culture of compliance and candor.”

He goes on to rail against the “torrent of smears and falsehoods flowed from the White House, from some congressional committee chairmen, the attorney general and Fox News personalities” and says that after Horowitz’s findings, “those who smeared the FBI are due for an accounting”:

The painful part is that millions of good people believed what they heard. My 89-year-old mother-in-law, watching Fox News in her Iowa assisted-living facility, became convinced that I was going to jail. I repeatedly assured her that there was a zero percent chance of that. “It’s all made up,” I would tell her. But I couldn’t say that publicly because the investigation wasn’t done yet. Like the others accused of treason by the president, I respected the process and cooperated with the inspector general.

John Durham, the attorney chosen by Barr to conduct a review of the origins of the Russia investigation, put out a statement today saying, “Based on the evidence collected to date, and while our investigation is ongoing, last month we advised the Inspector General that we do not agree with some of the report’s conclusions as to predication and how the FBI case was opened.”