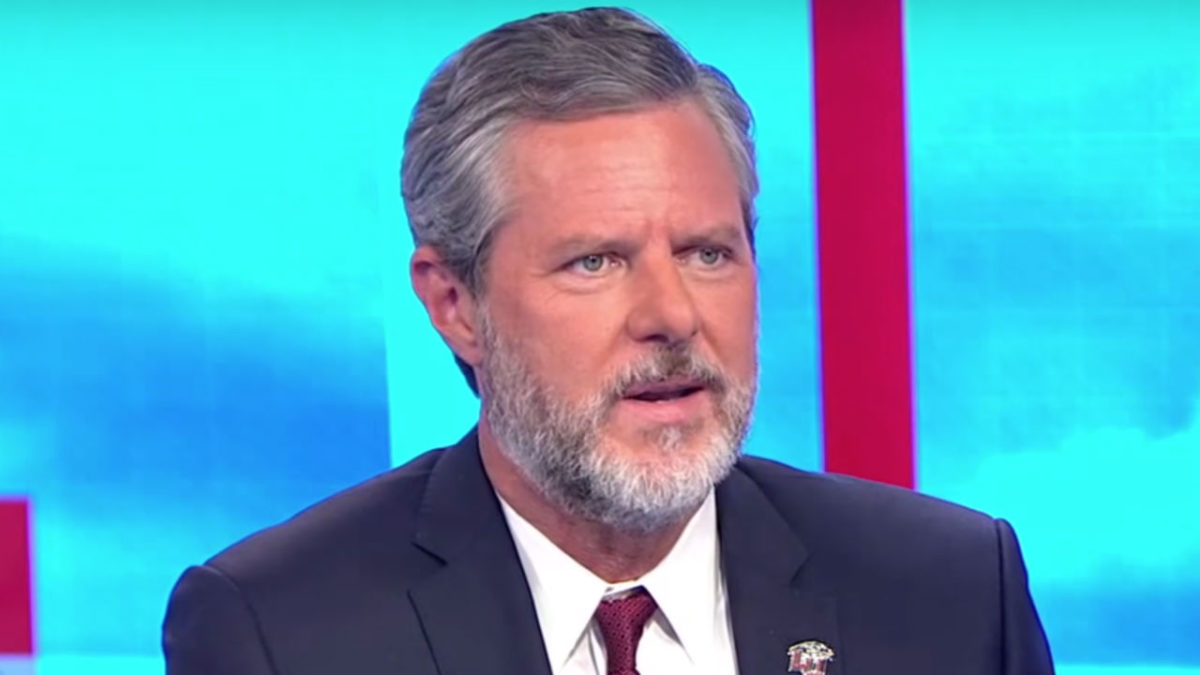 Liberty University President Jerry Falwell Jr. apologized for the anger he sparked with a controversial Twitter attack launched at Virginia Governor Ralph Northam, as multiple black staffers of the university resigned in protest.

The outrage began two weeks ago when Falwell lashed out at Northam’s requirement for Virginians to wear masks to prevent the spread of the coronavirus. Falwell decided to invoke the scandal over Northam’s medical school yearbook page, which featured a photo of two men, one wearing blackface and another in Ku Klux Klan robes.

Falwell Jr. decided to put that photo on a face mask.

“I was adamantly opposed to the mandate from Northam requiring citizens to wear face masks until I decided to design my own,” the university president said in his now-deleted tweet. “If I am ordered to wear a mask, I will reluctantly comply, but only if this picture of Governor Blackface himself is on it!#VEXIT#EndLockdownNow” 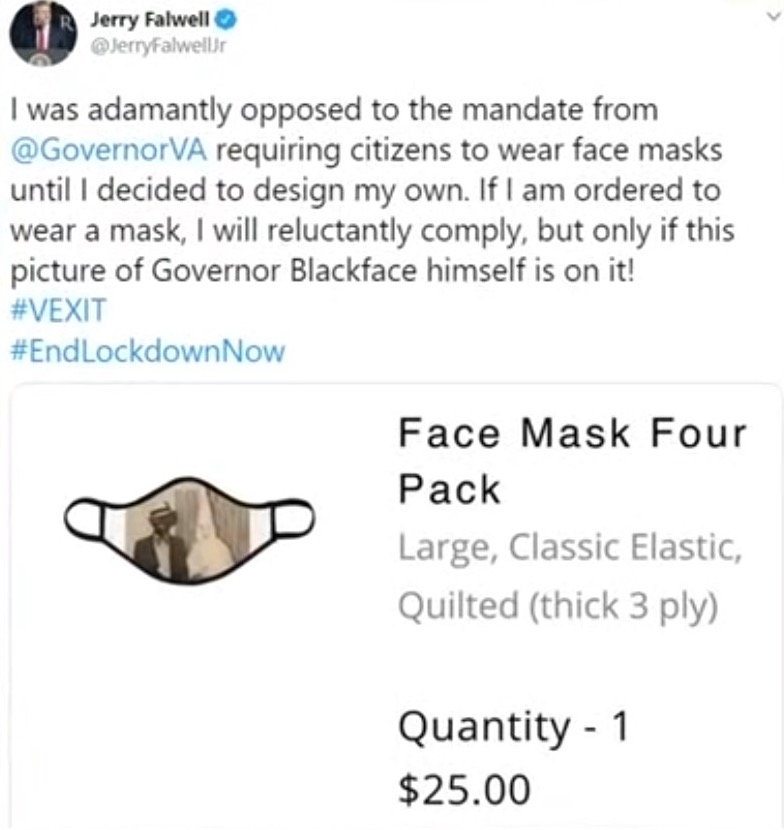 African-American staffers and alumni of the university criticized Falwell for the tweet. Nearly 3 dozen black Liberty University graduates signed a letter demanding that Falwell delete his tweet, apologize, and meet with them to talk about his rhetoric and behavior.

For several years, you have said and defended inappropriate statements that represent Liberty and our faith very poorly. You have belittled staff, students and parents, you have defended inappropriate behaviors of politicians, encouraged violence, and disrespected people of other faiths. We were all taught at Liberty about the sanctity of life (Jeremiah 1:5) and the dignity of every human – made in the image of God (Genesis 1:27), and yet, you have repeatedly violated and misrepresented core Christian principles (Romans 12:9-21) through brash tweets and statements that harm our Christian witness.

Washington Post also reported that multiple black staffers have resigned from their jobs the school, with some arguing Falwell’s tweet was emblematic of broader issues with race at Liberty University.

I have resigned my position as Liberty University Online Admissions Counselor effective immediately. I cannot in good faith encourage people to attend a school with racially insensitive leadership and culture. It is a poor reflection of what Jesus Christ requires of us.

Falwell dismissed the outrage when he spoke to the paper, but on Monday, he put out an apology for his tweet.

After listening to African American LU leaders and alumni over the past week and hearing their concerns, I understand that by tweeting an image to remind all of the governor’s racist past (Part 1/3)

I have deleted the tweet and apologize for any hurt my effort caused, especially within the African American community. (Part 3/3)