Jerry Nadler Calls Out Tlaib and Omar While Condemning Trump for Anti-Semitism: Cartoon They Shared Had ‘Vile’ Message 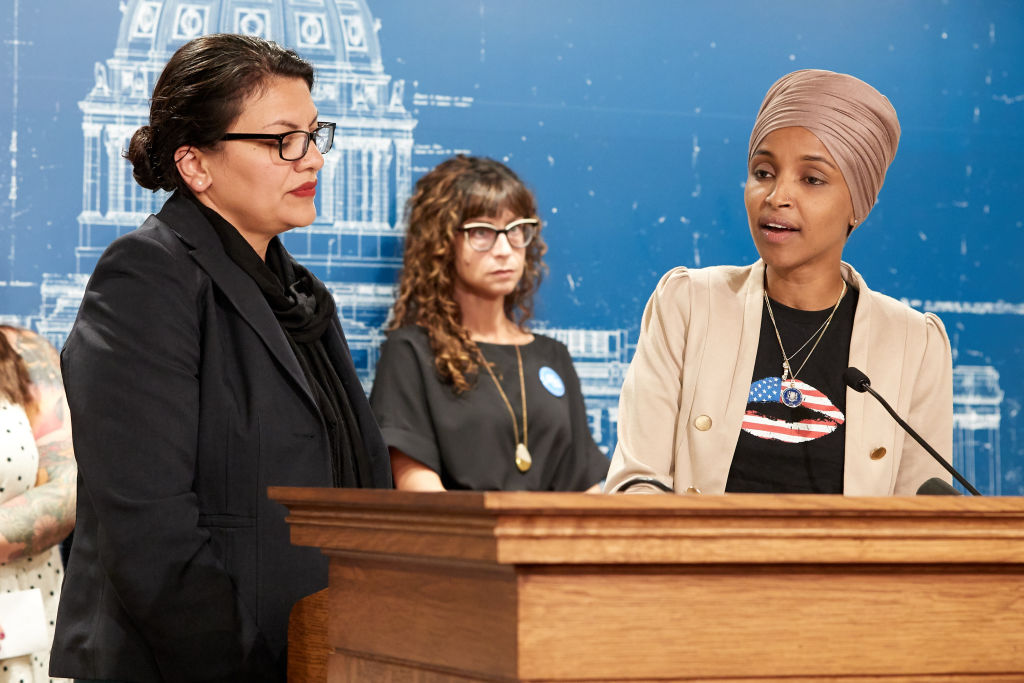 Congressman Jerrold Nadler called out fellow Democrats Rashida Tlaib and Ilhan Omar for forwarding a cartoon that carried the same “vile underlying message” about the “disloyalty” of Jewish Americans as the anti-Semitic trope that President Donald Trump has endorsed the past few days.

Nadler, who is a prominent member of the House Democratic caucus and who is also Jewish, was referring to a cartoon by Carlos Latuff depicting Israeli Prime Minister Benjamin Netanyahu holding his hand over Tlaib’s mouth while Trump held his hand over Omar’s mouth. Both Tlaib and Omar shared the cartoon on their respective Instagram feeds earlier in the week.

The growing anti-Semitism in our political dialogue is repugnant. @realdonaldtrump’s comments about disloyalty are a vicious and dangerous anti-Semitic trope. And the Carlos Latuff cartoon forwarded by @RepRashida and @Ilhan can surely be read for its vile underlying message.

Latuff is long-term virulent critic of Israel and has invoked the Holocaust in his past work to attack Israel for its treatment of Palestinians. He first posted his cartoon to his Twitter feed last week where he called out the leaders of the US and Israel as engaging in a “war against freedom of speech, a war against everyone who dare to criticized Israel’s apartheid.”

Trump-Netanyahu’s war on @RashidaTlaib and @IlhanMN is a war against freedom of speech, a war against everyone who dare to criticize #Israel‘s apartheid.

Trump has endured a torrent of criticism for his remarks this week — which he has doubled down on — that Jewish Americans were either ignorant or “disloyal to Israel” if they did not vote for Republicans.