Joe Biden Claims Bernie Sanders on Board with Spending Plan 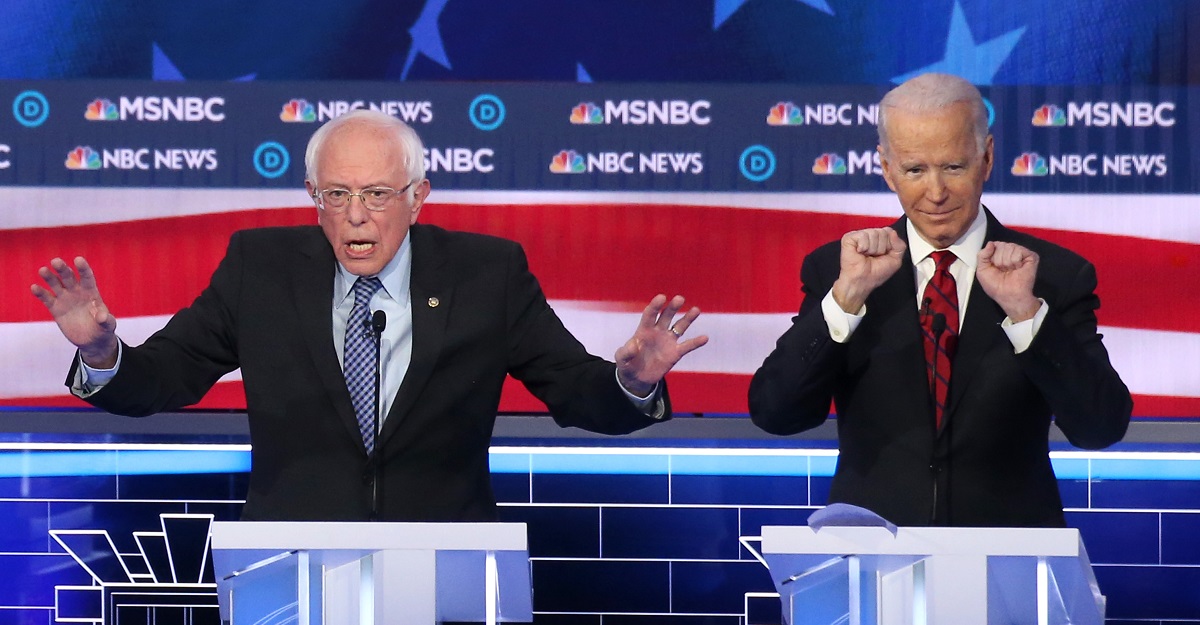 Sen. Bernie Sanders (I-VT) was reportedly rejecting a planned compromise on spending legislation in the Senate on Thursday, even as President Joe Biden claimed Democrats were all on board.

“Everybody’s on board,” Biden said during a Thursday a visit to Capitol Hill, where he was attempting to wrangle the final votes in Congress to pass his $1.5 trillion spending plan.

Sanders offered a different assessment the same morning. “Every sensible revenue option seems to be destroyed,” Sanders told reporters on Thursday. Asked whether he expected a vote on the plan this week, he responded, “I don’t think so.”

I asked @SenSanders if there will be an agreement on the reconciliation package today or a vote on BIF this week.

“I don’t think so… Every sensible revenue option seems to be destroyed.” He said every “progressive” option has been “sabotaged.”

Biden is seeking to pass a $1.5 trillion plan that includes spending and policy initiatives in areas that include climate change, family leave, and immigration. An initial proposal would have spent $3.5 trillion — $2.5 trillion less than the figure Sanders supported. The number was pared in order to satisfy Senate Republicans and two key Democratic holdouts, Sens. Joe Manchin (D-WV) and Kyrsten Sinema (D-AZ).

Biden was on Capitol Hill meeting with lawmakers for more than an hour as of late Thursday morning without any word of whether progress on a deal had been made.