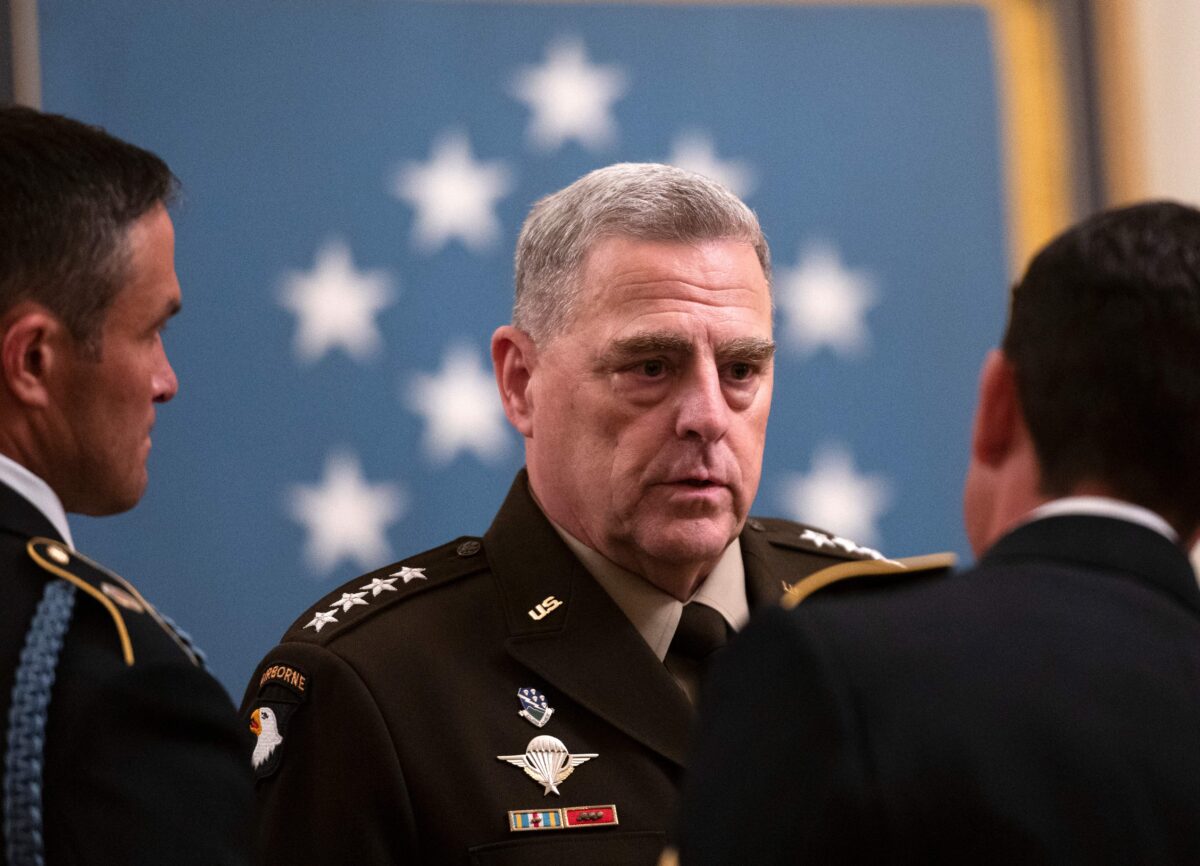 Axios’ reporter Jonathan Swan dropped a pretty fascinating scoop about alleged backchannel communications led by the Chairman of the Joint Chiefs of Staff Mark Milley and network executives regarding the military’s possible role on election day.

Swan reports of an “off-the-record video call” that took place with top generals and network anchors over the past weekend to address and dismiss any speculation that the U.S. military would involve themselves in the presidential election. Swan noted that he personally did not witness the call, but cited two people familiar with the call.

Milley told the anchors that the U.S. military would have no role whatsoever in a peaceful transfer of power, one source added.

One official told the anchors not to be alarmed if they see images of uniformed National Guard on Election Day; currently, they are not federalized but serving at the request of governors.

Through a spokesman, Milley and the other generals declined comment.

The 2020 election has thus far been one of the most unique political endeavors in modern American history as voters fight through serious concerns of a global pandemic, and suggested threats of violent unrest by the most anarchic followers of both President Donald Trump and former Vice President Joe Biden.