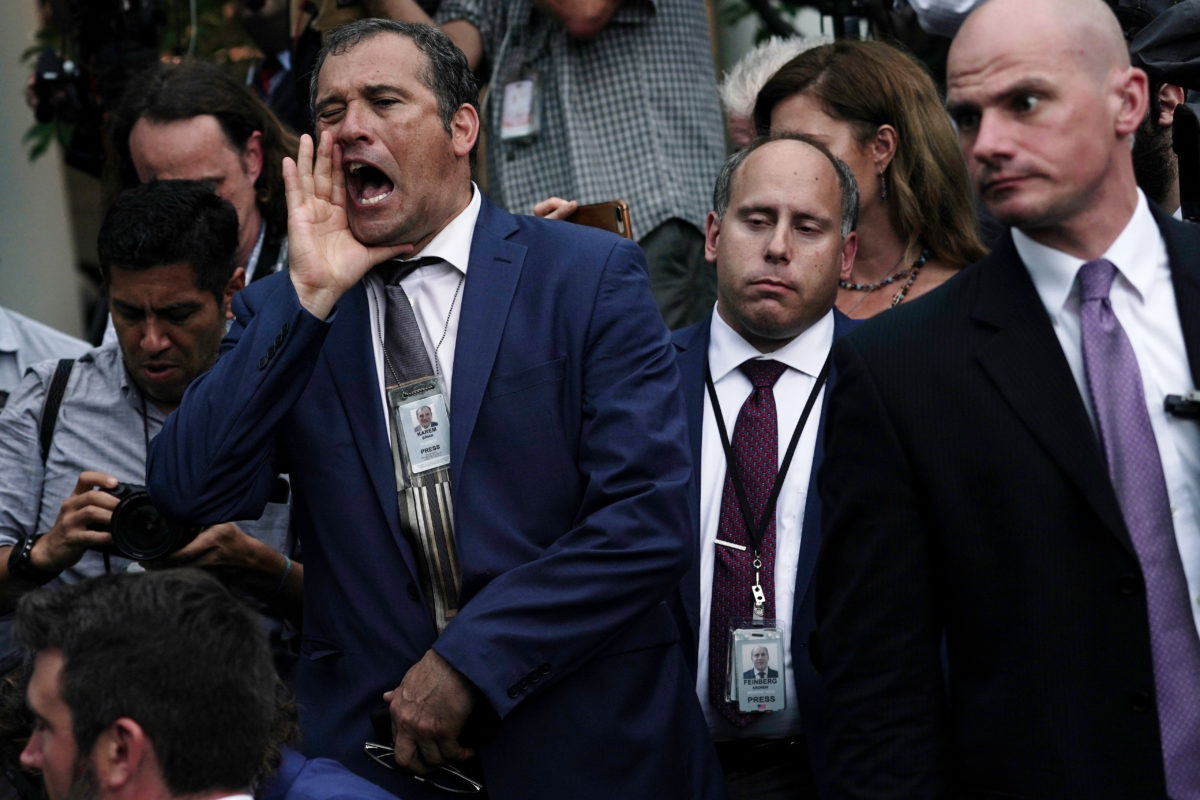 A federal judge in D.C. has ordered the White House to restore Playboy correspondent and CNN analyst Brian Karem‘s hard pass after he got a suspension.

Karem took legal action after White House press secretary Stephanie Grisham suspended his hard pass for 30 days over his very loud and heated confrontation with Sebastian Gorka You can review video from the event here and here. (Karem appeared on CNN Sunday and Brian Stelter questioned him on his unprofessional conduct.)

NOW: A federal judge in DC has ordered the White House to reinstate reporter Brian Karem's suspended press pass, finding he's likely to succeed in challenging the decision to temporarily revoke it after a Rose Garden incident https://t.co/LWKQZ1ZWHF pic.twitter.com/7DtdnLxaO9

Breaking: Just received word from D.C. District Court that our TRO has been granted and the WH must restore my press pass immediately. @realDonaldTrump

Thank you to @BoutrousTed and his fantastic team. Free Speech and Due process win!

UPDATE — 7:50 pm ET: A statement from Grisham tonight says the White House disagrees with the decision and that it “essentially gives free reign to members of the press to engage in unprofessional, disruptive conduct at the White House.”

Statement from @PressSec: "We disagree with the decision…" pic.twitter.com/LmDogH9umG