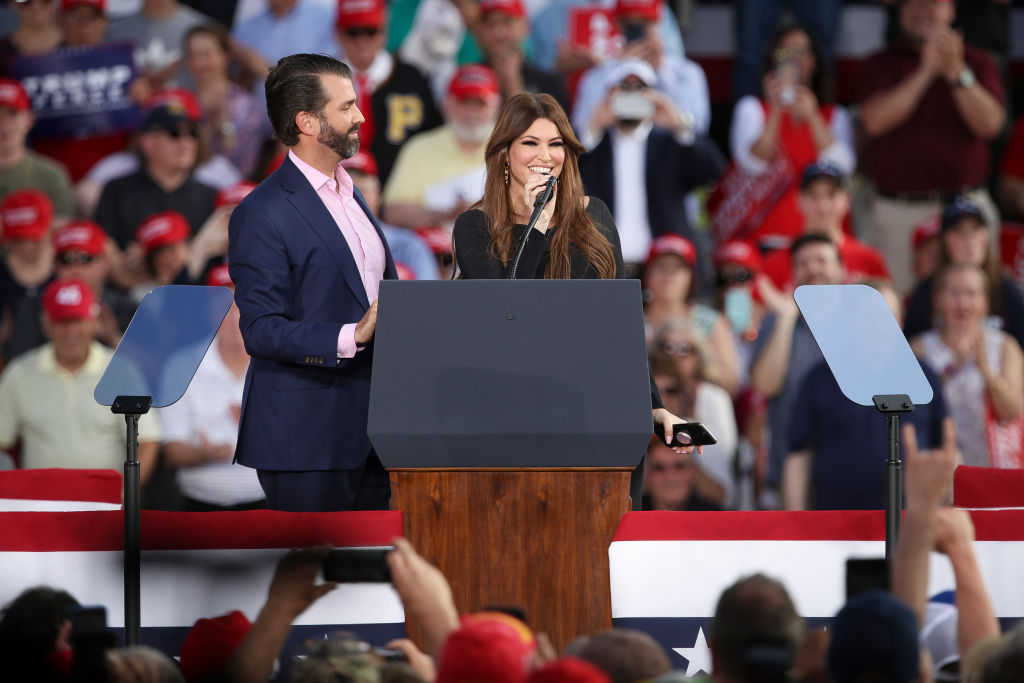 According to a New York Times story by reporter Maggie Haberman, Guilfoyle, a former Fox News commentator, was found to have the virus ahead of President Donald Trump’s trip to an Independence Day event at Mt. Rushmore. Guilfoyle, who has been dating Trump Jr. since 2018, is a member of the Trump 2020 campaign and a vocal surrogate of President Trump.

Citing a “person familiar” with what happened, Haberman reported that Guilfoyle “was never was with POTUS, and neither was Don Jr., who tested negative.”

NEW – Kim Guilfoyle, girlfriend of Donald Trump Jr. and a top campaign official, tested positive for coronavirus in SD ahead of attending Mt Rushmore event, according to a person familiar w what happened. She was never was with POTUS, and neither was Don Jr., who tested negative.

In a reply to her original tweet, Haberman added that neither Guilfoyle nor her boyfriend accompanied Trump on Air Force One to South Dakota. “They’re expected to drive back to the east coast to avoid contact with other per the person familiar.”

Neither ever went to the event w Trump and didn’t travel on AF1. They’re expected to drive back to the east coast to avoid contact w others per the person familiar.

The positive test from someone deep within Trump’s personal inner circle presents an embarrassing and inconvenient contradiction for Trump, who earlier this week downplayed the pandemic and said it would “just disappear” and it comes amid a massive spike in Covid-19 cases across dozens of states that fueled the country to a single-day record of more than 55,000 new coronavirus cases.