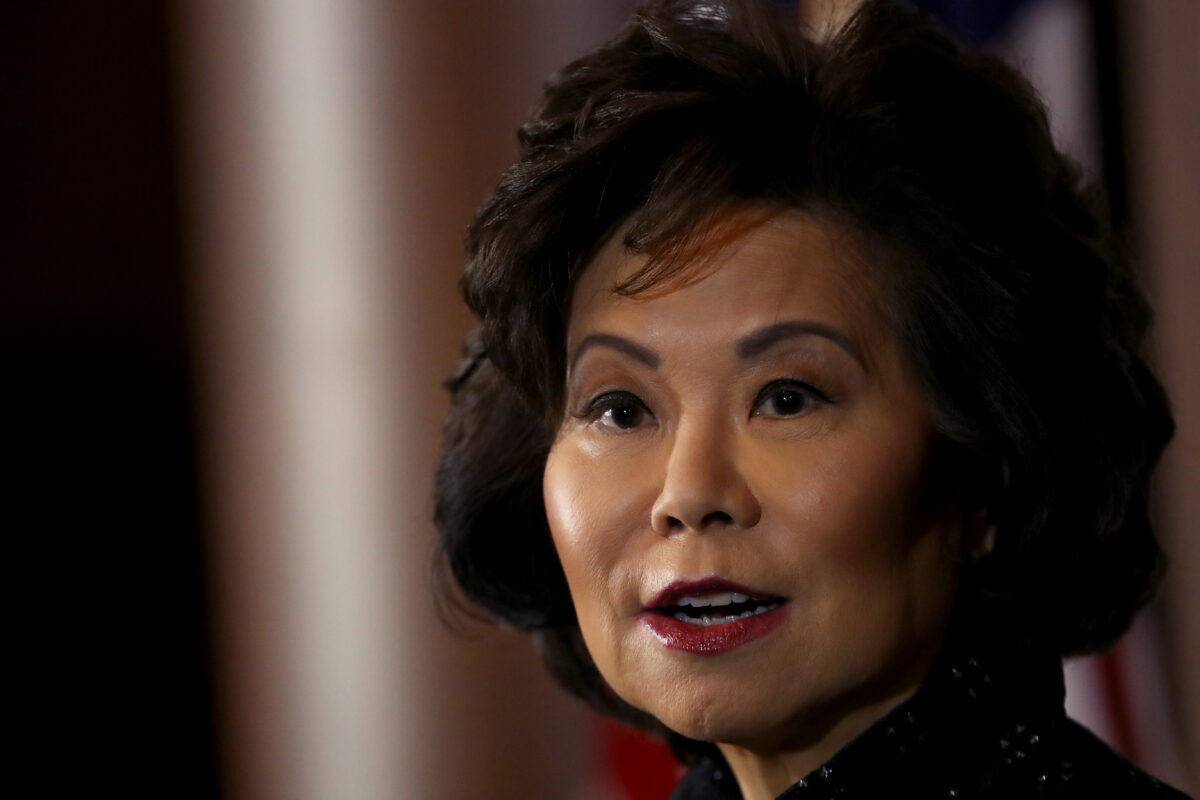 In the waning days of the Trump administration, the Department of Justice declined to pursue a criminal investigation of Transportation Secretary Elaine Chao, despite an extensive report from her agency’s Inspector General recommending that course of action.

The details of DOT IG’s 44-page report were revealed in the New York Times on Tuesday afternoon, which laid out the claims that Chao repeatedly misused her office to benefit her family and its business interests in China. The internal agency probe of Chao, who is married to Senate Minority Leader Mitch McConnell, was prompted by a 2019 Times exposé that revealed how Trump’s top Transportation official had pressed aides into tasks and personal errands for her family in the run-up to a (subsequently) cancelled trip to China that was to include her father and brother.

The investigators also found that she repeatedly asked agency staff members to help do chores for her father, including editing her father’s Wikipedia page, promoting his Chinese-language biography, and directing two staff members from the transportation secretary’s office to send a copy of her father’s book “to a well-known C.E.O. of a major U.S. corporation” to ask if he would write a foreword for the book.

In one instance, staff members for Ms. Chao’s office were assigned in 2017 to check with the Department of Homeland Security on the status of a work permit application for a foreign student studying in the United States who had received a scholarship from a Chao family foundation, the report said. The student, according to the report, had interviewed Ms. Chao’s father, James Chao, at the New York headquarters of the family’s shipping company in order to share Mr. Chao’s experience “with Chinese millennials.”

Despite an extensive listing of Chao’s inappropriate use of staff resources — which had prompted numerous complains from DOT employees — the DOJ’s criminal and public integrity divisions both refused to launch official probes of her conduct. Chao, who declined to participate in the IG investigation, abruptly resigned on January 7th, citing the previous day’s Capitol insurrection as her motivation.