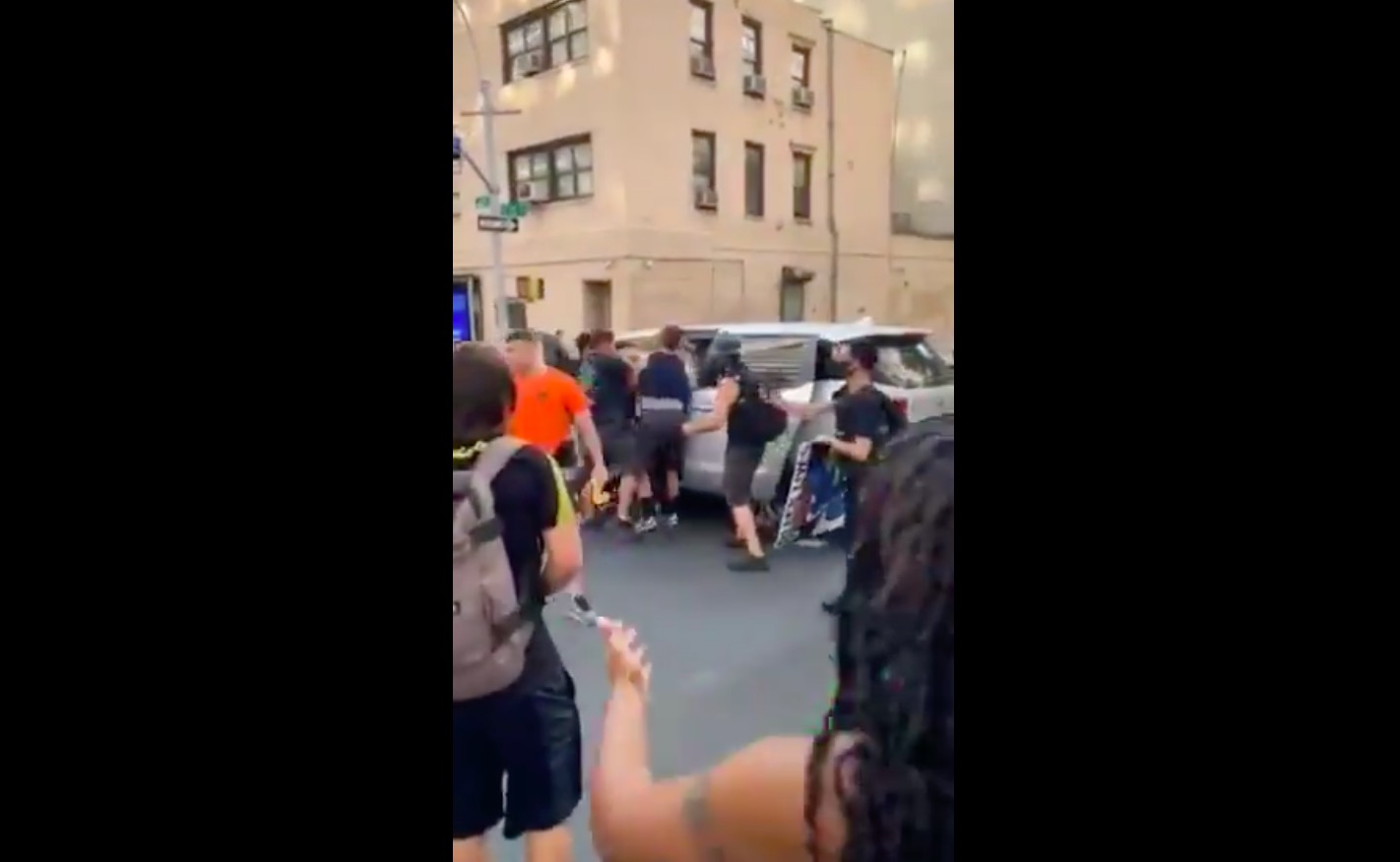 A viral video showing a group of NYPD officers dragging a protestor into an unmarked van during an anti-police brutality protest in Manhattan Tuesday night has drawn outrage on social media and scrutiny from elected officials.

The scene, reminiscent of those seen in Portland, Oregon, was caught on video by journalist Michelle Lhooq, who said it took place at 2nd Ave. and 25th St. in Kips Bay.

NYC is taking after Portland – a trans femme protestor was pulled into an unmarked van at the Abolition Park protest – this was at 2nd Ave and 25th Street pic.twitter.com/1PDhSYuK9h

Another angle of plainclothes officers pushing a protester into a minivan on 2nd Ave near 25th earlier tonight. “We were skateboarding and eating pizza,” said one witness. “We didn’t see where they came from. All of a sudden they grabbed Nicki. It was like a kidnapping.” pic.twitter.com/rzymNjlVVo

New York Congressman Jerry Nadler (D) wrote that the arrest was “terrifying and should be unacceptable to everyone who respects the constitutional rights this country was founded on.”

“There must be an immediate explanation for this anonymous use of force,” he added.

This video—of a protester in New York City being thrown in an unmarked van—is terrifying and should be unacceptable to everyone who respects the constitutional rights this country was founded on.

There must be an immediate explanation for this anonymous use of force. https://t.co/mwAYknRLnz

In a statement posted to the NYPD News Twitter page, police said the protestor was “wanted for damaging police cameras during 5 separate criminal incidents in & around City Hall Park” and claimed the “arresting officers were assaulted with rocks & bottles.”

When officers from the Warrant Squad took the woman into custody in a gray NYPD minivan this evening, they were assaulted with rocks and bottles. The Warrant Squad uses unmarked vehicles to effectively locate wanted suspects.

Many took to social media to condemn the arrest of the protestor, which was compared to a kidnapping by MSNBC host Chris Hayes.

The NYPD descended on a peaceful protest, and threw an organizer in this unmarked van. This is so terrifying and beyond unacceptable https://t.co/PC7Fijepnh

The woman they kidnapped must have also destroyed all the cameras that caught this, because all the footage circulating so far would indicate that this is a lie. https://t.co/JlgAgJrDB7

Not a single video circulating of this incident so far shows any officers assaulted with rocks, bottles or anything else. https://t.co/RQAD12xGs6

Sen. Ted Cruz (R-TX) appeared to defend the arrest, taking issue with Hayes’s description that it looked like a kidnapping.

Odd term for an arrest. https://t.co/BkJDebNdMW

The protestor was identified on social media as Nicki.

The trans woman who was kidnapped has been located and there is a GoFundMe to help her find housing when she is released https://t.co/Qsstm2mPgZ