Larry Kudlow Calls Out Trump’s Failure to Condemn Capitol Riot as It Happened: I Hoped He’d ‘Make Statements Calling Everybody Back and Stopping the Violence’ 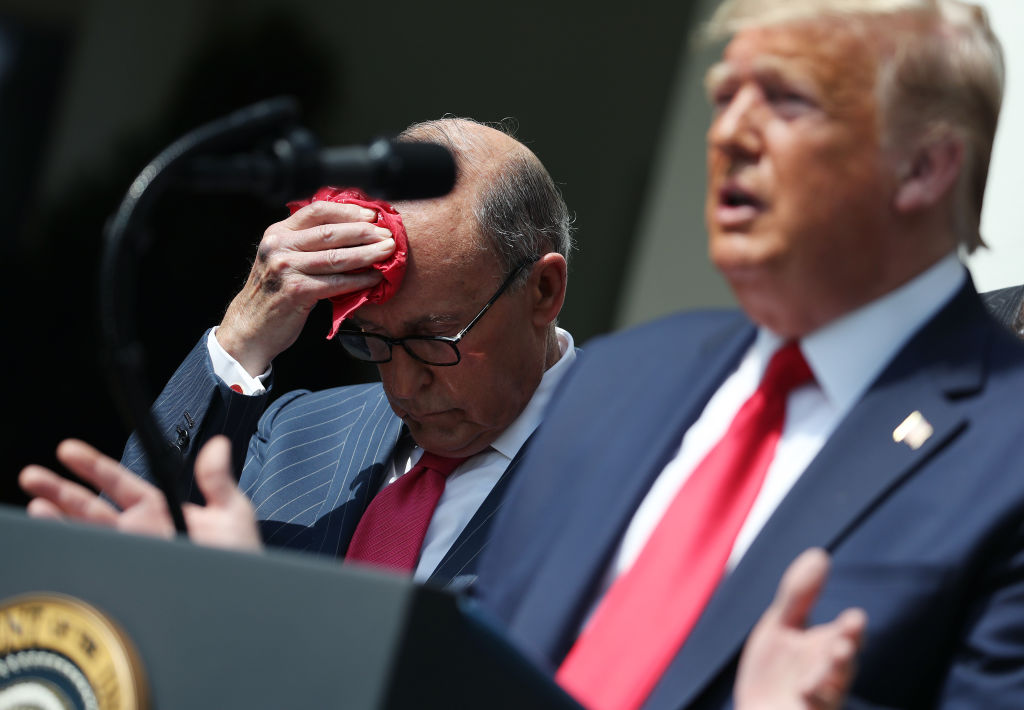 In an interview with the Wall Street Journal, Ludlow expressed frustration with his boss’s conduct on January 6th, in which the president reveled in the rioters laying siege to Congress and further pushed election fraud conspiracies, when he tweeted the chaos occurring in real-time was what happens “when a sacred landslide” is “viciously stripped.”

“I was hoping that he would come out quickly and make statements calling everybody back and stopping the violence,” Kudlow told the Journal during a long conversation. “I was very disappointed in the president.”

Mr. Kudlow joined the ranks of administration officials who have publicly criticized the president’s actions in relation to the riot. Three cabinet secretaries and several senior officials across the administration have stepped down in the aftermath of the attack

The NEC director weighed the possibility of resigning in the aftermath of the riot, but ultimately decided against it. After speaking to other senior White House officials, Mr. Kudlow said, “we decided we needed to do the work of the country in the last 10 days or so.”

Kudlow, however, stopped short of directly linking Trump’s rhetoric to inciting the violence inflicted by MAGA supporters on the Capitol, which ended up killing one police officer. And he pushed against on the bipartisan effort to impeach Trump.

The president’s ongoing mania with overturning the 2020 election by pushing baseless and repeatedly debunked fraud claims was a self-inflicted wound that could tarnish Trump’s economic legacy.

“Once the electoral college declared Mr. Biden to be president-elect, we would have been better advised to acknowledge that and to pivot toward talking about our positive achievements and the policies that generated those policy achievements,” Kudlow told the Journal.

Perhaps not coincidentally, Trump has been reportedly disappointed with a number of White House officials who, he feels, have failed to sufficiently defend him in the final, disastrous weeks of his presidency. Kudlow, according to the Washington Post, was among them.