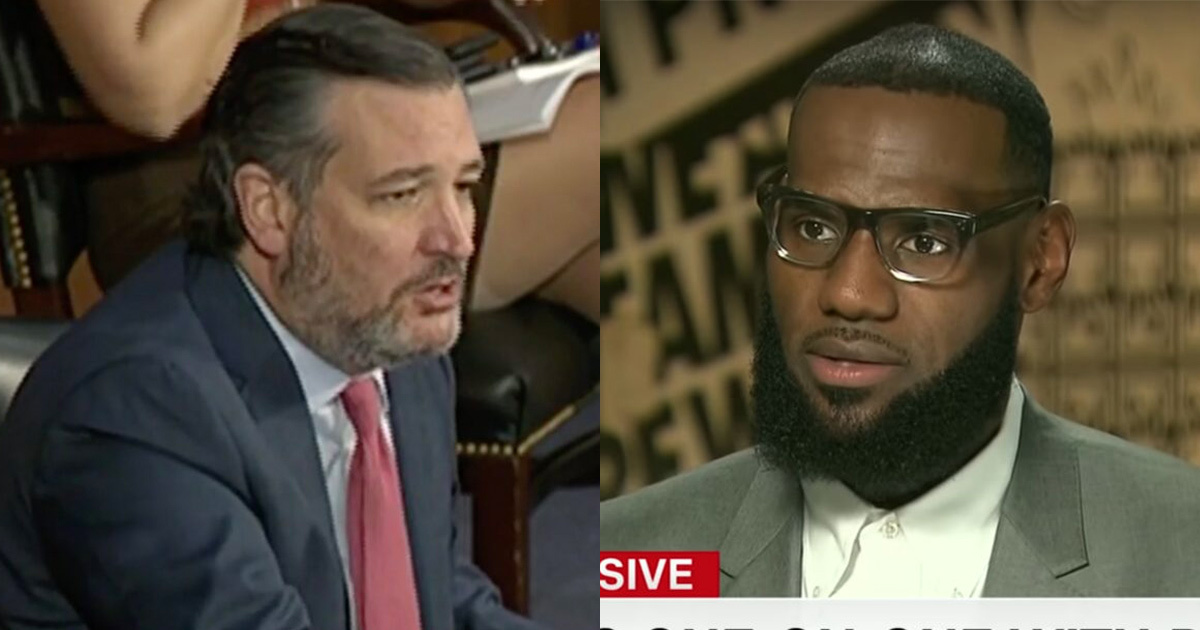 Texas GOP Senator Ted Cruz tried to take a shot at basketball superstar LeBron James, but King James wasn’t having any of it.

It all began with a video for the advocacy group More Than A Vote, which James co-founded in the wake of the killing of George Floyd in May 2020. The video featured former NFL player and convicted dog murderer Michael Vick, who served just under two years in federal prison after pleading guilty to financing a dog fighting operation, and killing several animals. Vick was released from prison in 2009, and went on to play in the NFL for years before announcing in 2017 that he had retired.

Vick has been open about the challenges he faced in getting his right to vote restored in Florida, and how More Than A Vote, in partnership with the Florida Rights Restoration Coalition, helped him.

Noted Cancun day-tripper Cruz, who has vehemently opposed restoring felons’ voting rights in his own state, re-tweeted the Vick video, along with what he might have thought was a pithy reminder of Vicks’ crimes.

“It is certain, in any case, that ignorance, allied with power, is the most ferocious enemy justice can have,” James tweeted.

“It is certain, in any case, that ignorance, allied with power, is the most ferocious enemy justice can have.” James Baldwin https://t.co/kiCgLCFMWZ

Although Cruz hadn’t responded to James at the time this story was published, it’s possible that King James’ tweet may only serve to encourage the senator, who is known for his multiple public beefs with celebrities and politicians.