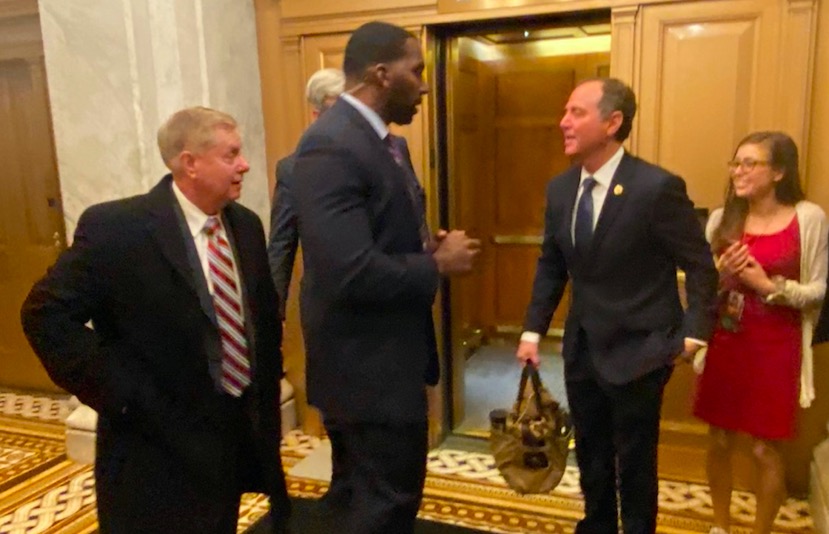 Senator Graham and Chairman Schiff, who are both leading voices on opposite sides of the impeachment of President Donald Trump, could be seen shaking hands.