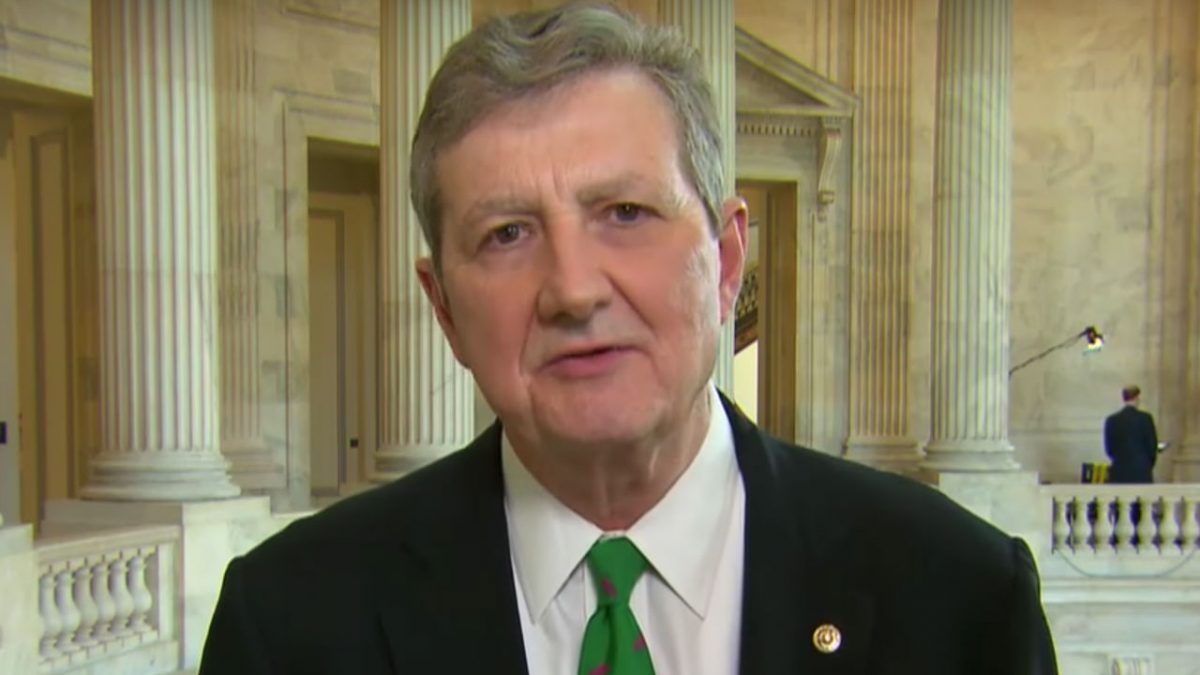 According to CNN, the Louisiana Republican felt Warren’s legislative measure unfairly targeted those soldiers who chose to end the Union and fought to preserve slavery. To defend his argument, Kennedy engaged in a classic attempt of whataboutism, trying to argue that many well-respected members of the military were also guilty of racial discrimination.

“I think history will show that in the 18th century, in the 19th century, and well into the 20th century, there were many non-Confederate generals, soldiers and others, in both the South and the North who practiced racial discrimination, anti-Semitism and misogyny,” Kennedy said to the press. “Sen. Warren’s amendment, in my opinion, picks on the South unfairly.”

Kennedy’s defense of “the South” comes as numerous statues of Confederate generals have come down — some legally, some not — amid the nationwide unrest over racial injustice and police brutality following the police killings of Breonna Taylor, George Floyd, and, most recently, Rayshard Brooks. Last week, Trump strongly opposed the Warren amendment, saying he “will not even consider” renaming the bases, arguing that removing the names of treasonous Confederates from places like Fort Bragg and Fort Benning would somehow taint the military legacies of units and soldiers who had been deployed from there.
However, CNN reported that numerous GOP Senators seemed to signal their openness to stripping the supporters of sedition./
“Republican leaders acknowledged Tuesday that the language will likely survive in the bill, given that it would take 60 votes to strip it out on the floor and there are a sizable number of Republicans who likely will join the 47 Democrats to keep the provisions in tact,” the CNN story explained. “That means Trump lacks the votes to remove the language, increasing the likelihood that the annual defense measure will land on his desk with the provisions — even as the White House has threatened to veto the plan over it.”
For his part, Kennedy has tried to solve the lingering Confederate Army legacy upon the U.S. military that fought it in the Civil War by proposing his own amendment that would rename all military bases and installations after Medal of Honor recipients.